Needles in a haystack: Searching for isolated neutron stars in a massive catalog

Status: Accepted to Monthly Notices of the Royal Astronomical Society 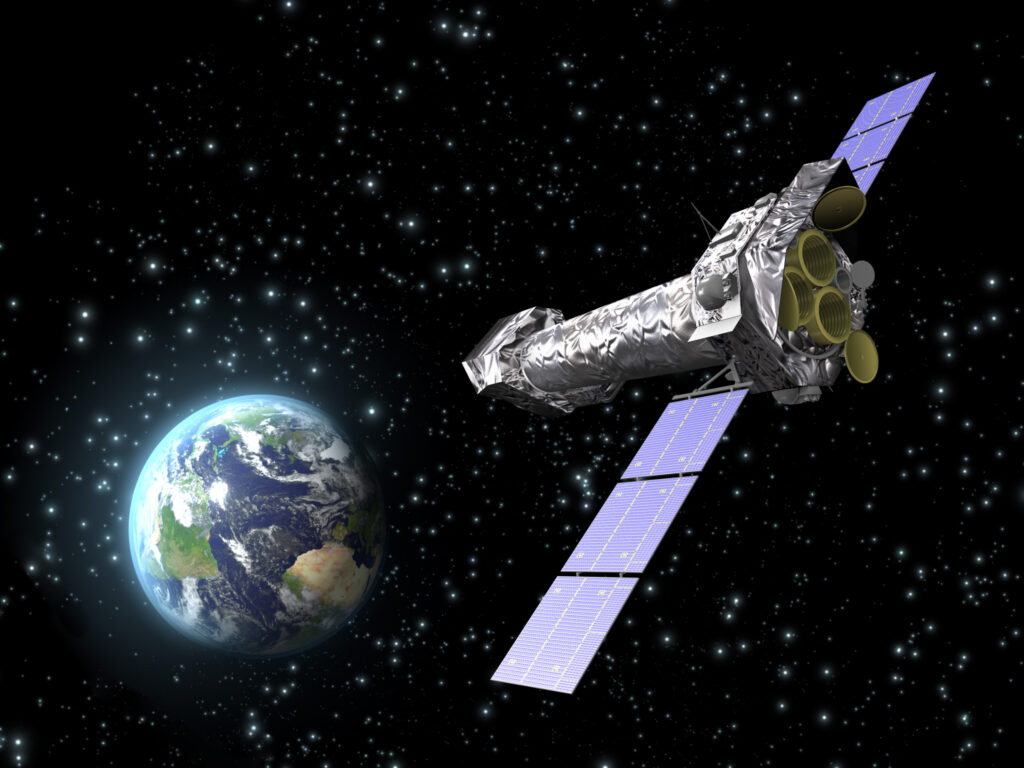 Figure 1: XMM-Newton has been one of the leading x-ray telescopes for the past two decades, observing supermassive black holes, searching for dark matter and finding mysterious high-energy transients. The observatory recently released a large catalog of sources – and astronomers dived right in. Artist’s impression. Image credit: ESA-C. Carreau.

Everything in the universe glows – planets, stars, you, me, bananas. Thermodynamics tells us that because these things contain heat, they emit some amount of light, however small. Hotter objects emit this light at shorter wavelengths; cooler objects emit this light longer wavelengths. We refer to this as black body radiation, which astronomers typically refer to as thermal radiation. Thermal radiation stands in contrast to other ways astronomical objects can emit light, which we lump into the category of – appropriately enough – non-thermal radiation. Non-thermal radiation includes mechanisms like synchrotron radiation, which we often see from objects with strong magnetic fields.

Many astronomical objects are observed primarily through their black body emission, but there are some notable exceptions. Plenty of neutron stars – the dense, magnetized, spinning cores of dead massive stars – emit radio waves through non-thermal mechanisms we don’t fully understand. We refer to these as radio pulsars, and they make up a substantial fraction of all known neutron stars. Neutron stars that don’t pulsate – or whose radio beams are pointed away from us – are much harder to detect. This means we have to search for them by looking for whatever thermal emission they give off. Since neutron stars are extremely hot, with temperatures in the hundreds of thousands to millions of Kelvin, their thermal emission peaks in x-rays. Therefore, one way to detect isolated, radio-quiet neutron stars is to look for x-ray sources with their characteristic spectrum. Today’s paper presents the results of a meticulous search through an x-ray catalog of over half a million objects. The result? Possibly four never-before-seen neutron stars.

The authors of today’s paper chose the recently-released 4XMM-DR10 catalog, containing the results of 849,991 detections by the XMM-Newton x-ray space telescope. Some of these detections are from the same source, meaning that there were a mere 575,158 candidate objects to trawl through – still way too many to examine by hand. Therefore, the group created several tests to eliminate large numbers of sources right off the bat. They began by eliminating detections where there were instrumental issues and sources which were non-point-like or varied in time. They then considered hardness ratios, which describe how a source’s x-ray spectrum varies with photon energies, and eliminated the remaining sources with large uncertainties in these ratios, leaving only 34,141. 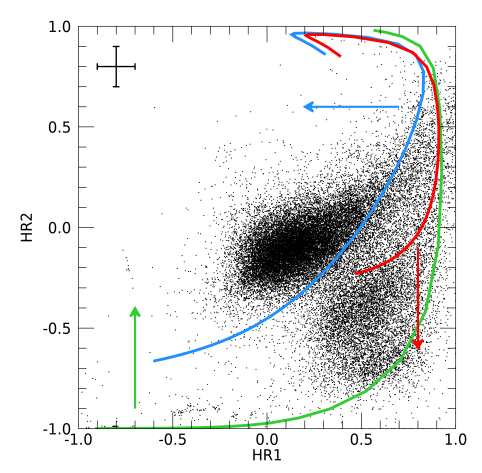 Figure 2: Hardness ratios tell us about how many photons lie in neighboring energy bands in a spectrum. HR1 and HR2 represent the ratios in the 0.2-0.5 keV and Plot of hardness ratios of all point-like sources in the 4XMM-DR10 catalog, along with curves denoting regions where different objects lie. Active galactic nuclei are towards the center, while stars are found near the bottom right. Image credit: Figure 1 in the paper.

The final steps involved the particular spectrum of a source. Thermally-emitting neutron stars are very dim at optical and infrared wavelengths; moreover, their x-ray spectra are soft, meaning there are more lower-energy x-rays (energies of ~1 kiloelectronvolts, or keV) than higher-energy x-rays (energies of >10 keV). Cutting out any remaining detections alternative spectral trends left the astronomers with 469 detections of 140 sources. 93 of these sources turned out to be either spurious or had optical counterparts the earlier analysis, and an additional 41 were known objects – supernovae, x-ray binaries, active galactic nuclei or previously-discovered neutron stars. This left 6 new sources with 15 total detections – about 0.01% of the entire catalog!

The 4XMM-DR10 catalog didn’t contain enough data for the group to properly study these objects, so they analyzed additional archival data from XMM-Newton and two other space-borne high-energy observatories, Chandra and Swift. This data ruled out two of the six sources as isolated neutron star candidates; the spectrum of 4XMM J181844.3−120751 didn’t quite match a black body, while 4XMM J220221.4+015330 varied with time and had enough optical emission which made it much more likely to be an active galactic nucleus or an x-ray binary.

The remaining four sources might well be thermally-emitting neutral stars, but there’s not yet enough information to say for certain. Different types of observations are needed; for example, since neutron stars move through space, astrometric measurements could confirm that their proper motions match our expectations. If the authors are right, there should be plenty to study about these objects, possibly including looking for x-ray hot spots or searching for a binary companion. It also makes you wonder – what else could be hiding in those 575,154 other sources?