Pulsars are dense, fast-spinning remnants of massive stars, emitting beams of radiation from their magnetic poles. As a pulsar rotates and these beams sweep across our line of sight, they appear as short, regular pulses. Some pulsars, spinning almost 1000 times per second, have had their rotation measured so precisely that they can be used to create a galactic-scale gravitational wave detector. Nanohertz-frequency gravitational waves are expected to minutely change when pulses from a pulsar reach an observer. By observing dozens of pulsars over years to decades, astronomers may be able to detect these low-frequency waves. At the moment, there are three major pulsar timing arrays: The North American Nanohertz Observatory for Gravitational Waves (NANOGrav), the Parkes Pulsar Timing Array (PPTA) in Australia, and the European Pulsar Timing Array (EPTA), the authors of today’s paper.

At the start of 2021, the North American Nanohertz Observatory for Gravitational Waves (NANOGrav) announced a possible signature in their 12.5-year data set consistent with – though not proof of – a stochastic gravitational wave background (GWB) formed by supermassive black hole binaries throughout the universe. While there was no definitive detection, the 12.5-year results have nonetheless increased excitement about subsequent PTA data releases. Today’s paper talks about the the newest gravitational wave search, from the second data release of the EPTA known as EPTA DR2. 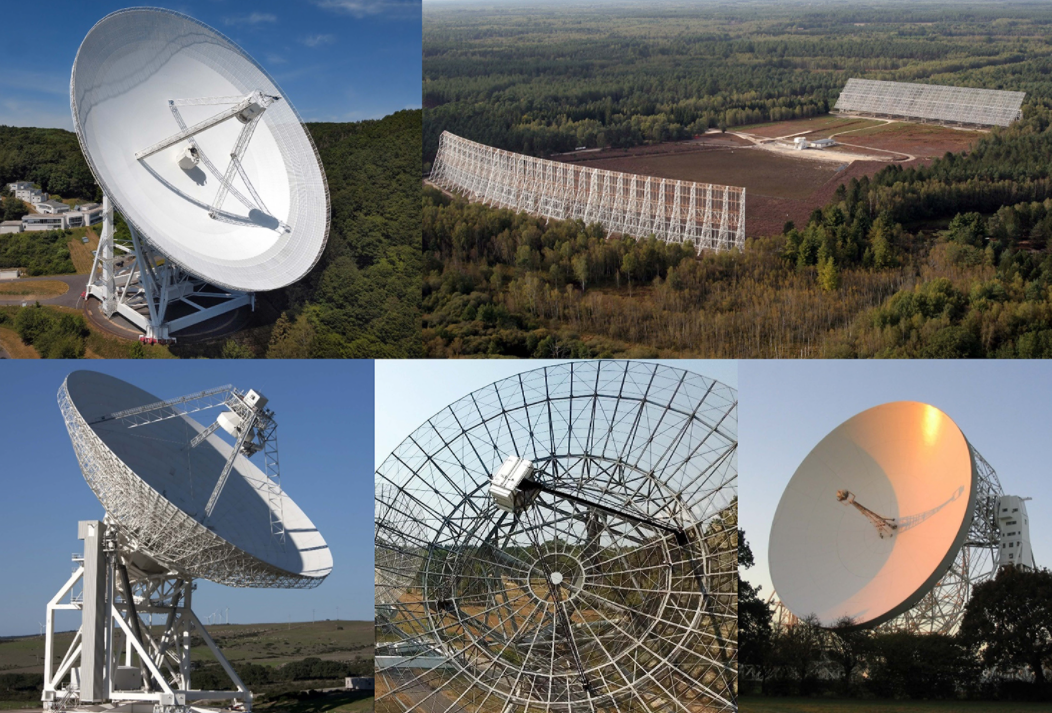 The EPTA uses five radio telescopes across Europe to monitor an array of over 40 pulsars. Today’s analysis only used data from six, the same ones used in the group’s first data release. The goal was to search for a common red signal (CRS) in the residuals of the times of arrival (TOAs) of observed pulses. A common red signal from a stochastic GWB should lead to a correlation between TOAs from pulsars at different angular separations, known as a Hellings and Downs curve – something that the NANOGrav 12.5-year analysis had not definitively seen. However, as usual, the EPTA group looked for more than just a GWB. A generic power-law spectrum can be characterized by an amplitude (often defined at 1/yr, or roughly 1 nHz) and a spectral index, the exponent in the expression encoding the spectrum’s frequency dependence. A GWB should have a spectral index of 13/3, but other types of CRS can lead to other spectral indices. Therefore, the team conducted multiple analyses, one restricting the spectral index to 13/3 and allowing the amplitude to vary, and another allowing both parameters to fall within a reasonable range. 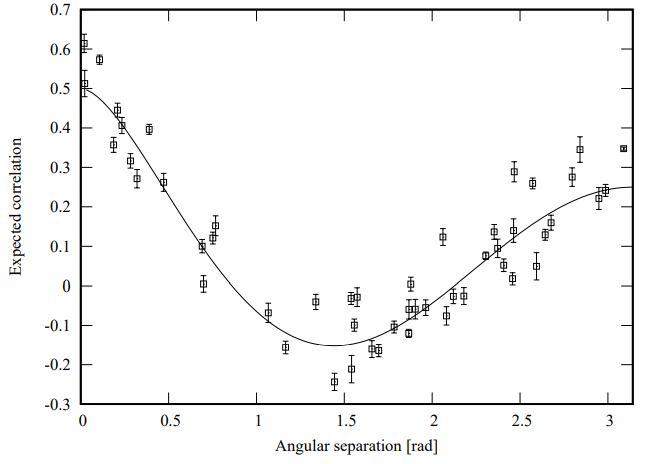 Figure 2: This theoretical Hellings and Downs curve, accompanied by simulated data points, is the spatial correlation characteristic of the stochastic gravitational wave background PTAs are searching for. While evidence of a Hellings and Downs correlation would be the crowning achievement in pulsar timing, one has yet to be definitively found. Image credit: Figure 4, Verbiest et al. (2021).

Unfortunately, the EPTA’s DR2 search did not reveal the long sought-after stochastic gravitational wave background. Their posteriors led to a GWB amplitude of 2.95 (+0.89/-0.72) x 10-15, somewhat weaker than NANOGrav’s even lower limit but still in agreement with it. The general CRS search yielded a spectral index of 3.83 (+0.82/-0.72) x 10-15 and an amplitude with a logarithm of -14.32 (+0.31/-0.39). Neither search showed adequate evidence of the spatial correlations evident in a Hellings and Downs curve.

This might seem discouraging, but it’s neither unexpected nor a bad thing. Six pulsars is an extremely small sample, and even though some of the observations go back 24 years, a detection would have been quite difficult. Furthermore, it’s encouraging that the EPTA’s analysis is “in general agreement”, as the authors put it, with the NANOGrav 12.5-year results. Since different PTAs use different telescopes, pulsars, software, pipelines and analysis methods, it is immensely valuable to compare constraints from different PTAs.

There remains plenty to be excited about, both with pulsar timing in general and with the EPTA. The group observes dozens of pulsars besides these six, and more pulsars and more data should mean better results. PTAs are constantly gathering new data, too, and NANOGrav and the Parkes Pulsar Timing Array will continue to improve their limits. Pulsars astronomers across the world have spent decades inching towards a definite detection of a stochastic gravitational wave background. Hopefully, the wait is almost over.

Author’s note: While I am a member of NANOGrav, I have not done any work on projects for the collaboration and played no role in the 12.5-year data release, the accompanying gravitational wave search or prior analyses.