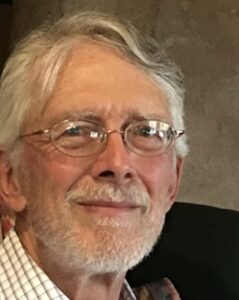 In this series of posts, we sit down with a few of the keynote speakers of the 240th AAS meeting to learn more about them and their research. You can see a full schedule of their talks here, and read our other interviews here!

Modern science moves at lightning speed, with new groundbreaking discoveries seemingly occurring every day. When the dust settles, though, few major works stand the test of time and serve as foundational knowledge for future generations. The work of Johannes Kepler, particularly his seminal Astronomia Nova, which provided his first laws and strong arguments for heliocentrism, is one such example. However, the original text of this work is written in Latin, meaning it remained inaccessible to many modern scholars. That is until Dr. William Donahue, this year’s recipient of the LeRoy E. Doggett Prize for Historical Astronomy, assumed the Herculean task of translating the entire 500+ page work into English.

Donahue’s incredible career centered around one mission: making the history of science more accessible. Through his original translations of groundbreaking works, his instruction and leadership at a number of schools (currently St. John’s College), and his work as co-founder and co-president of Green Lion Press—an academic publishing company dedicated to ensuring scientific textbooks are published with the care and pedagogy that the content deserves—Donahue is an expert in bringing science to those who wish to learn.

Nothing has fascinated him more than Astronomia Nova, though. “Kepler was the first person to take physical theory and attempt to reproduce observations about the orbits of the planets,” says Donahue. He has been working on the text for over 50 years, translating it and continually working to ensure that his publication of the work approaches Kepler’s as closely as possible. Precision in the text is both crucial and challenging, especially when Kepler introduced a number of new terms into the scientific lexicon through his work. The words are not the only crucial part of a faithful translation, though. Layout, especially of mathematical proofs, has the power to either aid the reader or confound them further. “Kepler worked very closely with printers and, in fact, at one point he had his own print shop when he was Imperial Mathematician and living in Winsome…He was in control of all the layout. He really cared about that kind of thing.”

Unfortunately, the layout done for the first edition of Donahue’s translation did not live up to his expectations. He began thinking about republishing the book according to a more faithful layout of Kepler’s original work. During this time, his wife was also teaching a class on Newton at St. John’s College. In her endeavors to convey this material to non-specialists, she created a lot of her own content that ended up composing a full book. However, layout again was of principal importance; the combination of this work and Donahue’s desire to create a faithful translation of Astronomia Nova inspired him and his wife to create Green Lion Press. “What started as a sort of self-publishing enterprise turned into a whole publishing company! It was a self-publishing enterprise that got out of hand,” Donahue notes. Since then, Green Lion Press has published over 30 academic works, specifically in the fields of history of science and history of mathematics, always working to ensure that the authors are given full control of their layout and vision in the publishing process.

For Donahue, translation is an ongoing process. Donahue recalls, “A publisher friend of mine said, ‘If you want to find a typo, just take the first copy from the printer, flip it open, put a finger down, and you’ll find a typo! The difficulty is, if you know the book really well, you will substitute from your own understanding what the word ought to be and you’re not going to see that error.” It takes a community to argue about the true meanings of words or the presence of certain errors in translation, so understanding of the text will evolve over time.

One of Donahue’s most memorable insights is that Kepler actually fudged some of his data in Astronomia Nova. Kepler sought to show that the Earth and Mars moved around the Sun in elliptical orbits using position triangulation. When Donahue tried to reproduce this result, he discovered that the numbers came out wrong. Ultimately, Kepler actually took his results from his own ellipse law instead of using the position triangulation. This meant that, while his argument that planets move on elliptical orbits was correct, this calculation did not actually independently prove that fact. Donahue observes, “I can see where he made those mistakes [in calculation] and exactly where he got frustrated and all that stuff. It’s great fun, and it’s just a wonderful thing to read.”

Donahue has spent his career bringing the intellectual giants of scientific history into the 21st century. As one of the world’s experts on Kepler, he will bring to AAS incredible insights into the mind of one of humanity’s foremost astronomers. To hear more about Kepler and the history of astronomy, tune into Dr. Donahue’s Plenary Lecture at 8:10 AM PT on Tuesday, June 14th at #AAS240!