The bared minimum: Revealing a new phase of stellar activity in HD 166620

Have you ever gazed at the Sun using a pinhole viewer? With only tape, a piece of foil and a thumbtack, you can turn an old shoebox into a simple telescope that creates a projection of our parent star that’s safe to view. At first, the image it creates might look just like a smooth disk, but if you look closer, you can see smudges moving across it – sunspots! These dark, transient features are cooler parts of the Sun’s surface and correspond to areas with strong magnetic activity. If you had a really, really good pinhole viewer and a few decades of spare time, you might notice that the average number of sunspots slowly changes.

Usually these changes repeat every 11 or so years, in what we call the solar cycle, and are accompanied by variations in flares and other coronal activity. Once in a while, though, something weird happens. Records show that between 1645 and 1715, the Sun went through a long period with very few sunspots, an event that astronomers call the Maunder Minimum. It’s really, really weird, and so you might wonder: do other stars do the same thing? Today’s paper presents new data on the Sun-like star HD 166620, for which the answer seems to be yes! 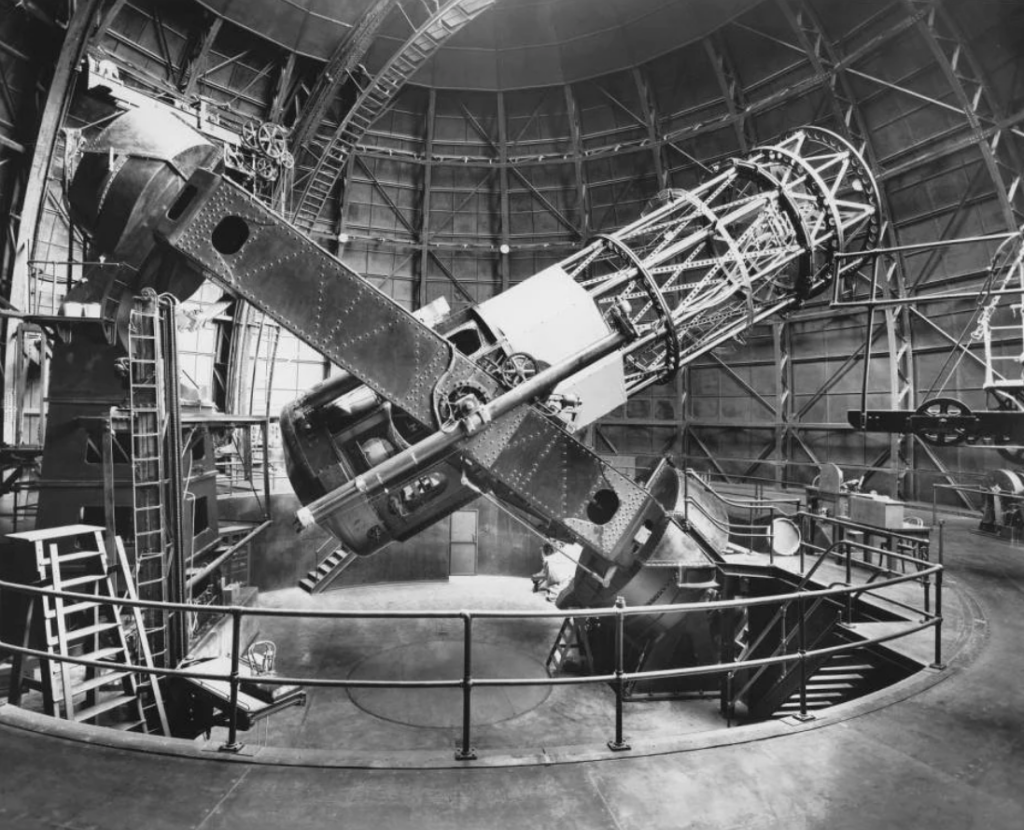 Figure 1: The 100-inch Hooker telescope is best known for its use by Edwin Hubble in the 1920s to show that the universe is expanding, but it also provided data for the first decade of the Mount Wilson calcium survey, used by the authors of today’s paper to provide evidence of HD 166620’s previous cycles. Image credit: The Observatories of the Carnegie Institution for Science Collection at the Huntington Library, San Marino, Calif.

Like the Sun, HD 166620 exhibits long, slow cycles of activity, and so to show that it’s entering its own Maunder Minimum, the team needed decades of data. Fortunately, there are troves of observations by the Mount Wilson Observatory from 1966 to 1995 on HD 166620 and a slew of other stars, as well as newer observations by the Keck-HIRES spectrograph from 2004 to 2020. This data tracks a particular type of emission from calcium in the star’s outer layers – a good proxy for stellar activity, including sunspot numbers. Stronger emission correlates with more stellar activity.

Put together, the older Mount Wilson observations show HD 166620 slowly traveling through its decades-long cycle, while the newer Keck-HIRES data shows it at a constant, reduced level of activity for roughly the past decade and a half. However, there was an almost decade-long gap between the two datasets, a key period during which the star should have transitioned to this period of low stellar activity.

That’s where today’s paper comes in. The team found more Mount Wilson data on calcium emission, this time covering the range from 1995 to 2002. What’s more – tada! – it shows a smooth, satisfying transition from the star’s cycle to this new low-activity state. In addition, the team obtained photometry from the T4 Automated Photometric Telescope. These measurements of the star’s brightness, taken from 1993 to 2005 and 2015 to 2020, complement the measurements of calcium emission and show the exact same trend. It is, as the authors put it, “unambiguous” evidence that HD 166620 is entering a Maunder Minimum-like period (see Fig. 2). 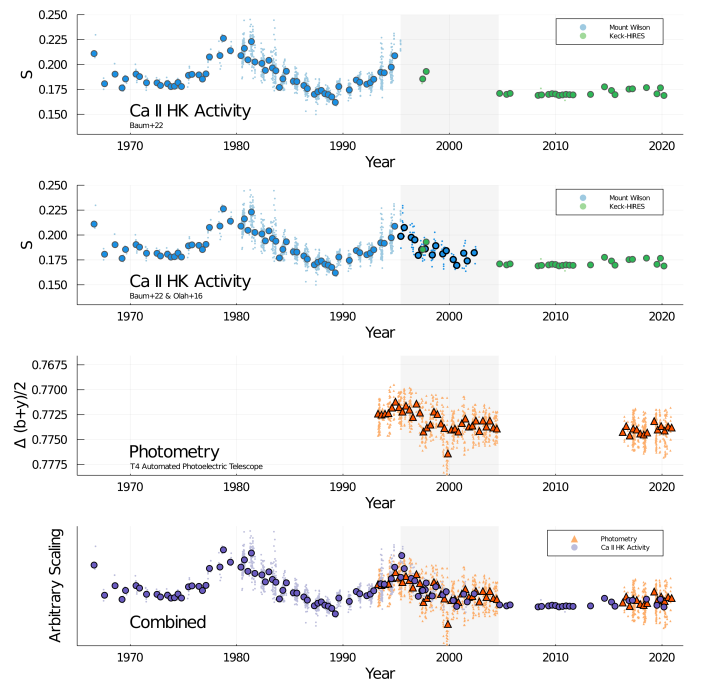 Figure 2: Four plots illustrating the datasets the team used. The top includes only the previously-published spectroscopic calcium measurements, while the second adds in the newly-found observations. The third shows only the photometric data, while the fourth shows everything combined – a clear demonstration that HD 166620 has entered a longer duration minimum. Image credit: Fig. 1 from the paper.

There are some other takeaways. The first is that the levels of emission/photometry during this new minimum aren’t significantly lower than the levels during the previous minima of the regular cycles. This indicates that there haven’t been any major changes in the structure of the magnetic field – nothing cataclysmic has happened. It looks a bit like one of the star’s typical minima, just stretched out significantly. The second is that other observations have painted a picture of HD 166620 as an older, less active cousin of the Sun, possibly with what the authors describe as a “faltering” dynamo.

Long-term surveys can turn up some interesting trends – and the decades of Mount Wilson data on HD 166620 have uncovered a new first. Several other stars have been proposed as candidates for entering or exiting these grand minima; hopefully, with the knowledge gained from the study of HD 166620’s calcium emission and photometry, we’ll soon have a clearer understanding of how these processes work and how common these phenomena are.

Featured image credit: The Observatories of the Carnegie Institution for Science Collection at the Huntington Library, San Marino, Calif.