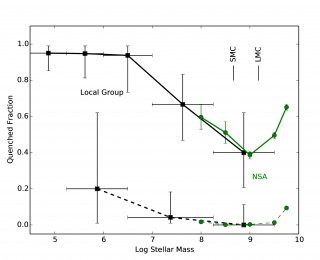 As galaxies evolve they eventually stop forming stars. There are a host of (sometimes violent) processes that can end star formation in galaxies. The authors examine how galaxy mass plays a role in stopping star formation for nearby galaxies. 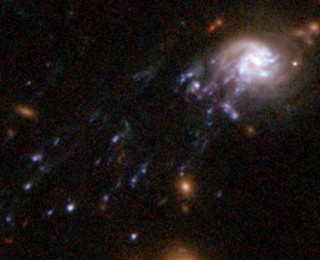 The evolution of galaxies from one type to another is not well understood. A galaxy’s environment plays a key role in its evolution. This is especially important for galaxies in galaxy clusters, which can strip them of their gas. The authors in today’s Astrobite explore six new, dramatic examples of galaxies being stripped of their gas. 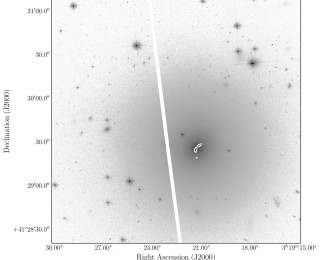 The diffuse gas contained within galaxy clusters can dramatically affect the galaxies moving within it. This includes bending the jets coming out of active galactic nuclei in galaxy clusters. The authors in today’s Astrobite report on extremely bent jets recently discovered in galaxy NGC 1272. 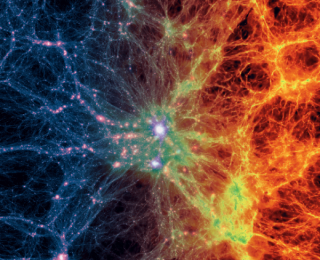 Orbiting our galaxy are many smaller dwarf galaxies. As they orbit, some of these galaxies produce vast streams of gas that stretch around our Milky Way galaxy. Much of this gas still has the potential for forming stars. This astrobite will summarize a recent discovery of one of these stars.