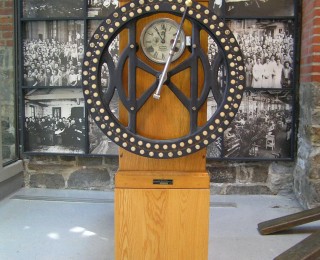 The astronomical community is all a-flutter over a letter scolding the grad population of a major research university’s astronomy department for not being quite up to scratch, guilty of sins as grave as leaving the office on weekends.

Fact: Jupiter is the best planet. What’s not to like? Big, beautifully stripey, four exciting moons, hurricane three times the size of the Earth, lots of fascinating hydrodynamics…I could go on. But Jupiter isn’t just awesome on its own. It was also the site of the first observed extraterrestrial impact event, and is routinely struck by asteroids and comets. Last week on Monday the 10th another piece of cosmic debris impacted the planet, producing a brief fireball spotted by amateur astronomers and providing an excellent opportunity to reflect on the history of impacts in Jupiter and the solar system at large.Jupiter has 67 known satellites, but only 8 are considered regular, i.e. they have stable, prograde, roughly circular, roughly planar orbits. The rest of the satellites are irregular and are likely captures. Jupiter’s mass means that it scoops up nearly everything that passes near it. The area of gravitational influence around a body orbiting another, much larger body is called the Hill sphere. Within the Hill sphere a satellite can be considered to orbit the smaller object (the planet) rather than the central one (the Sun). The Earth has a Hill sphere radius of about 1.5 million km, or 1% of the distance between it and the Sun. Jupiter, on the other hand, has a Hill sphere radius of about 53 million km – 0.355 AU, or nearly 7% of the distance between it and the Sun. This radius is well away from the bulk of the main asteroid belt, but close enough to pick up strays – and anything foolish enough to come close to the giant planet.In 1993 astronomers Carolyn and Eugene Shoemaker... 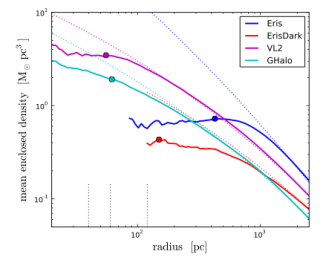 As Astrobites reported a couple of months ago, the Fermi-LAT gamma-ray telescope has reported an anomalous peak at 130 GeV, which could be the long-sought annihilation signature of dark matter. However, one of the strongest critiques of this potential discovery is that the signal is not coming from Sgr A*, the dynamical center of the Milky Way, but rather from about 200 parsecs away. Kuhlen et al. challenge the idea that the dark matter peak must be located at the dynamical center, and find that the combined dark matter-baryonic matter simulation Eris shows a well-defined, consistent offset between its dark matter peak and dynamical center. 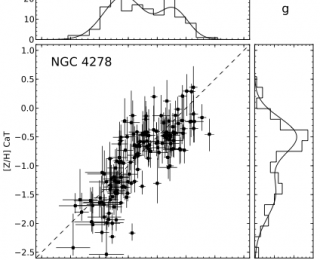 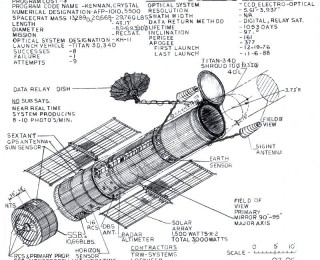 Today the National Reconnaissance Office (NRO) announced that it has given NASA not one but two fully-constructed space telescopes, roughly equivalent to Hubble with a wider field of view. The telescopes, which were offered to NASA about a year ago (a team of scientists has been considering whether to accept them in the meantime), come with all their hardware minus instruments – a total value to the agency of hundreds of millions of dollars plus years of lead time.