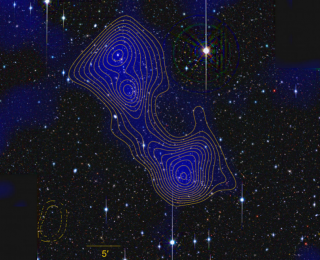 Throughout much of the 20th century, it was an open question in astronomy as to what the universe looked like on the largest observable scales. Were galaxies and galaxy clusters distributed uniformly throughout space, or was there a pattern? Thanks to galaxy surveys we know that, on large scales, the matter distribution of the universe is clumpy instead of smooth. Through these surveys we observe directly the distribution of luminous matter like stars, gas, and galaxies. However, luminous matter comprises only a small fraction of the matter in the universe (17%), the rest is dark matter which interacts via gravity but does not absorb and emit electromagnetic radiation like normal matter. Theoretical simulations of dark matter cosmologies firmly predict that there is a dark matter backbone to the cosmic web, with filaments of dark matter stretching between clusters of galaxies, though has not yet been a robust detection of a dark matter filament, until now. 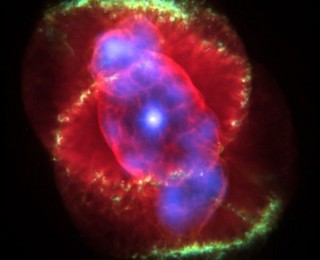 How common is Common Envelope evolution?

It’s a fact of the universe that most stars are members of a binary system. However, our knowledge of stellar evolution has most thoroughly treated the case of a single, isolated star evolving according to its own schedule, dictated by the well-understood equations of stellar structure. What happens when the binary stars have tight enough orbits to influence each other? 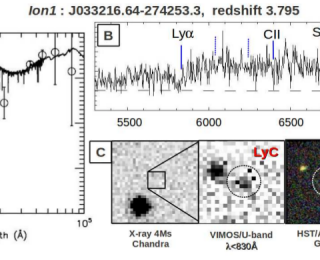 Any photon with a wavelength shorter than 912 angstroms (the Lyman limit) will ionize neutral hydrogen by raising the atom’s electron from the ground state to an unbound state at infinity. From measurements of quasar absorption spectra, we know that the reionization of the intergalactic medium from its previously neutral state (at redshifts greater than 7) to the highly ionized state we observe today was complete by redshift of ~7. However, we still do not know which sources were responsible for producing the ionizing photons.

Sounds like a simple question. When you go out and look at the stars at night with your naked eye, you might be able to pretty easily sort out which stars are the brightest, which are the faintest, and come up with some ranking of them for those in between. Now, do this with telescopes…

Some Data about Data

I’m sure you’ve heard the expression “5 hours in the library can save 5 months in the lab.” It’s true. Productive scientists are aware of what other scientists have done before them, that way they may “stand on the shoulders of giants” so that they might see farther. Linking datasets to papers improves the usability of previously published research and is one major way to increase the overall productivity of the scientific field.