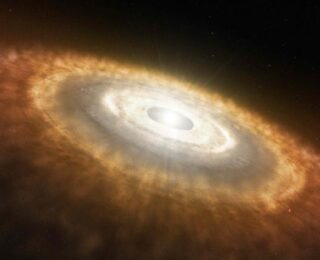 The number of super-Earths with small semimajor axis appears to decrease with the mass of the host star. How can this be, if more massive stars have more massive protoplanetary disks and thus more material to build planets from? An icy dead zone may be the answer to this riddle! 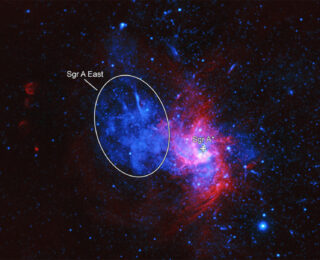 Did a Cannonball create Sgr A East?

How was the closest supernova remnant to the galactic core created? Sgr A East is young, mysterious and could even tells the story of its origin. Perhaps we’ve already observed the stellar corpse left behind by the explosion which created the remnant. 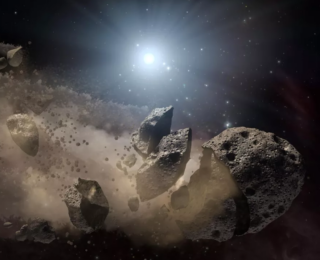 (22) Kalliope and its large moon Linus were thought to be traveling through the solar system as a lone pair with no further asteroid family to accompany them. This seems strange, as Linus was most likely created by a giant impact which would have to leave other fragments. Today’s authors are convinced they found the family belonging to Kalliope and the reason it hasn’t been identified sooner. 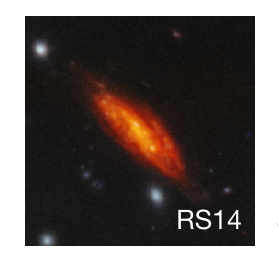 JWST is currently revealing many previously unseen or undiscovered properties of our Universe. Even in the very first image released, three red spiral galaxies, which are super rare in our local Universe, can now be seen and analyzed down to structural details as never before. What can these weird galaxies tell us about the so-called cosmic noon and the evolution of galaxy formation? 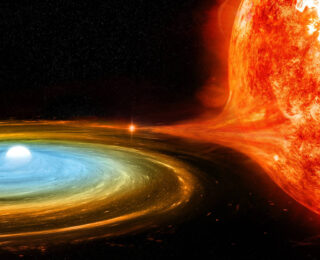 The Secret of T Pyx

T Pyx is a mystery. The stellar systems appears to contain a white dwarf and companion star. However, the white dwarf is accreting mass from its companion way faster and way more efficiently than it should, resulting in novae eruptions every 30 years.
Today’s authors may have found the culprit for these frequent explosive hydrogen burnings, which should not be possible in theory.