Today we look at a crossover post listed not only on astro-ph, but also under the nuclear theory and the high energy physics portions of the arXiv. The topic: neutrons, and a bizarre way in which they might change in the extreme environment found inside of a neutron star.

Figure 1: Two schemes for packing spheres: hexagonal close-packed (hcp) on the left, and face-centered cubic (fcc) on the right.

Introduction
Packing has always been a curious mathematical problem: when you stack objects together, how do they naturally organize themselves? How can you arrange them to take up the smallest volume?

In this paper, the authors ask an interesting question: are there circumstances under which neutrons could, instead of being solid spheres, deform into something which packs more efficiently?

Recent Observation
The key to answering this question, the authors claim, lies in an interesting new observation of a neutron star.

In normal neutron stars, the neutrons pack very similarly to the way in which they pack within an atomic nucleus. The neutron star is prevented from collapsing into a black hole by neutron degeneracy pressure, a quantum phenomenon which prevents two neutrons from occupying the same quantum state (i.e., the same physical space) and therefore resists further gravitational compression once the spherical neutrons reach their optimal 74% packing.

It’s theorized, however, that these extremely high pressures and densities could result in any of a number of exotic phases for the neutrons, such as a superconducting or superfluid state, various meson or quarkyonic condensates … or, if the neutron star has high enough mass, neutron crystals. 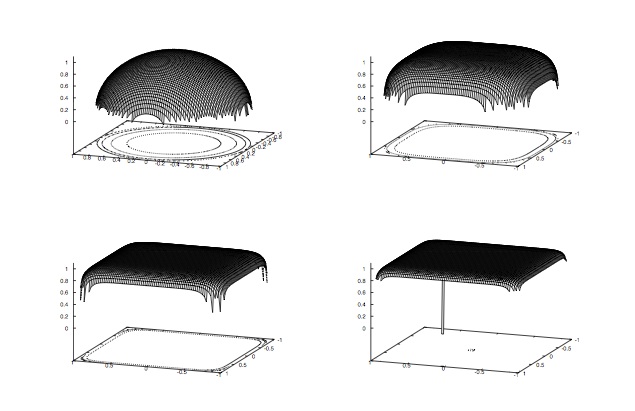 Figure 2: A trial wavefunction used by the authors to describe each neutron. The wavefunction interpolates between a sphere and a cube. Figure 1 in the paper.

The Theory
In this paper, the authors use a variational computation within a widely-accepted model of quantum chromodynamics to demonstrate that, at high enough pressures, neutrons can pack themselves into a crystalline structure. The results are surprising: the authors find that when neutrons arrange themselves into a periodic lattice-like structure like this, they may become subject to directional stresses and deform themselves to fill evacuated space. In short, they can form a crystal made up of cubic neutrons (see Figure 2)!

The authors show that, for a neutron to become cubic in shape, it needs an additional 150 MeV of energy — but at a high enough pressure, this energy cost can be provided by the liberated energy from the more-efficient packing (nearly 100% now, instead of 74%!) of cubes. Thus, the authors argue, it is entirely possible to achieve this densely-packed lattice of deformed, cubic neutrons in a neutron star such as the one observed in 2010.

Conclusion
The deformation of neutrons into cubes could have several significant implications for neutron stars. The predicted equation of state for the neutron star — the description of the relation between its density and its pressure, and one of the main ways in which we seek to characterize neutron stars — would alter significantly, and bulk properties of the star such as its Young modulus and moment of inertia would also change. The authors suggest that these observable properties should provide us with a means of testing this theory in the future.