For me, this was the week of four letter acronyms in radio astronomy. There are a lot of acronyms in astronomy, but the four-lettered are the most divine. Therefore, in this post, the only acronyms I use will count four.

New Mexico has long been the american heartland of radio astronomy, because wide open spaces are the best pasture for interferometric antennas to graze. In particular, Socorro is the headquarters for two important NRAO facilities, the EVLA and the VLBA.

The EVLA (or “the radio telescope formerly known as VLA”) is a radio interferometer that throughout its long life has revolutionized our understanding of the universe. Recently, the VLA underwent an extensive upgrade to its receivers, correlator, and other electronic systems that resulted in a staggering increase in capabilities (using the same dishes, of course). It literally performs like a whole new telescope. 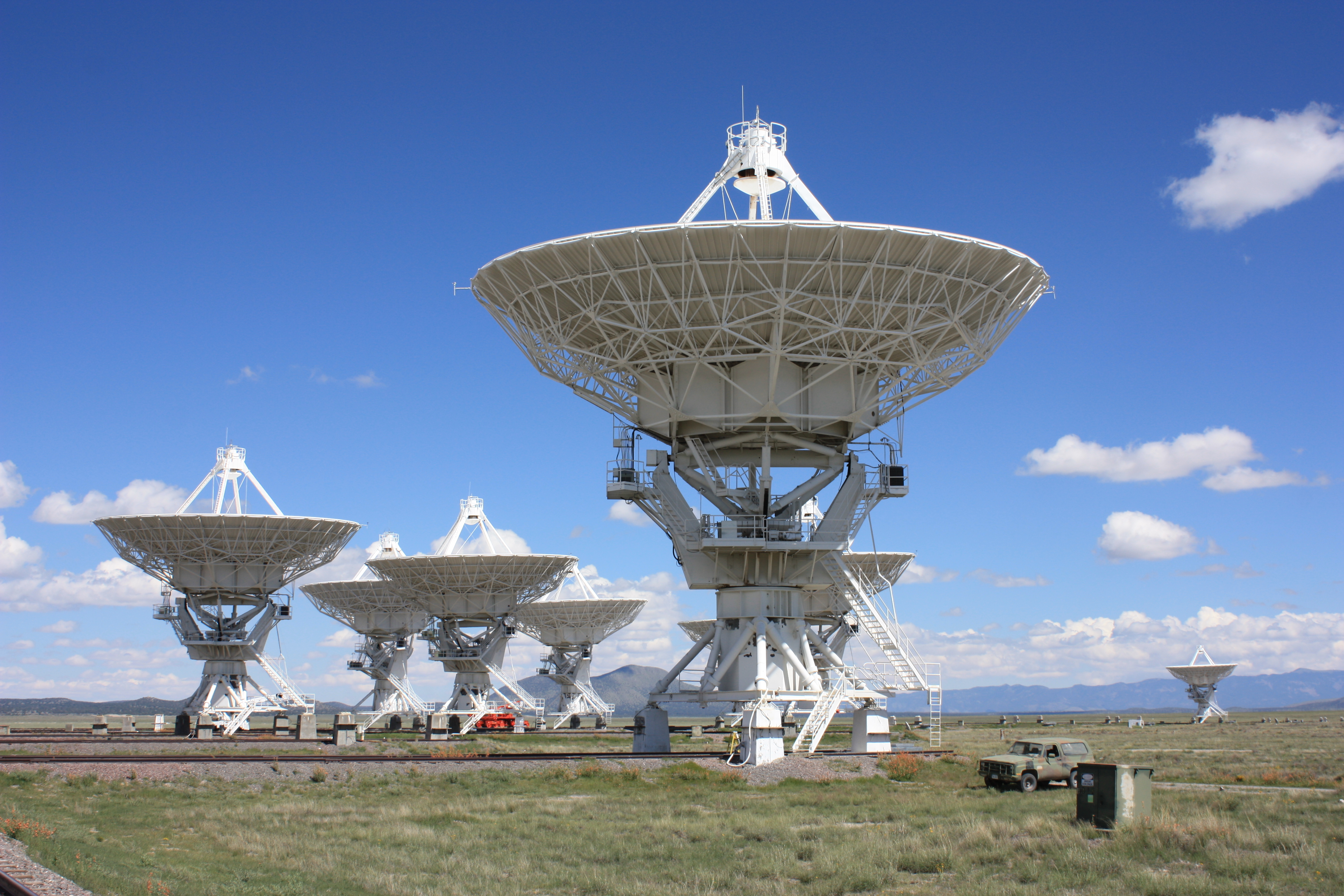 The EVLA antennas during our tour of the facility.

The VLBA is a set of 10 antennas that stretches across the entire United States in a pattern designed to give maximal resolution, including antennas in Hawaii, Pietown, NM, and St. Croix, Virgin Islands, among others. The signals taken frome these antennas are stored on disks and then shipped back to Socorro, where they are correlated on-site. The Pietown antenna is a slightly longer drive west past the EVLA site.

Analysis of scientific data obtained by radio interferometers requires specific software. For decades, AIPS has been the standard in radio data reductions. CASA, a collection of tools implemented and wrapped in Python, is designed to be the future flagship reduction software of the NRAO. During the workshop, we worked through an excellent set of tutorials that the CASA development team created for the purposes of being introduced to CASA. You can download CASA yourself and work through the tutorials here.

With the advent of the EVLA, and another large interferometer under construction in Chile, ALMA, now is one of the best times to be an NRAO astronomer. If you are interested in the study of radio astronomy, and interferometry in general, some good resources include Tools of Radio Astronomy, by Wilson, Rohlfs, and Huttemeister, as well as Interferometry and Synthesis in Radio Astronomy by Thomson, Moran, and Swenson.