Why Does Nature Form Exoplanets So Easily?

It’s an exciting time for planet hunters. Over the last few years, the search for extrasolar planets (“exoplanets” for short) has become one of the hottest topics in astronomy. During every exoplanet talk that I’ve attended lately, the speaker started out by announcing the total number of exoplanets discovered to date, which they quickly follow with the caveat along the lines of “Well, that’s the total number as of Wednesday, but it’s probably out of date by now.” Thanks to the Kepler Space Telescope, COROT, and other ground-based observatories, planet hunters are finding these things so fast we should probably start barcoding them.

If you keep up with us here at Astrobites, you’ve no doubt read all about habitable zones, hot Jupiters, and super Earths (after all, “Exoplanets” is one of the most common tags for our posts, seconded only by “Observations”). Today, I’d like to summarize a recent arXiv submission that takes some time to appreciate the apparent abundance of exoplanets in our galaxy, especially because we don’t rightly know why they are so abundant in the first place. The paper is a recapitulation of our theoretical understanding of exoplanet formation, which appears to be not that great. Based on our current theoretical understanding, forming exoplanets is no walk in the park, but Nature makes it look easy. The author encapsulates this conundrum in one of the most poetically terse abstracts I’ve ever read: “The ubiquity of worlds beyond our Solar System confounds us.” 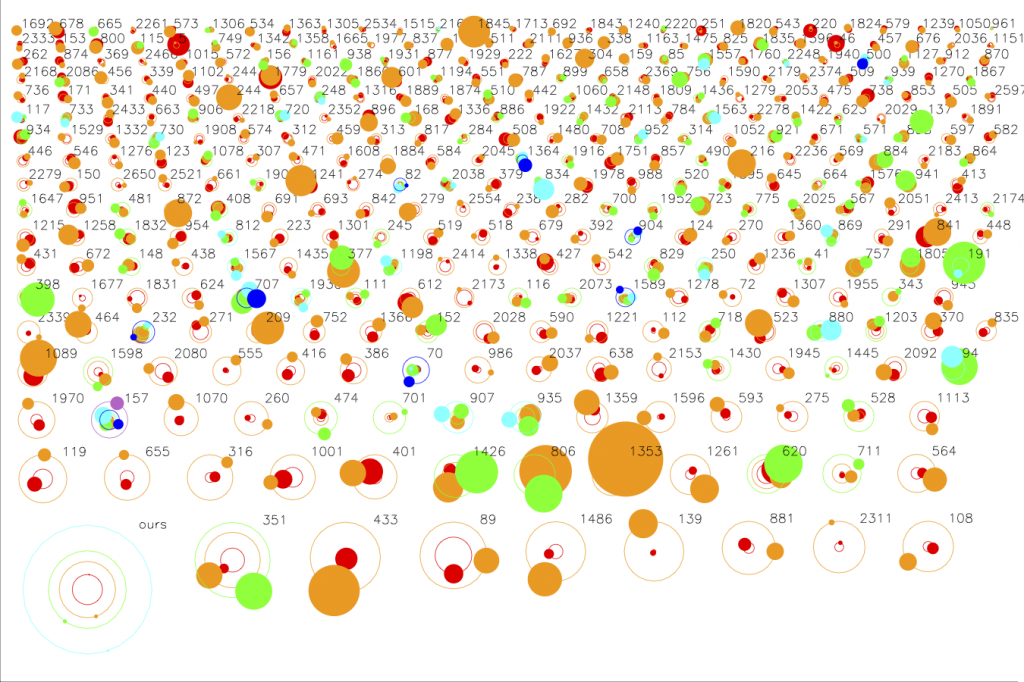 Many of the planetary systems known to date.

Kepler has only been hunting planets since 2009, but it has already discovered nearly 3,000 extrasolar planets candidates (114 of which have been confirmed extrasolar planets). This tells us that their formation must not be rare; exoplanets seem to be commonplace objects. What’s more, their characteristics vary greatly. Some are smaller than the Earth, while others make our Jupiter look wimpy. Some form near their stars, bathed in radiation and scorching heat; others live frigid lives in large orbits. Some are gas giants, some are rocky, which means that even the density of exoplanets vary greatly, from that of styrofoam to that of iron. The bottom line is that these things can be found just about anywhere. Is it really that easy to build a planet?

There are two basic ways to think about planet formation. The “bottom-up” approach is called Core Accretion, in which small objects combine to form larger objects. The “top-down” approach is Gravitational Instability, involving a large cloud of gas and dust that fragment into smaller chunks. These paradigms are not absolute, and there could be other processes at work, but these are the basic models under consideration at the moment.

Building a Rocky Planet…Or Not 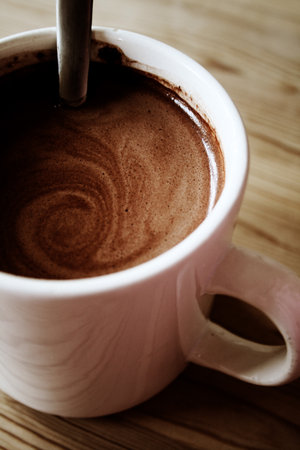 It makes some sense to think of the rocky planets as a product of core accretion and the gaseous planets as the result of gravitational instability. That’s a natural enough hypothesis to start out with, anyway. But as it turns out, building rocky planets and the small cores of gaseous planets is really hard with our current models of core accretion; harder than the prevalence of these objects in Nature would suggest. You have to start out with some micrometer-sized dust grains and end up with a fully-grown planet. This growth spans something like nine orders of magnitude. If that weren’t daunting enough already, the dust also encounters a form of wind due to the surrounding gas moving slower than the dust grains. This introduces a drag that causes the dust to spiral in towards the star on a time scale that is much shorter than that needed to grow a planet to maturity. This is known as the Meter-Sized Barrier. It is called that because it most greatly affects meter-sized dust grains located about 1 AU from the host star, however it is still a problem for dust grains at any distance from the star. To get around this, models have been made more complex, taking into account countless interactions between the dust grains and its environment, but none of these models are testable yet. The author remains skeptical of these approaches, citing Occam’s Razor to suggest that such a robust, commonly-occurring process must not be prone to such minuscule perturbations to ensure its completion.

The gravitational instability paradigm is not so limited in its plausibility, but a fully-formed working theory has yet to be developed. It’s not yet known if instability itself is the sole driver of planetary formation or if it perhaps works in conjunction with core accretion. It has been speculated that vortices could develop–much like they do when you swish your glass of beer or cup of cocoa–and trap dust in them, allowing them to amalgamate into exoplanets.

It’s not clear which of these scenarios, if any, is at work when forming planets. It turns out to be very difficult simply by looking at the end-result like we’ve been doing. With the Kepler Space Telescope, we’ve found several systems with strange properties unlike others. The paper outlines a few of them. Our own solar system, for example, does not seem to be “normal”. In many systems, the gas giants tend to sit closer to their star while the rocky planets remain farther away. Then again, the so-called hot Jupiters are not thought to be common either, but Kepler found a lot of them right away because they were easier to detect. Perhaps we’ll eventually find more systems like our own, with rocky planets near the star and gaseous ones farther out. What we would really like is the ability to study planetesimals as they aggregate to form planets. Although that’s not thought to be feasible right now, the author notes that one astronomer has suggested studying objects as they pass in front of a white dwarf instead of an ordinary main-sequence star. That way, smaller objects will block some of the light and Kepler may be able to see them. Perhaps we could see some of the pieces before they become the bigger beasts we’re discovering oh so rapidly.