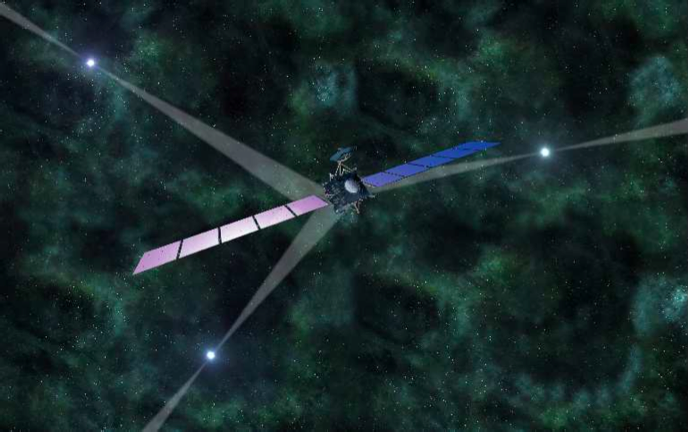 Figure 1: An artist’s impression of a spacecraft navigating in deep space using pulsar signals. Fig. 12 in the paper.

How do we currently navigate spacecraft?
Current navigation systems for spacecraft use a combination of radio tracking stations on Earth, and optical data from on-board cameras as the spacecraft pass by known solar system bodies. Radio tracking from Earth has worked out for us up until now, but it has its limits: this is pretty accurate for measuring distances and velocities of the spacecraft in the direction of the line of sight from Earth, but the spacecraft’s perpendicular position can only be pinned down to within 4km per AU of distance between Earth and spacecraft, due to limits of radio resolution. This might not sound too terrible, but it corresponds to an uncertainty of ~200km at a distance of Pluto’s orbit and ~500km at the current distance of Voyager 1! In addition to that uncertainty, we also have to deal with the weakening signal strength as the spacecraft gets further away, as well as the increasing lag time (nearly 7 hours to Pluto at the furthest point of its orbit!). If we want to be able to send spacecraft beyond this distance, we’ll have to find a better solution for spacecraft navigation.

The suggestion in this paper: Use pulsar timing to set up an autonomous navigation system. 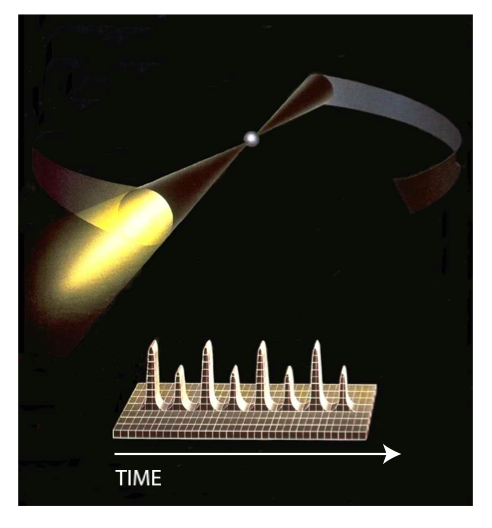 Figure 2: Artist’s conception of a rotation-powered pulsar. The pulses we see as the beam of radiation passes over us, averaged over many rotation periods, produces a very stable pulse profile. Fig. 1 in the paper.

What pulsars should you use?
Pulsars are rotating neutron stars with misaligned spin and magnetic field axes. This causes a beam of electromagnetic radiation to sweep around as the pulsar rotates, and if this beam crosses our line of sight, we see a series of extremely regular pulses from this object.

So how do you build a navigation system around a bunch of pulsars?
Navigation using pulsars centers around recording the arrival times of pulses and comparing them to predicted arrival times based on assumptions about where you are and how fast you’re going. If your assumptions about your speed and location are correct, then the pulses will arrive on time and everything’s great. If your assumptions are wrong, the pulses will arrive out of phase with what you predicted — which means you now need to tweak your position or velocity and check again. You then iterate through this process again and again until the pulses arrive in phase with the prediction. 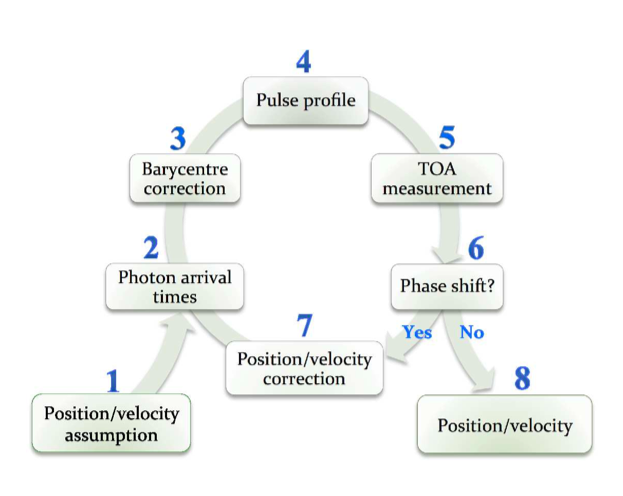 Figure 3: Schematic illustrating the procedure for determining position and velocity using photons from pulsars. Fig. 5 in the paper.

This process has to be done using at least three different pulsars in order to set a three-dimensional position, and a fourth pulsar is needed if on-board clock calibration is necessary. This system works in much the same way as hand-held GPS units do — the difference, of course, being that the spacecraft receives its signals from pulsars instead of from satellites orbiting the Earth!

How feasible is this plan?
This paper has a pretty great discussion of the different types of radio and X-ray detectors that could be used to pick up pulsar signals — I recommend checking it out for yourself via the title link at the top of the post if you’re interested. The extremely brief summary, however, is: a spacecraft could navigate autonomously using pulsars if it had either 150 m2 of radio antenna area (not super feasible), or else compact light-weighted X-ray telescopes and detectors (feasible; these are currently developed for the next generation of X-ray observatories). This technology would allow for navigation accuracy of ±5 km, and that error would improve as we better-measure pulse profiles of known pulsars in the future.

In short, the authors argue that this navigation technique is feasible and would provide significant improvement over how we currently steer spacecraft at large distances. Folks, I think the future is here.