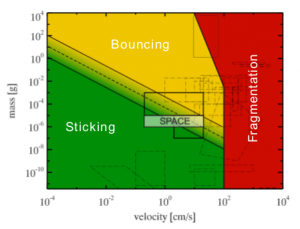 Figure 1: Dust grain size vs velocity, and the regions which result in different collision outcomes.  SPACE investigates the transition between bouncing and sticking.

A Problem with Planet Formation

Our basic theory of planet formation is incomplete.  The story goes that a molecular cloud collapses, forming a protostar surrounded by a protoplanetary disk consisting of dust and gas.  Then, dust grains coagulate to form increasingly larger particles, eventually forming planetesimals which could attract more bodies and potentially even an atmosphere.  Unfortunately, we don’t understand the basic dust accretion process very well at all.  Direct observations are difficult due to the distance and opacity of the disks, in addition to the timescales which could be up to millions of years.

However, we have been able to run experiments here on Earth that approximate the protoplanetary disk environment and learn exactly how dust coagulates.  Previous work has shown that for an initial population of grains, velocities are low enough that every collision causes dust to stick together.  As the sizes increase, collision speeds also increase and fewer grains stick, instead bouncing or even fragmenting.  Since this would clearly place a limit on the sizes of dust particles, it is important to reconcile this experimental observation with the planetesimals that we know must form.  In this paper, the authors describe the SPACE (Suborbital Particle Aggregation and Collision Experiment) which is designed to investigate the transition region between bouncing and sticking (see Figure 1). 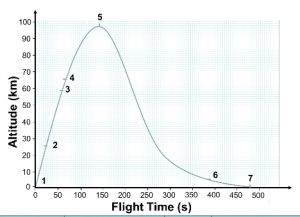 A realistic experiment to characterize dust coagulation in protoplanetary disks must be done in microgravity.  This can be achieved with a drop tower, giving up to 9 seconds of low g, or with rockets for longer timescales.  SPACE was built for the REXUS (Rocket Experiments for University Students) program, which launches two ballistic rockets per year from northern Sweden.  The 5.6 meter rocket hosts 3 to 5 experiments and becomes ballistic roughly 70 seconds after launch, lasting between 150 and 180 seconds.  The payload touches down after 640 seconds of flight about 70 km away.  Figure 2 shows a typical flight profile; data is taken after 95 seconds. 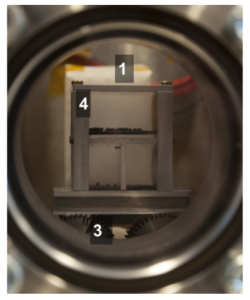 Figure 3: The vacuum chamber with dust (on Earth)

SPACE consists of of three glass boxes (two 11x10x15 mm and another twice as big) containing silicon dioxide of different sizes (~370 micron irregularly-sized particles, ~370 micron uniformly sized particles, and ~180 micron uniformly sized particles). To approximate the protoplanetary disk environment, the chambers are held at a vacuum of 10^-4 mbar.  Finally, the containers are continually shaken during the flight.  This provides a uniform dust distribution and compensates for small disturbances of weightlessness which can add an acceleration component of about 10^-3 g.  Since shaking also affects the internal kinetic energy of the system, SPACE shakes at three speeds to adjust the collision speeds between particles and determine the thresholds for growth or disruption of the dust.  The data collection device is very simple: during the whole flight, a 640×480 pixel camera trained on the 3 boxes reads out 170 frames per second, and the total 11 GB of data are stored on a Compact Flash card.  This allows the collisions and their outcomes to be characterized in fine detail.  Figure 3 shows the camera’s view of the vacuum chamber and the shaking mechanism. 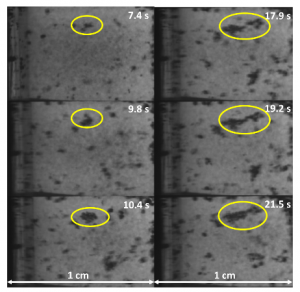 Figure 4: A dust grain growing during the flight.

SPACE flew on March 19, 2012 and gathered data for over 200 seconds.  Although some of the hardware was damaged in a hard landing, the data remained intact.  While the main analysis is still ongoing, a first look at the images shows that dust coagulation events were seen.  Figure 4 shows an example of a dust grain growing in size; in some cases, even individual collisions are visible.  When complete, the SPACE will determine a threshold velocity for the sticking of dust grains, hopefully bringing us closer to solving the problem of how planetesimals are formed.