If you, too, have been working on a project that you want to share, we want to hear from you! Think you’re up to the challenge of describing your research carefully and clearly to a broad audience, in only one paragraph? Then send us a summary of it!

Meredith is a senior at Pomona College doing a thesis with Carnegie Observatories under the supervision of Dr. Victoria Scowcroft. This work is part of the Carnegie Hubble Program, an effort to recalibrate the Hubble constant to 2% error or better using Spitzer Space Telescope and eventually JWST data. 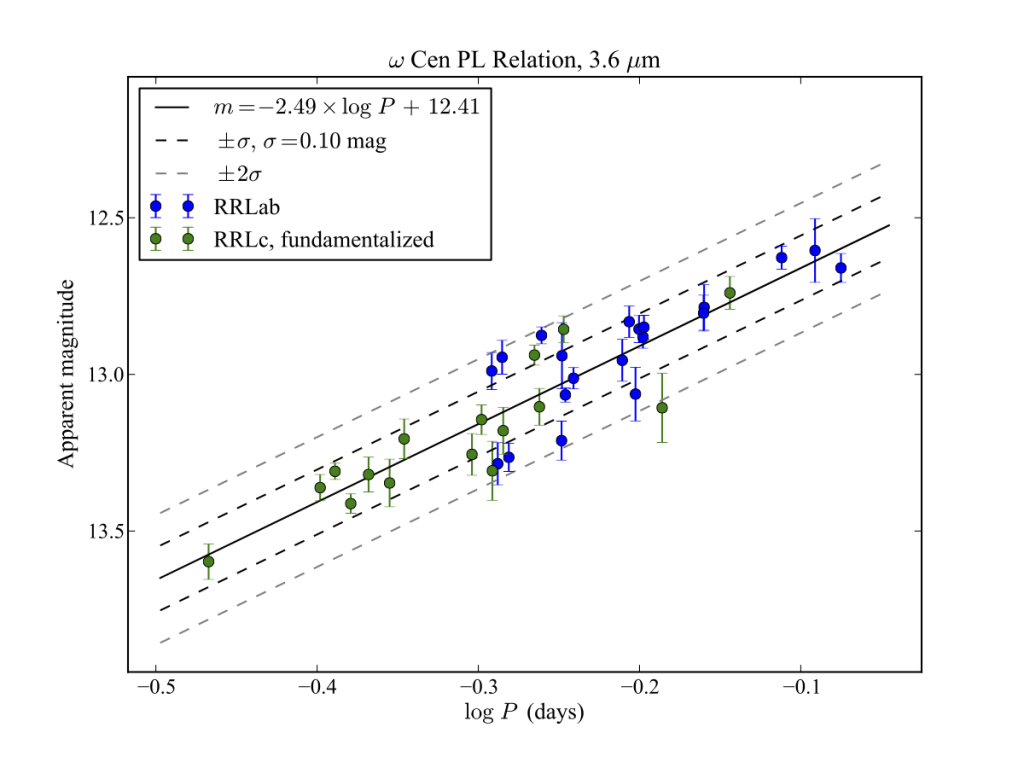 Logarithm of pulsation period vs. apparent magnitude for 36 RR Lyrae in 3.6 microns.

A century ago, Henrietta Swan Leavitt discovered the relationship between pulsation period and intrinsic luminosity for Cepheid variable stars. Today, that relationship has been widely used to map the local universe, and has been found to apply to other types of variable stars as well, including RR Lyrae. RR Lyrae occur at the intersection of the horizontal branch and the instability strip on the HR diagram, and are dimmer, older, and even more accurate distance indicators than Cepheids. With the advent of space telescopes, we can now observe them in the mid-infrared, which is excellent for distance scale calibration primarily due to the reduced effects of interstellar extinction. Here we present a new calibration of the mid-IR RR Lyrae period-luminosity relation in 3.6 and 4.5 microns using a total of 48 RR Lyrae from the globular cluster Omega Centauri. We have also done preliminary investigations into metallicity effects; in optical and near-IR wavelengths the period-luminosity relation requires a metallicity term due to metal absorption lines in the spectrum, but we find no evidence for such a term in the mid-IR.

Taylor Andrew Morris
Sewanee: The University of the South

Taylor is currently a sophomore. This work was primarily done over the summer of 2013 as an internship through his institution at the Cordell-Lorenz Observatory under the supervision of Dr. Douglas Durig. Learn more about OSCAAR at https://github.com/OSCAAR/OSCAAR. 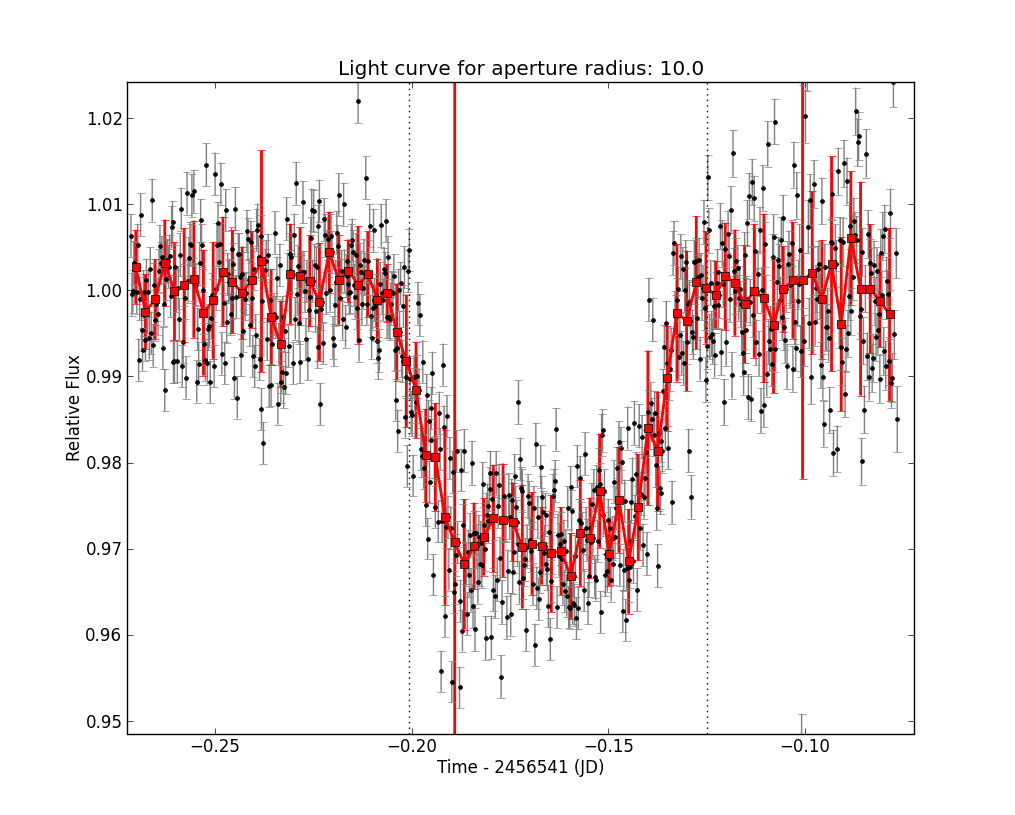 Exoplanet Science with OSCAAR
Exoplanets with large magnitude depths often transit bright host stars, allowing Earth-based, photometric measurements of flux over time to be acquired with appropriate techniques on even modest astronomical equipment. OSCAAR (Open Source Code for Accelerating Astronomical Research) is an open-source, Python-based, differential photometry software package designed for gathering and analyzing data on Jupiter to Neptune sized exoplanets. While beta-testing the OSCAAR code, an efficient data-collection system and effective research procedure for transit analysis was developed at the Cordell-Lorenz observatory in Sewanee, TN. Promising transit data was obtained for exoplanets such as WASP-52 b and WASP-59 b. We produced the first user-generated exoplanet light curves and Markov Chain Monte Carlo (MCMC) fitting results utilizing OSCAAR and compare them to the currently available orbital parameters. The orbital parameters we fitted for largely agree with results obtained previously on more sophisticated equipment, showcasing the effectiveness of OSCAAR and the potential for more complex exoplanet based projects to be undertaken.

UR: Use of Machine Learning Techniques to Analyze Radial Velocity Data to Find Exoplanets