How fantastic would it be to image the entire sky, every few minutes, every night, for a series of years? The science cases for such surveys —in today’s paper they are called All-Sky Gigapixel Scale Surveys— are numerous, and span a huge range of astronomical topics. Just to begin with, such surveys could: detect transiting giant planets, sample Gamma Ray Bursts and nearby Supernovae, and a wealth of other rare and/or unexpected transient events that are further described in the paper.

Evryscope is a telescope that sets out to take such a minute-by-minute movie of the sky accessible to it. It is designed as an array of extremely wide-angle telescopes, contrasting the traditional meaning of the word “tele-scope” (Greek for “far-seeing”) by Evryscope’s emphasis on extremely wide angles (“Evryscope” is Greek for “wide-seeing”). The array is currently being constructed by the authors at the University of North Carolina at Chapel Hill, and is scheduled to be deployed at the Cerro Tololo Inter-American Observatory (CTIO) in Chile later this year.

But wait, aren’t there large sky surveys out there that are already patrolling the sky a few times a week? Yes, there are! But a bit differently. There is for example the tremendously successful Sloan Digital Sky Survey (SDSS— see Figure 1, and read more about SDSS-related Astrobites here, here, here), which has paved the way for numerous other surveys such as Pan-STARRS, and the upcoming Large Synoptic Survey Telescope (LSST). These surveys are all designed around a similar concept: they utilize a single large-aperture telescope that repeatedly observes few-degree-wide fields to achieve deep imaging. Then the observations are tiled together to cover large parts of the sky several times a week. 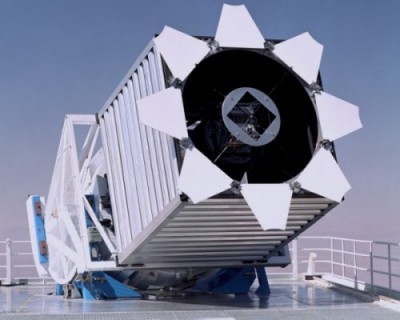 Figure 1: The Sloan Digital Sky Survey Telescope, a 2.5m telescope that surveys large areas of the available sky a few times a week. The Evryscope-survey concept is a bit different, valuing the continuous coverage of almost the whole available sky over being able to see faint far-away objects. Image from the SDSS homepage.

The authors of today’s paper note that surveys like the SDSS are largely optimized to finding day-or-longer-type events such as supernovae —and are extremely good at that— but are not, however, sensitive to the very diverse class of even shorter-timescale transient events (remembering the list of example science cases above). Up until now, such short-timescale events have generally been studied with individual small telescopes staring at single, limited, fields of view. Expanding on this idea, the authors then propose the Evryscope as an array of small telescopes arranged so that together they can survey the whole available sky minute-by-minute. In contrast to SDSS-like surveys, an Evryscope-like survey will not be able to detect targets nearly as faint as SDSS-like surveys can, but rather focuses on the continuous monitoring of the brightest objects it can see. 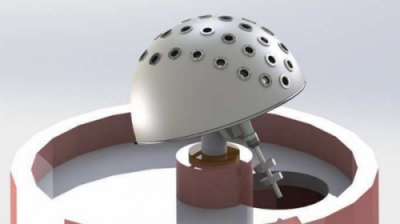 Figure 2: The currently under-construction Evryscope, showing the 1.8m diameter custom-molded dome. The dome houses 27 individual 61mm aperture telescopes, each of which have their own CCD detector. Figure 1 from the paper.

Evryscope is designed as an array of 27 61mm optical telescopes, arranged in a custom-molded fiberglass dome, which is mounted on an off-the-shelf German Equatorial mount (see Figure 2). Each telescope has its own 29 MPix CCD detector, adding up to a total detector size of 0.78GPix! The authors refer to Evryscope’s observing strategy as a “ratcheting survey”, as it goes like this: the dome follows the instantaneous field of view (see Figure 3, left) by rotating the dome ever so slowly to compensate for Earth’s rotation rate, taking 2 minute exposures back-to-back for two hours, and then reset and repeat (see Figure 3, right). This ratcheting approach enables Evryscope to image essentially every part of the visible sky for at least 2 hours every night!

Figure 3: Evryscope sky coverage (blue), for a mid-latitude Northern-hemisphere site (30°N), showing the SDSS DR7 photometric survey (red) for scale. Left: Instantaneous Evryscope coverage (8660 sq. deg.), including the individual camera fields-of-view (skewed boxes). Right: The Evryscope sky coverage over one 10-hour night. The intensity of the blue color corresponds to the length of continuous coverage (between 2 and 10 hours, in steps of 2 hours) provided by the ratcheting survey, covering a total of 18400 sq.deg. every night. Figures 3 (left) and 5 (right) from the paper.

With its Gigapixel-scale detector, Evryscope will gather large amounts of data, amounting to about 100 TB of compressed FITS images per year! The data will be stored and analyzed on site. The pipeline will be optimized to provide real-time detection of interesting transient events, with rapid retrieval of compressed associated images, allowing for rapid follow-up with other more powerful telescopes. Real-time analysis of the sheer amount of data that Gigapixel-scale systems like Evryscope create would have been largely unfeasible just a few years ago. The rise of consumer digital imaging, ever increasing computing power, and decreasing storage costs have however made the overall cost manageable ( much less than one million dollars!) with current technology.

The Evryscope array is scheduled to see first light later this year in CTIO in Chile, where it will start to produce a powerful minute-by-minute data-set on transient events happening in its field of view, which until now have not been feasible to capture. But it won’t see the whole sky, just the sky it can see from its location on Earth. So then, why stop there, why not reuse the design and expand? Indeed, this is what the authors are already thinking —see whitepaper about the “Antarctic-Evryscope” on the group’s website. And who knows, maybe soon after we will have an Evryscope at *evry* major observatory in the world working together to record a continuous movie of the whole sky?