Galaxies can grow in two ways. They can collide in violent mergers that combine the mass of two galaxies. Mergers turn orderly spiral galaxies into jumbles of stars called elliptical galaxies. Just such a merger is in store for our Milky Way and the Andromeda Galaxy in 4 billions years. Isolated galaxies grow in a more gentle fashion, feeding on inflowing gas from the cosmic web. The cosmic web has been described by simulations of the dark matter and gas in the universe (Figure 1). The inflowing gas is difficult to observe directly; it is cold and has not yet formed stars. This pristine gas reservoir is studied indirectly by using distant quasars as lighthouses to probe the gas in front of them. 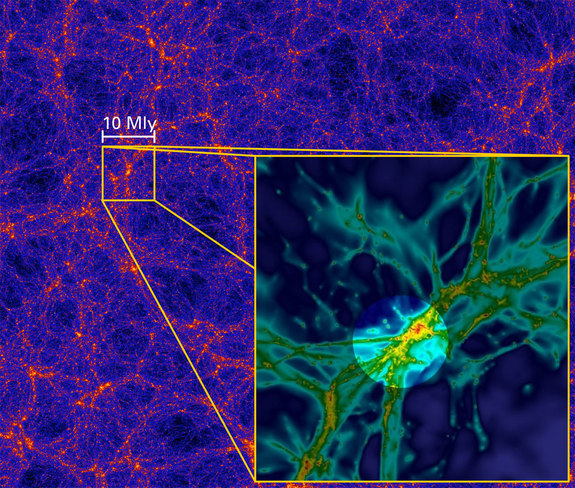 Figure 1. A simulation of dark matter shows a lattice of filaments separated by voids: the cosmic web. The inset shows a 10 million light year region around gas filaments. Galaxies may grow by pulling in gas from such filaments. Credit: Anatoly Klypin and Joel Primack; insert: S. Cantalupo

Today’s paper presents observations of a handful of small galaxies to shed light on how infall of gas from the cosmic web can trigger the formation of new stars. 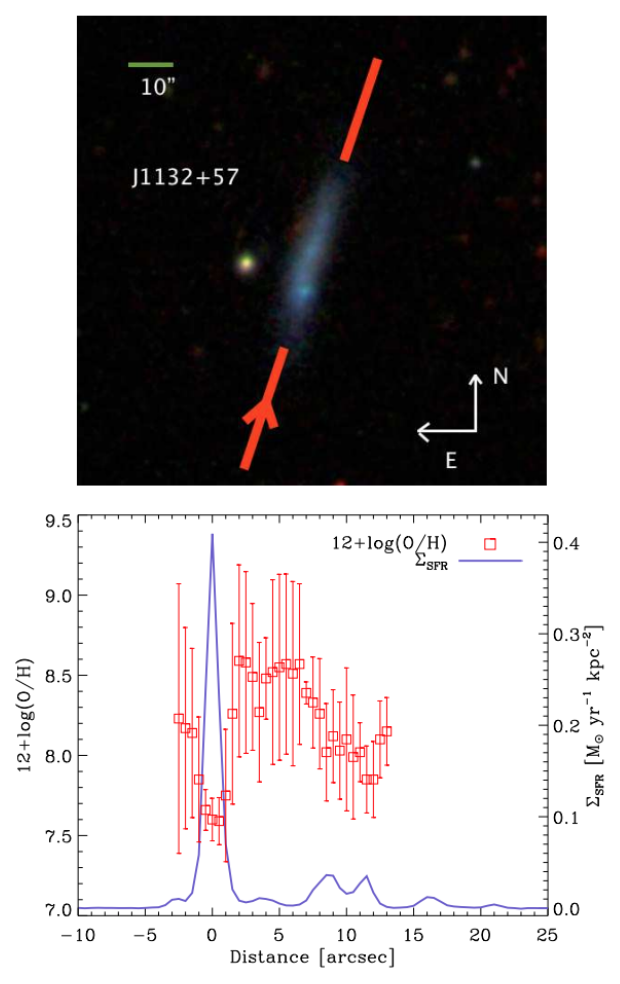 Fed by a Cosmic Filament?

Because of the small size of the galaxies, their rotation will quickly mix their gas, and the metal abundance should become constant across each galaxy. In order to maintain its lower metal abundance, the starburst must be tapping into a reservoir of gas with few metals. The infall of pristine gas from a filament is a natural explanation for the observed metal content. Such gas is part of the primordial cosmic web, and has not been enriched in metals by star formation. In this scenario, a gas clump in a filament collides with the galaxy and compresses its gas, triggering gravitational collapse and star formation in the diluted gas. These observations provide the best evidence yet that galaxies can grow by gas infall along filaments.