Binary stars are cool. As previous astrobites have said, eclipsing binaries are among our best tools for determining the sizes and masses of stars. For several years now, there has been considerable interest in circumbinary planets – that is to say, planets that orbit both stars in a binary system. They pose many interesting questions, such as, “How does their formation differ from planets in single-star systems?”, “What will happen to them when the stars evolve?”, and of course, “Could humans live there?” It was because of questions like these that the authors of today’s paper turned their telescopes on KIC 7177553.

KIC 7177553 is a star system first discovered in 2012 by Kepler. It was catalogued as an eclipsing binary, with an orbital period of around 18 days. In 2015, small variations were discovered in its orbital period. Eclipses can be up to 90s early or late, in a pattern that repeats itself every 529 days. The pattern is characteristic of those produced by a large planet in orbit around the binary. Today’s authors set out to confirm the planet’s presence. In that goal they have not yet succeeded, but they have found something perhaps even more interesting.

It was immediately obvious to the authors that there were more than two stars present. When they separated the spectrum into its components, they found that there are as many as four stars present in the system. The stars are paired off into two binary systems, within which two stars orbit each other. It is one of these binaries whose eclipses were noticed back in 2012. Each of these pairs then also orbits the other pair, on a much longer timescale. This sort of nested binary system is called a hierarchical system, sometimes compared to the hanging mobiles you might see over a child’s crib: on each level, objects or groups of objects revolve around each other in pairs. 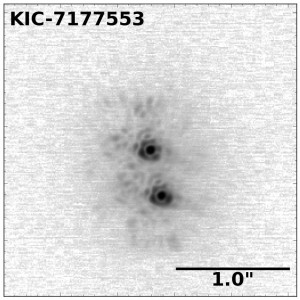 Figure 1: A real image of KIC 7177553. Each blob is one of the close binary systems, the stars being two close to each other to be separated in the image. This is Figure 6 from today’s paper.

The similarities across the stars in the system are striking. Their temperatures are within a range of only a few hundred degrees (5600-5800 K), and the orbital periods of the two inner binaries are also close (16.5 and 18 days). Both binaries are slightly ellipsoidal, with width/length ratios of 91% and 89% respectively.

From a direct image of the system (Figure 1), the team found that the two binaries were separated by 167 times the distance between the Earth and the Sun. For comparison, this is almost 1000 times the separation of the two stars within one of the binaries. The period with which the two binaries orbit each other (ie. the period of the outer binary, the top level of the hanging mobile) is not yet known, but is probably in the range of 1000-3000 years.

None of this explains the small-scale variations in the eclipse timings of KIC 7177553 that first motivated this research. Those variations have a period of 529 days, which doesn’t match any of the orbital periods in this nested binary system. In other words, a fifth body — a planet — remains the most likely cause of those variations. The planet would have to have formed around only one pair of stars, one of the inner binaries. If such a planet is found, it will not be the first planet to be discovered in a quadruple system, but it will be one of only a very small handful and certainly worth studying. However, further measurements will be needed before the team are sure. Stay tuned!