Looking back through cosmic time, we find that when the Universe was less than one billion years old almost all of the light in it was being absorbed by hydrogen atoms: in their neutral state hydrogen atoms, the most abundant element in the cosmos, absorb light from the ultraviolet to the infrared. If the incoming light is energetic enough, this absorption can result in the release of an electron, thereby ionizing the hydrogen atom. This is what was happening in the early Universe, hence making it near-impossible for photons to escape before being absorbed by the hydrogen atoms in the gas surrounding stars. 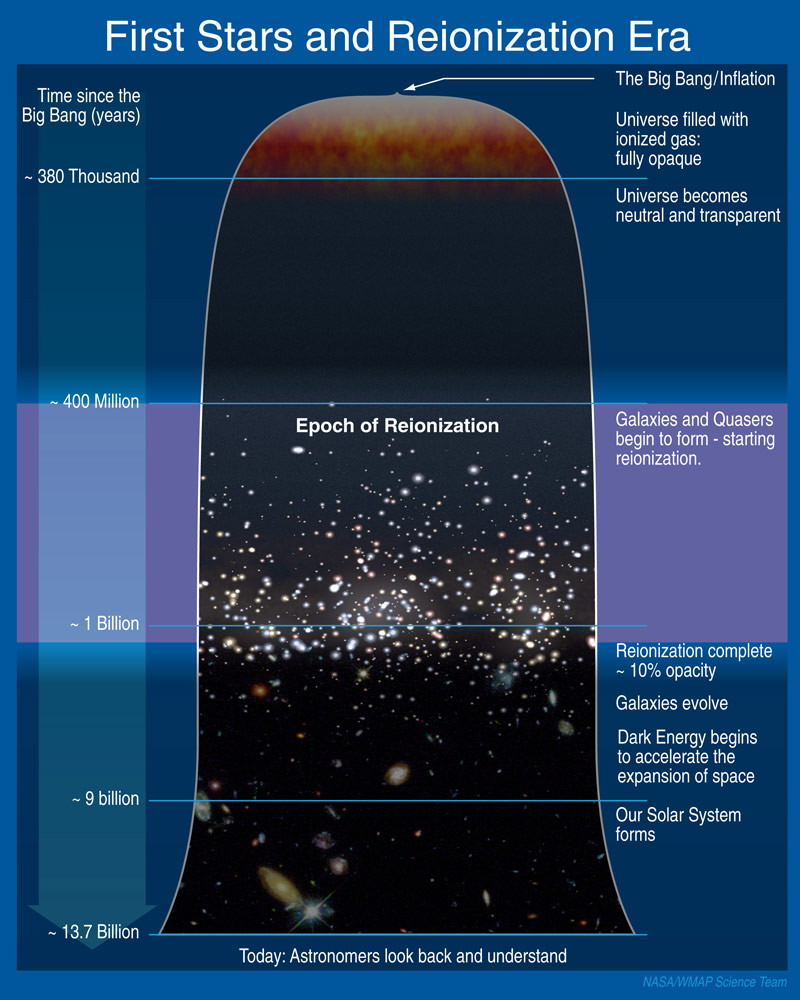 Fig. 1: A diagram of the history of the Universe showing how (after the first stars and galaxies started forming) the Universe transitioned from being opaque to its current transparent state where light can travel freely.

In astronomy jargon we call this era in the Universe’s evolution the “Epoch of Reionization” since the Universe underwent a transition from being neutral, where each hydrogen atom had exactly one electron associated with it, to ionized. The first stars and galaxies started forming when the Universe was around 400 million years old. It was their ionizing UV radiation which slowly dug holes into the neutral hydrogen of the their surroundings, and over the course of several hundred million years changed the state of the cosmos from its previous opaque state and made it fully transparent to light. The high energy photons responsible for this process are known as “Lyman continuum photons” or “LyC” photons for short, and have wavelengths shorter than 912 Å (or 91.2 nm).

Studying a Lyman-continuum Emitter
In order to get a better grasp of this important epoch in the Universe’s history – after all, we wouldn’t be able to see any stars or galaxies otherwise since their light would be absorbed before reaching our telescopes – the authors of today’s featured paper studied a strongly Lyman-continuum-emitting galaxy. From the study of sources of ionizing radiation they hope to learn about how the fraction of ionizing radiation (which escapes the galaxy and hence ionizes the intergalactic medium) depends on how intrinsically bright and how far away the galaxy is.

Ion2
The authors of today’s paper chose the galaxy “Ion2” for their investigation. The galaxy, which lies about 11.7 billion light years away, was first discovered in the GOODS-Southern field in 2015. It is a compact star-forming region with strong oxygen emission lines, giving it a green-ish appearance and hence making Ion2 a very distant “Green Pea” (for more information, there’s also an astrobite on them). However, before the authors could even begin to study Ion2’s ionizing radiation, they were faced with the problem of its nearby neighbour, which could not be resolved using ground-based imaging. Using a camera on board the Hubble Space Telescope it was possible to resolve Ion2, allowing the authors to study its properties. The Hubble images also unambiguously associated the observed LyC emission with Ion2 (see Fig. 2). 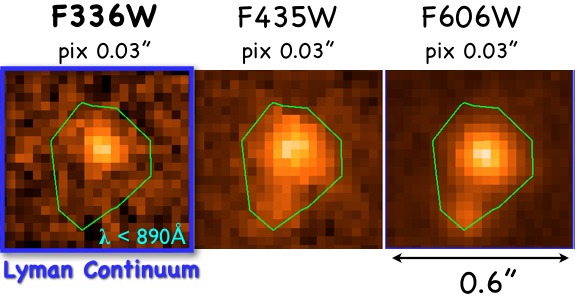 Fig. 2: Hubble images of Ion2 clearly showing a nearby neighbour in the F435W and F606W images. The left-most image is taken in the Lyman-continuum region, showing that Ion2 is indeed a LyC-emitter.

Using further telescopes for multi-wavelength observations (see Fig. 3), the authors were able to determine the physical properties of Ion2. They found that it is a low-mass star-forming galaxy with less than a billion Solar masses, and that the fraction of its elements which are not hydrogen or helium (a number called “metallicity”) is about 1/6 of the Sun’s ratio. 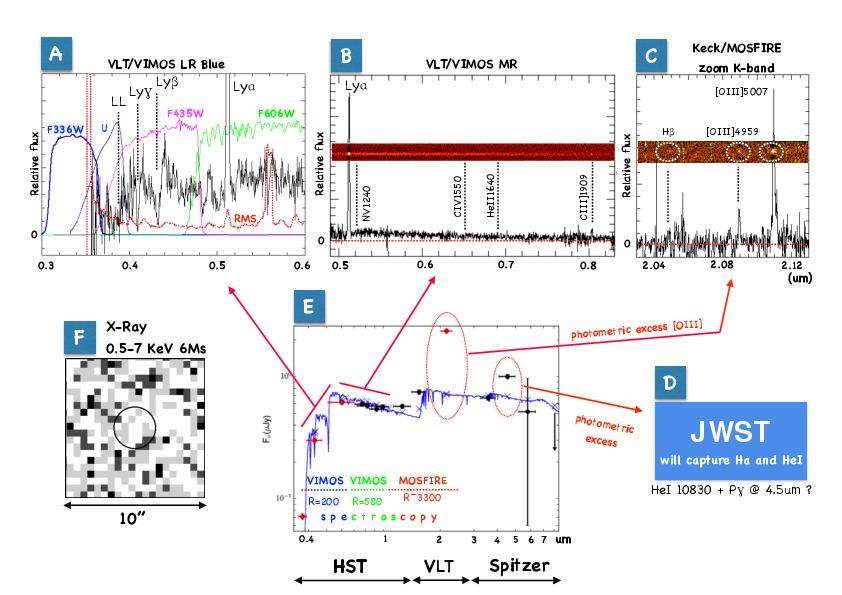 Fig. 3: Obtaining multi-wavelength information on Ion2 allowed the authors to determine its physical properties. The authors used telescopes including Chandra (X-rays), HST (optical), CANDELS and Spitzer (near-infrared), as well as spectrographs covering the ultraviolet to near-infrared using VLT and Keck.

The authors also determined that the ionizing radiation emitted by Ion2 comes from regions undergoing intense star-formation – or starburst regions – where some 10,000 to 100,000 young O-type stars are pumping out ultraviolet photons.

Gaining Insights into Galaxies Driving Reionization
While Ion2 is not a galaxy that itself contributed to the reionization of the Universe (since it only formed after the process was complete), studying its properties can nevertheless tell us about what a typical galaxy during this special epoch of cosmic history might have been like.
What would, of course, be even more exciting would be to study the actual galaxies whose hot stars contributed the ionizing radiation during the Epoch of Reionization. Hopefully, this will be possible with the next-generation space telescope that’s just around the corner: the JWST…

Studying the pulse of a galaxy: model and observations