How cold is Planet X?

Recently, there has been a considerable amount of discussion regarding the detection of a Neptune-sized planet lurking in the outer Solar System. This object was detected indirectly from its gravitational influence on neighboring Kuiper Belt objects, and has yet to be observed directly. Since the planet hasn’t been seen yet, it’s useful to have some idea of its physical properties so that we know what to look for.

In this paper, the authors model the radiation that might be emitted by such a Neptune-sized planet. Instead of a complicated numerical treatment, the authors use simple analytical models and formulas that you’re likely to encounter in an undergraduate astrophysics course. They consider a gas giant planet to be a rocky and icy core, surrounded by a thick atmosphere. This basic structure follows from standard theories of giant planet formation, in which a rocky core accretes gas until it becomes a gas giant. The atmospheric layers compress the inner core, keeping it hot and molten. The temperature gradient between the molten interior and surface layers drives heat transfer to the surface, which then emits the heat as radiation.

The authors then model the temperature change over time as the atmosphere cools. They assume a Neptune-like chemical composition and that the atmospheric mass is conserved. Assuming that the heat from the core diffuses uniformly to the surface, the authors derive that the surface temperature should be around ~60K for a Neptune-like planet that the core temperature should be ~3400K. When such an outer planet cools, the radiation it emits is far larger than the radiation it gets from the Sun due to its location in the Solar System. Fig. 1 shows the dependence of a planet’s effective temperature as a function of atmospheric mass. 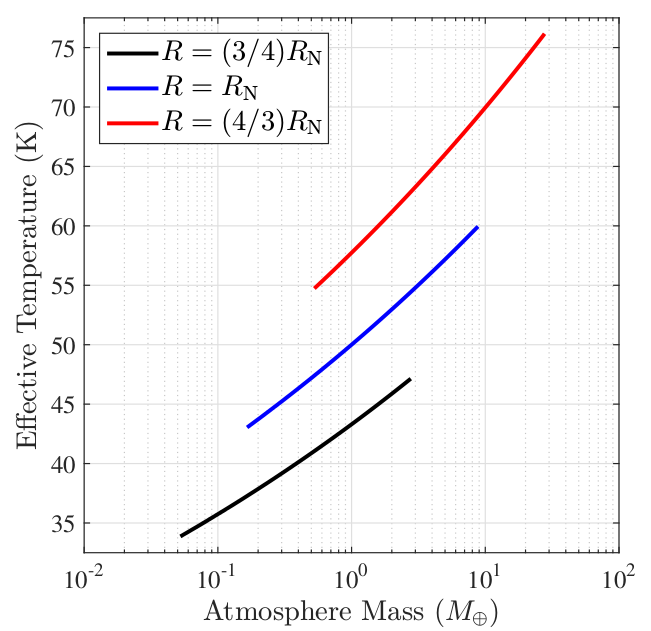 Fig. 1: The effective temperature plotted as a function of mass. The different colored curves indicate different radii of the Neptune-line planet (expressed in units of Neptune radius, R_N).

These atmospheric mass estimates can provide some clues about the planet’s formation history. Additionally, a planet’s temperature (and thus radiative output) can yield useful information on the feasibility of actually detecting it directly. For example, the authors point out that even a null detection by WISE (i.e. a lack of a detection) in the infrared can constrain the planet’s properties, since that sets a upper limit to the amount of radiation that’s being emitted, as well as the maximum mass of such an object.

While there is still much we have left to learn about this supposed “Planet Nine”, the simple models that the authors provide in this paper show that we can still infer a remarkable amount of information about an object that we have yet to see directly.