The first session on Wednesday at 228th AAS Meeting was the Newton Lacy Pierce Prize Lecture by Heather Knutson (California Institute of Technology). This talk featured a broad range of research efforts on exoplanets, with the main focus on how we study the composition of their atmospheres, and how multi-body interactions carve the structure of the planetary systems we observe.

One of her first points is the well-known idea that the Solar System is an oddball, compared to the exoplanet systems we have found so far: most of these systems contain hot Jupiters and mini-Neptunes at very close-in orbits around their host stars. Moreover, even when studying their transmission spectra, it is difficult to know the exact composition of their atmospheres.

The main proposal on how these systems formed is the migration scenario. In order to validate this idea, Dr. Knutson and her group — The Friends of Hot Jupiters — study systems with close-in gas giants and their frequency of binary companions, which are supposed to be the main culprits causing gas-giant migration. They found that approximately half of the observed systems have long-distance companions, providing strong validation of the migration scenario. Moreover, Dr. Knutson speculates that wide binaries have more massive disks, which in turn produce more gas giants, populating our surveys with such planets. 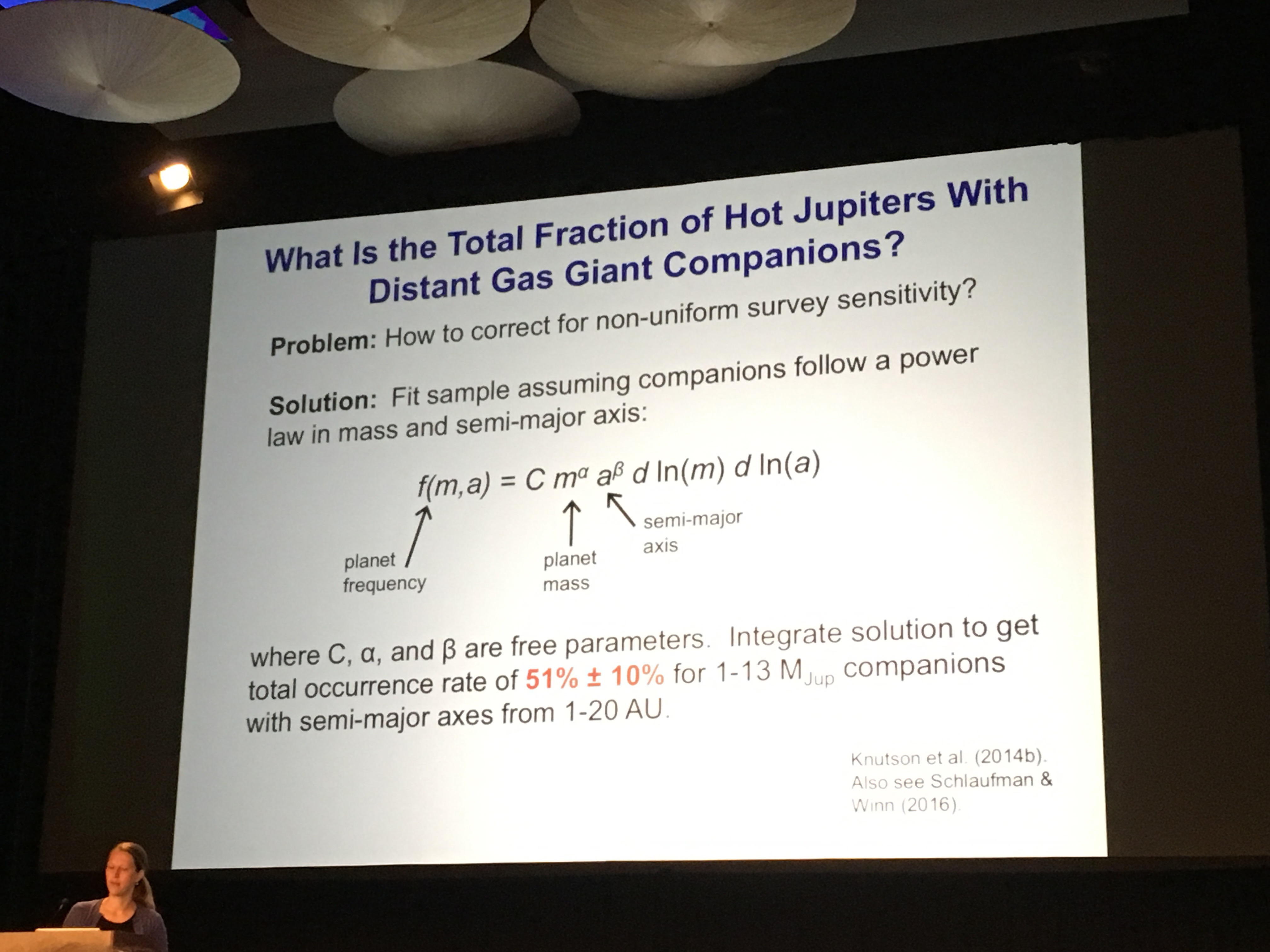 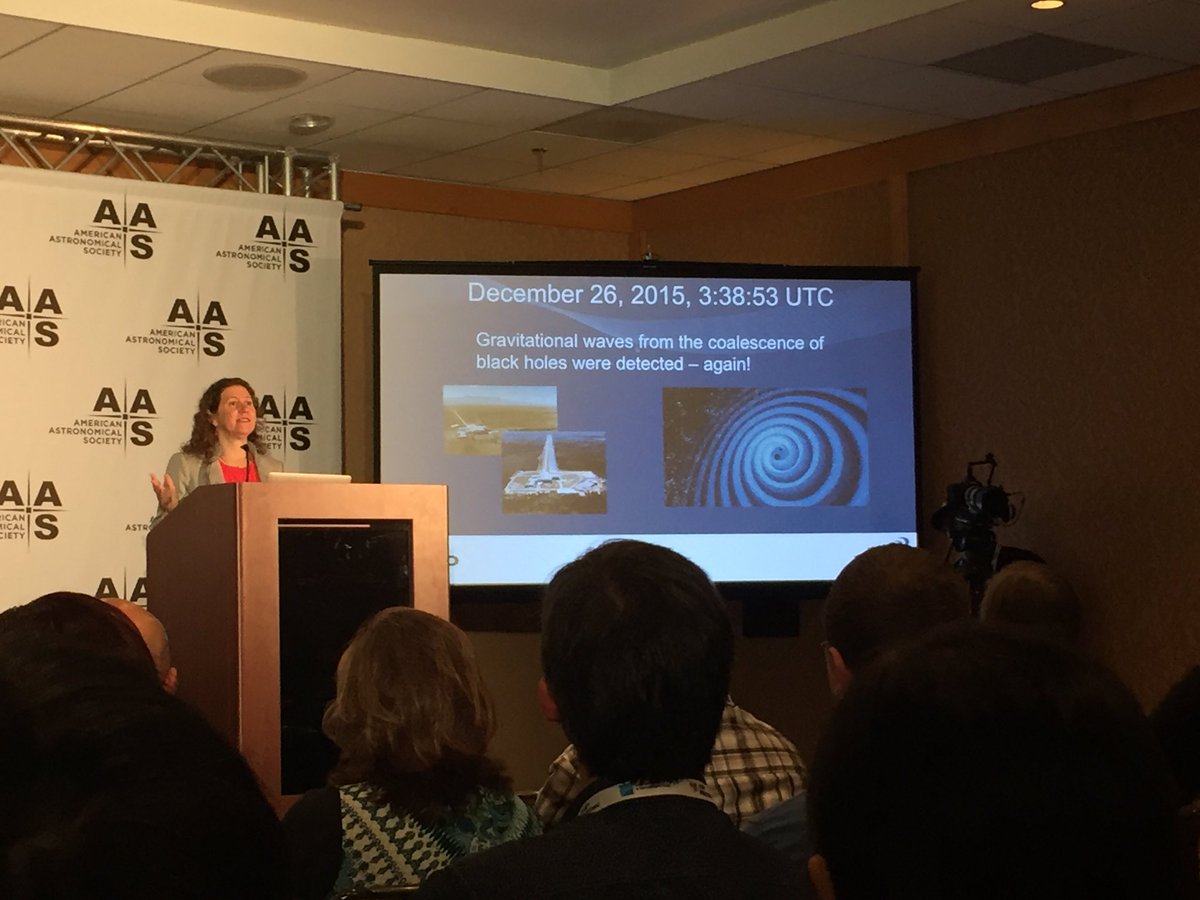 On December 26th 2015, LIGO detected its second full-fledged gravitational wave event, dubbed GW151226 (the numbers signify the date it was detected). This detection along with the full results of LIGO’s first observing run were announced by Gabriela González, David Reitze, and Fulvio Ricci in the morning press conference. The masses of the two black holes are smaller than those of the first confirmed event (GW150914) – about 8 & 14 solar masses for GW151226 compared to 29 & 36 solar masses for GW150914. Though less visible by eye in the data, sophisticated search algorithms that match theoretically-produced templates of the gravitational waveform were able to extract it from the data and build up enough statistical confidence to declare it as a detection. The system was estimated to have merged at a distance of 1.4 billion light-years, and, due to its lower mass, stayed in LIGO’s detection band for a full second (5 times longer than the more massive GW150914). 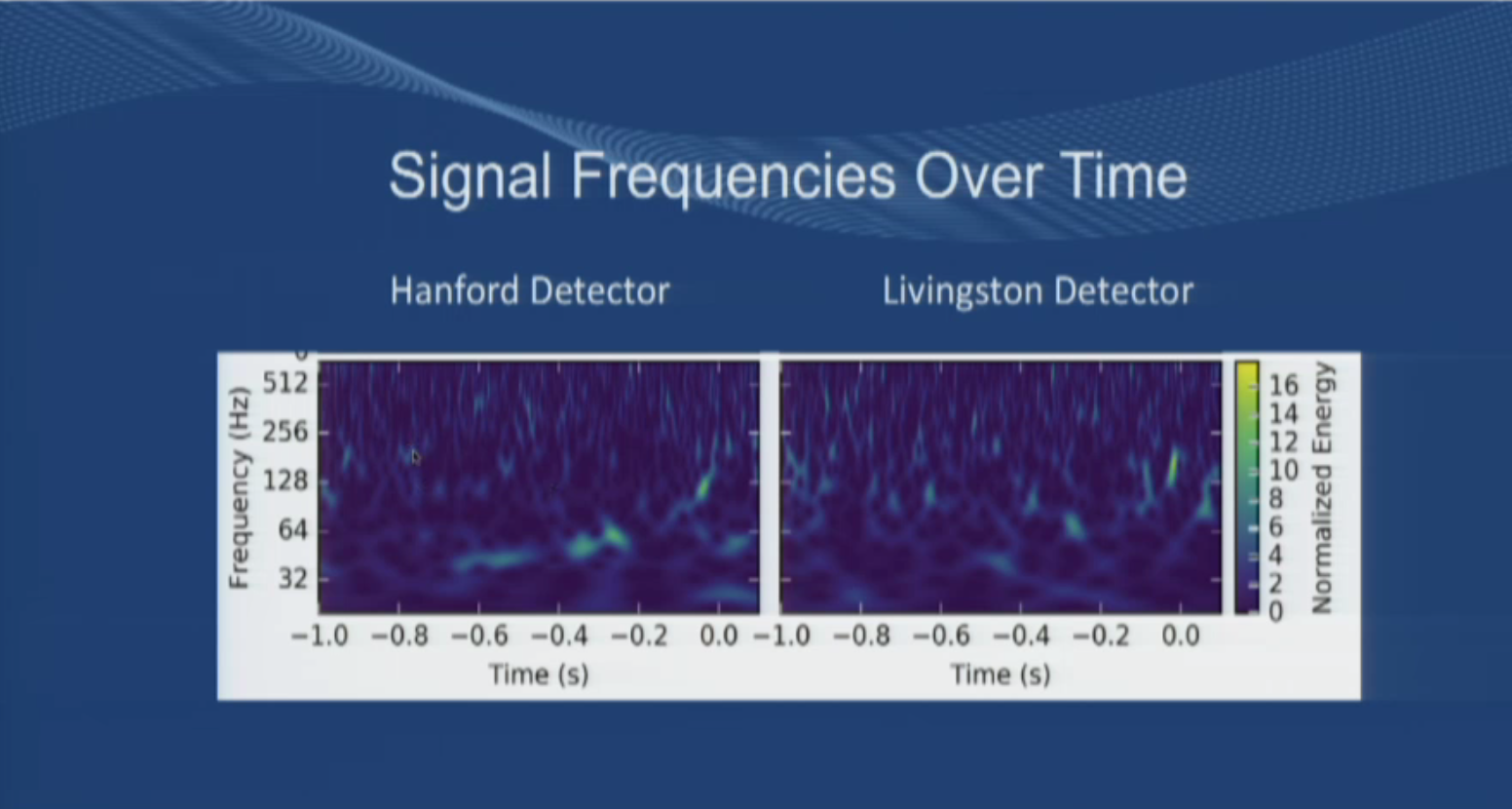 This discovery further solidifies this nascent field into astronomy, and has given astronomers a new sense to explore the Universe. The next observing run of LIGO will commence later in 2016 and will be more sensitive due to system upgrade, increasing the rate at which LIGO should detect these types of astrophysical events. In addition, more detectors will be joining the network of gravitational wave observatories over the next few years, which will further constrain the location at which these events occur in the cosmos and increase the likelihood of detecting an electromagnetic counterpart to a gravitational wave event. More great discoveries to come! 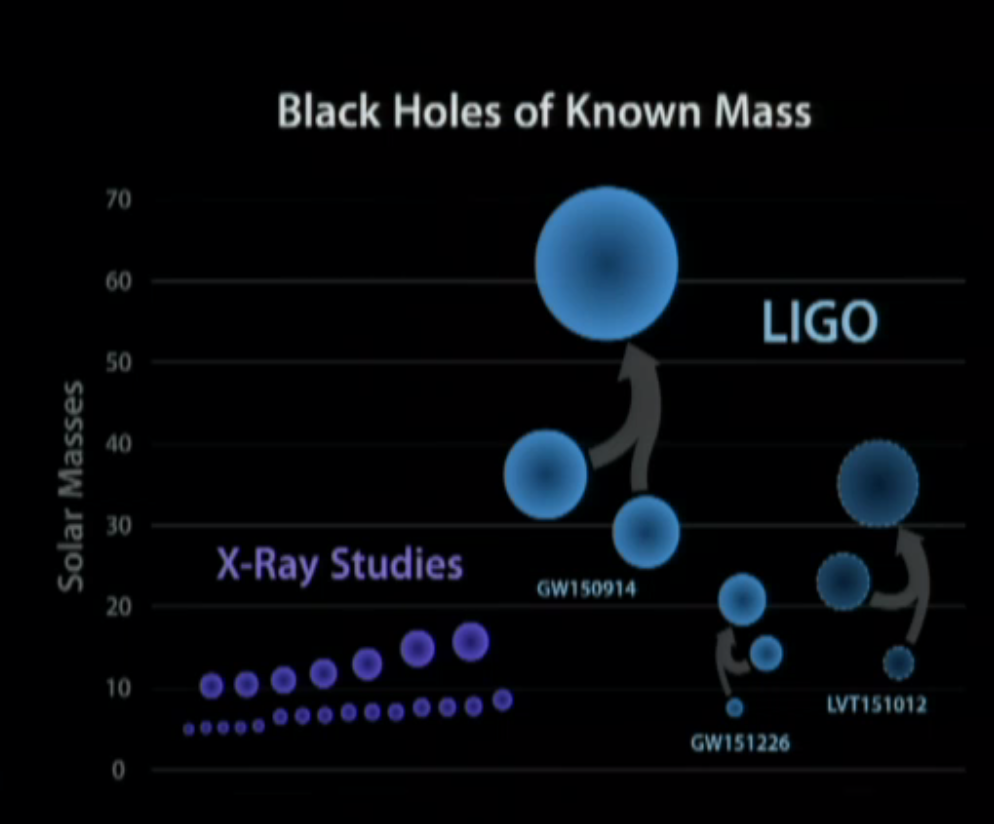 Our zoo of stellar-mass black holes, including the 2 confirmed LIGO event, the 1 LIGO candidate, and indirect evidence from X-ray binaries.

Star Formation in a Range of Environments (by Benny Tsang)

David Cook began our morning star formation session with his work on the connection between the slopes of luminosity functions for star-forming regions and the host-galaxy properties. A moderate-strong trend was found: galaxies with higher star formation rate surface densities (the star formation rate per area projected on the sky) tend to have flatter luminosity functions. It was interpreted as the result of increased star formation efficiencies in high-density environments, which led to a large number of bright regions. Next, Daniel Carson presented his dissertation work on the observations of nuclear star clusters in disk galaxies. Radially-varying stellar populations were found. Stellar population modeling also revealed the star formation histories and stellar masses of the clusters. The stellar mass surface density of IC342 was measured to lie above the theoretical maximum set by stellar feedback.

Kaveh Vasei took us on his journey estimating the escape fraction of Lyman continuum photons from galaxies. He argued that the commonly used indirect methods in determining the escape fraction should only be interpreted as upper limits, and showed us the highest-resolution image of Lyman continuum leakers so far. David Guszejnov then led the first theoretical talk on modeling star formation using semi-analytical models – an approach between full-blown numerical simulations and pen-and-paper calculations. The advantage of such an approach is that you could explore different star formation models (with or without feedback) very quickly. The semi-analytical models with feedback reproduced observables such as the slope and turnover of the initial mass function well, and this technique can also further the understanding of binary-star formation.

Philip Hopkins then continued the theoretical discussion and showed that enough ionizing photons for cosmic reionization could be obtained if we consider binary stars. The idea is that material transfer within binary systems could extend the lifetimes of massive stars, thereby allowing them to produce enough ionizing photons before they die. Veronica Allen closed the session by sharing with us her work on characterizing the chemistry in the massive star-forming region G35.20-0.74N. An asymmetric distribution of nitrogen-bearing species was found, which could be due to disk fragmentation on unresolved scales and the formation of multiple sources with different ages. 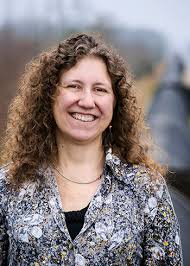 Following this morning’s exciting press conference, Gabriela González, spokesperson for the LIGO Scientific collaboration, gave the Kavli Foundation Plenary Lectureship. Though the Kavli lecture usually opens the AAS meeting, it was moved this week to accommodate the schedule for LIGO’s big announcement today!

González opened the plenary by digging a little further into the physics of LIGO detections. She described how the detectors work, pointing out that they’re designed to detect a strain of 1 part in 1021. This is roughly the same as measuring if the Earth-Sun distance changed by the size of a single atom!

Our ability to localize gravitational-wave detections currently relies on the timing of the observations: noting the difference in time between when the signal passes the LIGO Livingston and LIGO Hanford detectors (on the scale of 10 ms) can give us a broad sense of where in the sky the signal came from. Our ability to localize will significantly improve when future detectors like Virgo (Europe), LIGO-India, and KAGRA (Japan) come online within the next decade.

Gonzalez: the addition of Virgo will significantly improve our ability to localize the sources. #aas228 pic.twitter.com/kCvG8lZMB2

González spoke more about the detections that LIGO has made thus far. There were actually three significant gravitational-wave triggers in the first science run; the third has an 85% probability of being astrophysical, compared to the nearly 100% probability of the two official detections. The fact that there have been so many detections already — despite the fact that LIGO is only at 40% of its design sensitivity — suggest that we can expect many more to come!

As a final note, González pointed out that detections by ground-based gravitational-wave interferometers are only the start of gravitational-wave astronomy. Future observatories and missions (like eLISA, and improved-sensitivity pulsar timing arrays) will expand the search for gravitational waves to different frequency ranges.