A Planet Living on the Edge

Title:  Direct Imaging Discovery of a Jovian Exoplanet Within a Triple Star System

There’s a tug-of-war in the HD 131399 system.  A planet, HD 131399Ab, is being pulled in two directions.  On one side is the massive star HD 131399A.  On the other is a pair of smaller stars HD 131399B and HD 131399C.  The more massive HD 131399A is winning, but the battle is the most evenly matched that has ever been observed.  The planet’s orbit is just barely stable.  Orbiting far away from its primary host, it could be sent crashing inwards or tossed out of the system altogether.

HD 131399 is a triple star system.  The most massive star in the system, HD 131399, is a hot A1 star about 1.8 times the mass of the Sun.  About 350 AU away from it (1 AU = the distance from Earth to the Sun) is a pair of smaller stars, one the mass of our Sun and the other about 40% less massive than the Sun.  The primary star and the pair of smaller stars are gravitationally bound and orbit each other once every 3500 years or so.  The system is located in the Upper Centaurus-Lupus association, which implies an age of the system of 16 Myr (million years).

Between them all, about 82 AU away from the primary star, is a gas giant planet four times the mass of Jupiter discovered via direct imaging using near-infrared observations with the Very Large Telescope.   Figure 1 shows a schematic of the system.  This planet is only detectable because of the extremely young age of the system.  The light seen from the planet isn’t reflected from its suns, but rather, it comes from the planet itself as it cools from its initial, hot formation stage.  Its internal heat means that the gas giant’s “surface” is a blistering 850 K.  Its brightness and high temperature also allowed the authors to take a spectrum of HD 131399Ab, for which they found an atmosphere filled with methane and water. 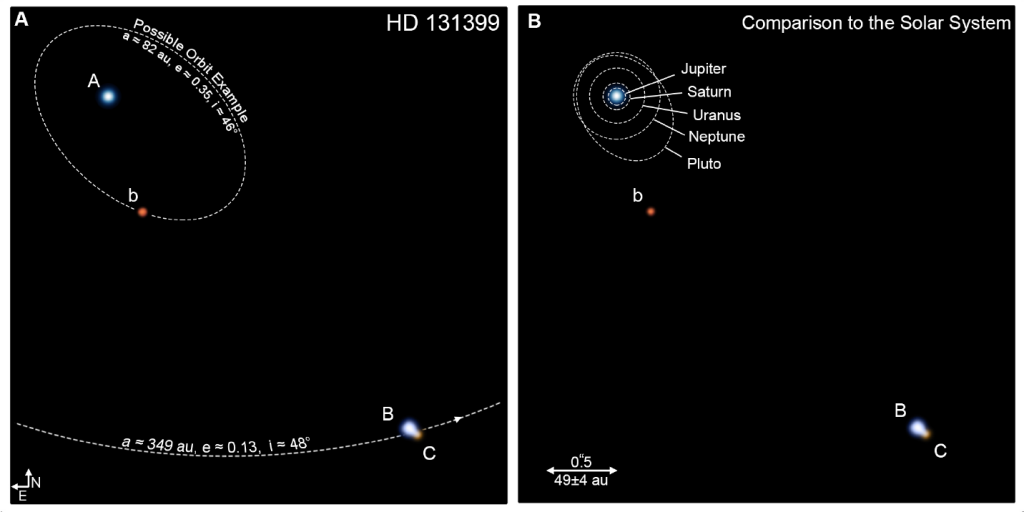 Figure 1: Left: one possible orbital configuration for the HD 131399 system with ‘A’ as the primary and ‘B’ and ‘C’ as the distant stellar pair. Right: a comparison to the solar system.

Finding a planet in a multiple star system in itself isn’t too unusual.  There are several known examples (also see this).   This system, though, is a bit unusual.  HD 131399Ab is the widest exoplanet ever discovered in a triple star system.  Solar systems with more than one body are frequently chaotic.  Even our own solar system could lose Mercury in a few billion years.  The existence of multiple massive bodies such as stars only increases potential instability.  For a hypothetical planet in close orbit around the primary star, HD 131399A, the effects of the distant pair of stars would be negligible.  However, as you move the planet farther and farther away from the primary, the gravitational perturbations from the distant pair of stars grows larger.

If the semi-major axis of the planet’s orbit is greater than about 1/3 the semi-major axis of the stellar system, the planet’s orbit is likely unstable.  HD 131399Ab is the closest known planet to this instability criterion.  The ratio for HD 131399Ab is in the range 0.14-0.38 (see Figure 2), which means that there is a possibility that the planet could be on an unstable orbit.  The authors test the stability of the system under a range of possible orbital configurations and find that, although it remains possible, an unstable orbit is an unlikely situation despite the young age of the system. 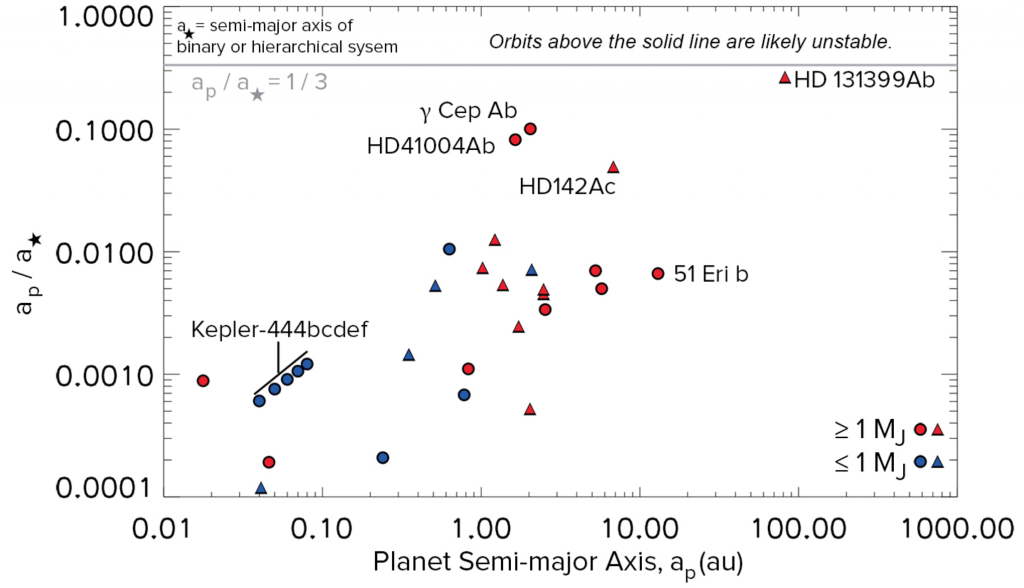 Figure 2: The ratio of planet semi-major axis to the semi-major axis of the stars for a variety of planets. If the ratio is greater than ~1/3, the system is likely to be unstable. HD 131399Ab is the closest known planet to the instability criterion with a ratio between 0.14 and 0.38.

HD 131399Ab is one of the lowest mass and coldest planets discovered via direct imaging, and it lives in a young, dynamically active triple star system.  It has the widest known orbit of any planet in a triple star system, its orbit skimming the instability criterion.  The existence of this planet demonstrates the ability for planets to live on the edge.