The Milky Way has hundreds of billions of stars. This huge number makes it impossible for astronomers to study each one of those individually in detail. We mostly focus on the average properties of each class of star, trying to understand them. Using that, we can infer cool stuff about the Galaxy, the Universe, and, well, ourselves (remember, we are made of star stuff!). However, when one object stands out and decides to behave differently from the others, we quickly turn our eyes towards it. Usually these mischief makers can help tie up the loose ends of our theories. A good theory must explain not only the average behavior, but also be capable of covering weirdness. The authors of today’s paper focus on one particularly peculiar object.

Bumps in the light curve

The perpetrator’s name: AR Sco. It’s actually been known for over 40 years and was classified, considering its period of 3.56 h, as a plain delta Scuti variable star. Until some amateur astronomers noticed something weird about it. The light curve, which is usually remarkably well-behaved for delta Scuti stars, showed some unexpected scatter (see Fig. 1a). They contacted some professional astronomers, and together they decided to dig in, which in astronomy usually means obtaining more data. They obtained brand-new light curves for the object in X-ray, ultraviolet, optical, infrared, and radio wavelengths. They also obtained time-resolved spectra.

The new data revealed a 1.97 min pulsation period, which is responsible for the scatter seen on the original light curve. Most surprisingly: this frequency is detected in all wavelength ranges, except for X-rays. It turned out that the 3.56 h period was actually the orbital period of a close binary, as the radial velocities obtained from the time-resolved spectra revealed (see Fig. 1b). As you can see on Fig. 2, most of the flux is from an M-star, with atomic emission lines due to mass transfer. There’s still remaining flux of unknown origin, but delta Scuti stars are of type A-F, and this is definitely not the case here. We actually only see the spectrum of one star. Where is the companion? 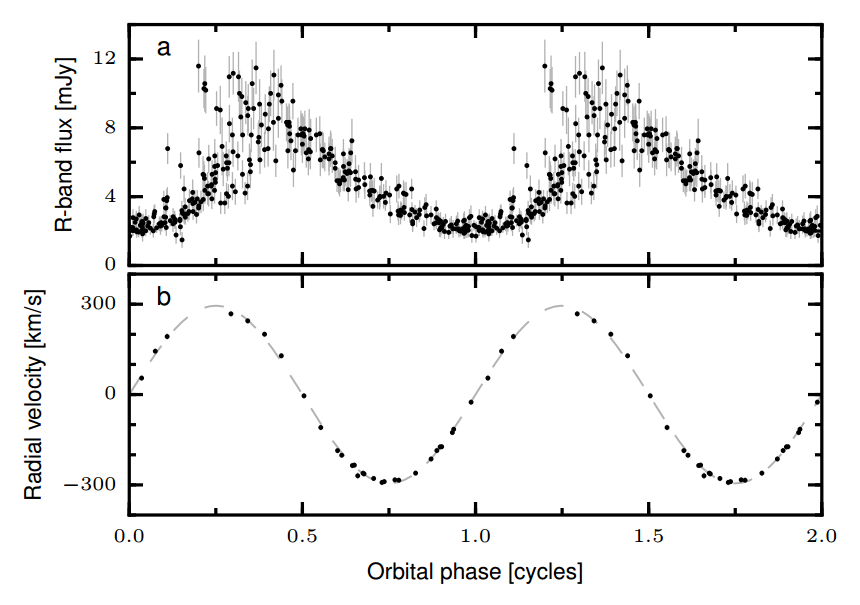 Figure 2: The observed spectrum for AR Sco is shown in black. It shows strong TiO bands, characteristic of M stars. An optimally-scaled template for a star of type M5 is shown in green. In red, the sum of the template plus a fitted smooth spectrum. The magenta is the extra light, i.e. the observed spectrum of AR Sco minus the template. Note the strong atomic emission lines resulting from mass transfer. The blue line is a model for a white dwarf with the maximum temperature which could still justify us not detecting its contribution on the observed spectrum.

To explain the radial velocity amplitude of the M star and the fact that we do not see its spectrum, the companion must be a compact object, either a white dwarf or a neutron star. This also explains the 1.97 min pulsation: it is driven by the compact object’s spin, either near the compact object or at the M star through direct interaction with the compact object’s magnetosphere. We don’t detect the compact object simply because it is too faint compared to the M star. But the peculiarities of AR Sco don’t stop there. Its emission is orders of magnitude brighter than the sum of the thermal emission from its component stars, estimated by models, especially in the infrared and radio (Fig. 3).

Where does the extra flux come from? 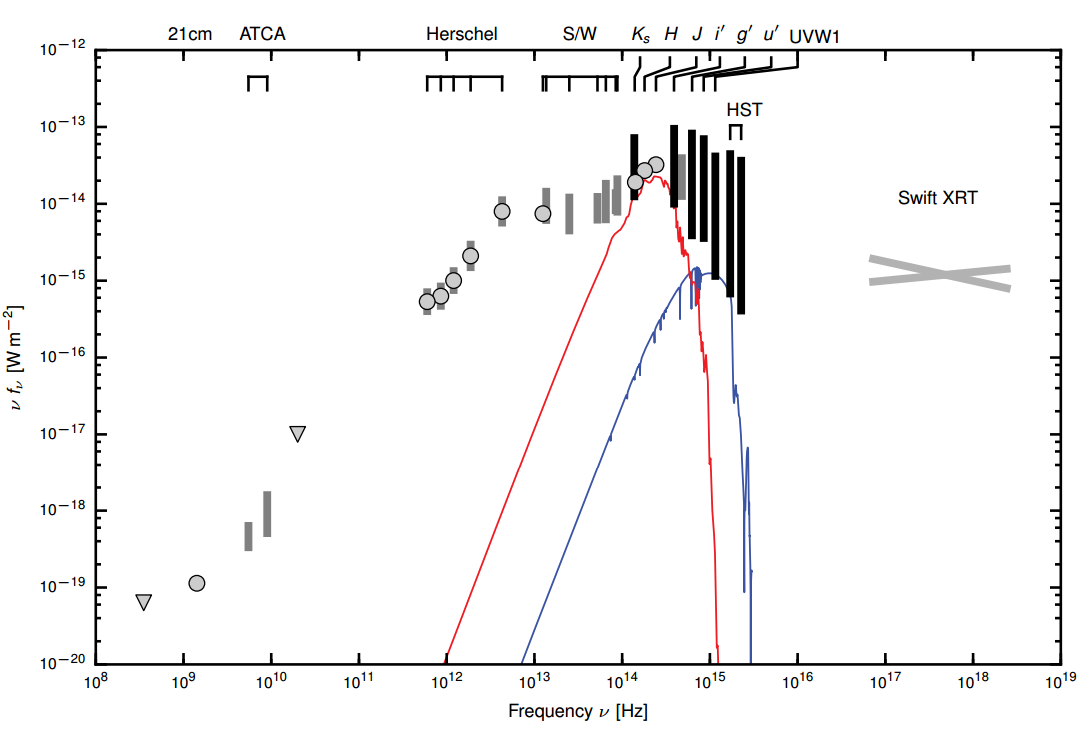 Figure 3: The spectral energy distriution (SED) of AR Sco. The black bars show the range spanned by time-resolved data, grey bars are data spanning less than a full cycle, grey dots with error bars represent single exposures, grey lines represent the range of X-ray spectral slopes, and triangles are upper limits. The origin of the data is identified on the plot (S/W marks data from Spitzer and WISE). The red and blue lines are model atmospheres for the M star and the white dwarf, respectively. Note that the SED extends from radio to infrared, and is more intense than the sum of the SEDs of the two stars.

There are two hypothesis to explain the excess seen in AR Sco’s SED: accretion and spin down power. Accretion would be necessary in the case of a neutron star, because the luminosity caused by the spin down wouldn’t be high enough to explain the detected flux. In the case of a white dwarf, the source should be the spin-down luminosity, because the accretion rate would have to be so high we would be seeing Doppler-broadened emission lines from the accreting gas in the spectrum, while we actually see only contributions from the M star and the atomic lines.

From the observations the authors conclude that the compact object must be indeed a white dwarf. First, the distance they estimate for the object is typical of white dwarf / main sequence binaries. Second, the X-ray luminosity is much lower than typical for accreting neutron stars. Third, the spin period is an order of magnitude longer than expected for neutron star powered pulsars. Finally, the estimated masses are more consistent with a white dwarf plus M dwarf pair. This is the first time pulsations are detected at radio frequencies on a white dwarf system.

Moreover, the fact that AR Sco’s SED is so extremely broad-band is indicative that there’s synchroton emission from relativistic electrons. The exact emission mechanism remains a mystery. Two possibilities are collimated fast particle outflows and direct interaction of the white dwarf’s magnetosphere with the M dwarf. This is something we still have to dig into. It’s amazing how the joined effort of amateur and professional astronomers revealed that an apparently plain object had many hidden riddles in it. Our theory seems to have all it needs to explain it, so much that more than one option is possible. So we’ll keep looking up at the sky until we solve these mysteries. That’s astronomy, folks!