Residing at the 30m IRAM telescope in Pico Veleta, Spain, the eagerly anticipated New-IRAM-KIDs-array 2 (NIKA2) imaging camera is coming to the end of its commissioning phase and is almost ready to be let loose on the scientific community. Today we will be exploring the capabilities of it and its predecessor NIKA within the field of Cosmology, specifically the Sunyaev-Zel’dovich effect (SZ effect).

As the largest gravitationally bound systems in the Universe, galaxy clusters make fantastic probes for Cosmology.  Through the study of their number and physical distribution as a function of redshift and mass, it is possible to calculate key cosmological constraints. However in order to obtain trustworthy values we must be able to accurately measure the total mass of a cluster. One typical method involves inferring the location of dark matter from the distribution of a type of ordinary matter, which in clusters exists in the form of hot ionised, X-ray emitting gas. This hot ionised gas also has a peculiar effect on the oldest photons in the universe – this is the SZ effect. 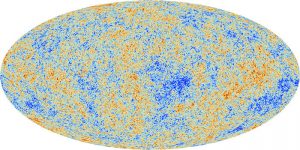 Figure 1: Temperature fluctuations in the full sky Cosmic Microwave Background as imaged by the Planck satellite. Credit: ESA and the Planck Collaboration

Temperature fluctuations in the Cosmic Microwave Background (CMB) are caused by very distinct physical processes including the SZ effect, which provides one of the dominant contributions to these fluctuations on small angular scales – where θ << 1°. CMB photons can gain energy if they intersect a cloud of very hot electrons often associated with clusters of galaxies.  This results in a unique spectral signature which is related to the thermal energy content of a galaxy cluster and is therefore linked to its total mass. One fun fact about the SZ effect is that it is not affected by dilation associated with redshift, making it a particularly good tool for detecting clusters at higher redshifts. These are more interesting because this is where cluster parameters will be most sensitive to cosmological constraints.

Advances in instrumentation like Planck and the Atacama Cosmology Telescopes have resulted in thousands of SZ clusters being discovered. However there is still some disagreement between the cosmological constraints calculated using SZ clusters and those calculated from the fluctuations in the Cosmic Microwave Background. In order to achieve this, we need to improve the precision of our total mass estimates for clusters and for this we need high angular resolution – we need NIKA.

NIKA is an imaging camera formed of 356 pixels split over two frequency bands, centred around 150 and 260 GHz. Each pixel contains a Kinetic Inductance Detector (KID) which is fundamentally a photon detector with a resonant frequency, where an incoming photon will cause a shift in this resonant frequency proportional to its energy. KIDs are simple to fabricate and easy to multiplex together, allowing for many pixels to be combined to improve the resolution of images.

Located at a redshift of 0.89, CL J1226.9+3332 is a hot, massive cluster highlighted in the paper to show off the capabilities of NIKA in a SZ pilot study. A total of 7.8 hours was required to produce the first resolved images of this cluster at 150 and 260 GHz. The advantages of observing at two frequencies are clear, as it has allowed for the point source that resides to the left of the X-ray origin in 260 GHz (shown in red) to be characterised and subtracted from the 150 GHz signal, leaving behind the SZ morphology required to later extract the cluster mass.

After a successful run with NIKA, it was time to upgrade from 356 pixels to over a thousand for NIKA2.  Not only will this continue to improve the resolution of SZ measurements, but NIKA2 will also benefit from having the capability to measure the linear polarisation of incoming light in the 260GHz band. This SZ team have already secured 300 hours of telescope time in order to develop the SZ Large Programme once NIKA2 is fully operational later this year. Key objectives include obtaining high resolution SZ observations for a representative sample of clusters at different redshifts, allowing for the study of cluster property evolution across different cosmic times. These will further the development of precision cosmology using clusters, leading to a better understanding of our own Universe.