“Africa is the greatest untapped pool of scientific talent anywhere, and no one realizes this.” These are the words of Neil Turok, the South African cosmologist and founder of the African Institute for Mathematical Sciences (AIMS) graduate program. Despite this, Africa’s ballooning population is undergoing rapid technological change. The tech sector is blowing wide open. Cell phone infrastructure has spread like lightning and supports the widespread use of WhatsApp, Facebook, and mobile money. People are more connected and technology-dependent than ever before.

The International Astronomical Union (IAU) marked Sub-Saharan Africa for “special attention” in a Strategic Plan to use astronomy for global development in 2010-2020. This was followed in 2011 by the founding of the Office of Astronomy for Development (OAD) to help implement the Plan’s ambitions.

I asked OAD Director Kevin Govender what astronomically-related skills are most needed in sub-Saharan Africa. In an email, he notes that there are three major ongoing projects. They include the optical facilities of the South African Astronomical Observatory (SAAO) like the South African Large Telescope (SALT); radio facilities including the Karoo Array Telescope, the Square Kilometer Array, and the African Very Large Baseline Interferometer (VLBI); and the High Energy Stereoscopic System (HESS) gamma-ray facility in Namibia. 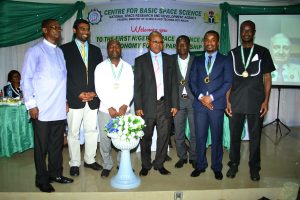 The SKA alone is a rising behemoth that will require human infrastructure to handle staggering data management and transfer challenges from remote locations in eight other African partner countries. (Much ado has been made about the ~200 petabytes of data that the Large Synoptic Telescope (LSST) will generate. But the SKA is expected to generate more than twenty times as much.)

The great thing is that the skills that will be fostered and demanded by these projects can be applied to other things. “Big data is the buzz word here,” writes Govender. “Anyone with data analysis skills would be able to move into the tech industry”–like mobile phone services–“or the development sector” where social data is analyzed, such as at the South African Stats SA and the Human Sciences Research Council.

If you’re interested in becoming involved in astronomically-based capacity building in Africa, you can get ideas from the list of projects the OAD has partially funded in the past. There’s also a list of ways you can help the OAD in particular.

Now let’s take a closer look at two initiatives in Africa that are making a difference.

Margaret Ikape was in high school in Nigeria when she first heard a passing reference to astronomy. In college she was among a small number of students who were actually studying the subject when she heard about a West African International Summer School for Young Astronomers (WAISSYA). She decided to apply.

The idea for WAISSYA germinated in 2012 among discussions at the IAU General Assembly in Beijing, China, between the Nigerian radio astronomer Bonaventure Okere, and Michael Reid and Linda Strubbe of the University of Toronto. Okere was excited about developing radio astronomy in West Africa, and hoped to establish a regional OAD node in Nigeria. Strubbe had previously done outreach work with children in South Africa, and was excited to collaborate with him on a summer school project.

WAISSYA is now a biannual workshop involving between 50 and 70 participants, mostly from West Africa, from college kids to teachers to engineers from Nigeria’s space program. The workshop met in Nigeria in 2013 and 2015, and is holding its third meeting this week at the Ghana Space Science and Technology Institute.

The undergraduates have lectures, inquiry activities, and community-building sessions. “Lecturers” try to speak as little as possible and let students respond to questions and pose questions of their own. Participants discuss open-ended questions like “How do we know how far away things are?” and argue their views.

Throughout the workshop, participants build community by socializing and networking over cups of that all-important pan-African elixir: very, very sugary tea. 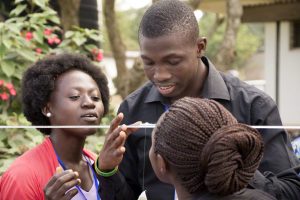 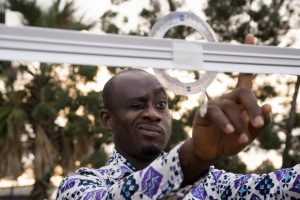 Ikape participated in WAISSYA in 2013 and 2015. As a participant, the inquiry activities would “make you think on your own.” Surveys of other participants also found that the sessions could be frustrating and difficult, but ultimately rewarding. They learned to ask questions, work as a team, and realized that silly-sounding questions may turn out to be important.

Ikape also got advice at WAISSYA about applying to graduate schools. Now, in 2017, she is a peer of WAISSYA instructor Jielai Zhang as a graduate student at the University of Toronto, and is now returning to WAISSYA as an instructor herself. Other workshop alumni are pursuing graduate studies at the University of Nigeria and the University of Waterloo in Canada. The experience can also prod participants towards engineering careers, which Chibueze says can include software development, machine learning, data handling, and design of hardware and automation processes.

What is the workshop in need of? It might benefit from more instructors from the continent who could supplement the representation from Nigeria, and perhaps other Westerners who could mentor alumni online. Currently, though, the most pressing thing that WAISSYA needs are donations.

On a UN list of the least-developed countries in the world, Burkina Faso is number six from the bottom. During work there in the 2000s, a Rwandan medical worker mentioned her astronomer-husband Claude Carignan in a conversation with the country’s Minister for Higher Education. The Minister paid him a visit at the Université de Montréal in Canada, and asked if he would like to help start an astrophysics program at Burkina Faso’s flagship university. To test the waters, Carignan spent a sabbatical in 2007 in the Burkinabe capital Ouagadougou.

Carignan found that the classes at the Université de Ouagadougou were adequate, but the lab facilities were non-existent. He agreed to participate on the condition that six future Burkinabe astronomers be hired onto the faculty. “The critical mass of six is important,” Carignan tells me, in order to sustain an active research program. The condition was accepted. Carignan chose six students for advanced studies, and he and some of his colleagues from Quebec taught graduate classes at the Université de Ouagadougou. In due course, an IAU conference was also held in Ouagadougou in 2010.

Jean Koulidiati, the university’s Director of the Laboratory of Physics and Chemistry of the Environment, assisted Carignan in navigating the myriad cultural, logistical, and bureaucratic obstacles for laying groundwork for the program. “He opened me all the doors,” says Carignan. “By myself I’m sure I would never have been able to do all that.”

As of now, two of the students have completed their PhDs, and more are in the pipeline. One graduate, Zacharie Kam Sié, graduated from the Université de Montréal and is already on the faculty in Ouagadougou. Kam Sié is juggling heavy teaching responsibilities, paper-writing, and outreach initiatives. He tells me in an email that they are also in the process of developing a master’s program in Ouagadougou in astrophysics and photonics instrumentation “to contribute to the development of our country via astronomy.” 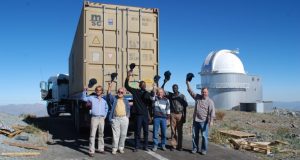 Bon voyage! The MarLy telescope is packed up and ready to depart La Silla Observatory in Chile for the long voyage to Burkina Faso. (Image courtesy of C. Carignan.)

Indeed, this is why the impoverished Burkinabe government has sunk money and resources into the development of astrophysics at home– it’s useful for all kinds of things! Already, the astrophysics program has led to links between the government and photonics companies interested in shifting contract work from China to Africa.

But how does one avoid facilitating a brain drain of researchers overseas? “There has to be an attraction,” says Carignan. “And if the labs are empty, they won’t come back.” Accordingly, Koulidiati, Kam Sié, and Carignan are working on building a 1-m optical research telescope on a mountain called Djaogari. The site has been characterized, the dome itself is ready, and a disused telescope (the former MarLy) was packed in from La Silla in South America. “Even if it’s not that big of a telescope, there’s a niche for such a telescope,” says Carignan. Science goals could include surveys of hydrogen-alpha in the Milky Way and in the diffuse interstellar gas.

Stay tuned. Soon Africa will see more areas of localized skill sets attain critical masses, and both massive and niche astronomy facilities will come on line. If WAISSYA and the Université de Ouagadougou are showing what is already possible at the ground level, imagine what else is to come.

AAS Summer meeting in Indianapolis: The abstract deadline is approaching!