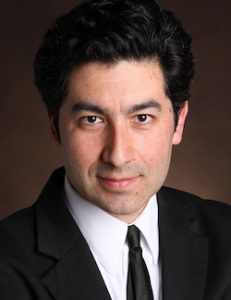 What if we could predict the types of planets expected around stars just from knowing the type of the star? Dr. Keivan Stassun’s goal is to allow us to do just that. A stellar astronomer by training (and passion), Dr. Stassun is the Stevenson Professor of Physics and Astronomy at Vanderbilt University. He has spent a considerable amount of time studying eclipsing binary stars, which are double star systems whose orbital plane is edge-on to the line of sight from Earth. This means that each star eclipses the other once per orbit as viewed from Earth, making them useful tools for constructing models of the physical properties of stars. Most recently, he’s been using sets of eclipsing binaries to provide an independent verification of the parallaxes and proper motions of stars measured by the European Space Agency’s GAIA mission. Having an independent measure of GAIA’s ultra-precise astrometry measurements will certainly have useful trickle-down effects for the rest of the astronomy community.

Now, Dr. Stassun has transitioned into studying planet-hosting stars along with their planets. He currently works with the Kilodegree Extremely Little Telescope (KELT), a transiting exoplanet survey that tackled the difficult problem of finding planets around hot stars (which tend to rotate faster, broadening spectral lines and making the radial velocity method extremely difficult to use). Their hard work paid off with the discovery of the hottest planet ever found: KELT-9b. Orbiting a hot A-type star, KELT-9b is over 1000 degrees hotter than any previously discovered exoplanet. Its atmosphere is a scorching 4500 Kelvin (as hot as a K-type star!) and is predicted to entirely evaporate due to the heat within a billion years, leaving behind a burnt, Mercury-like crisp. KELT-9b is a planet by any typical definition but its atmosphere is more like a star than a planet. Finding more planets like it will allow us to determine how they form. 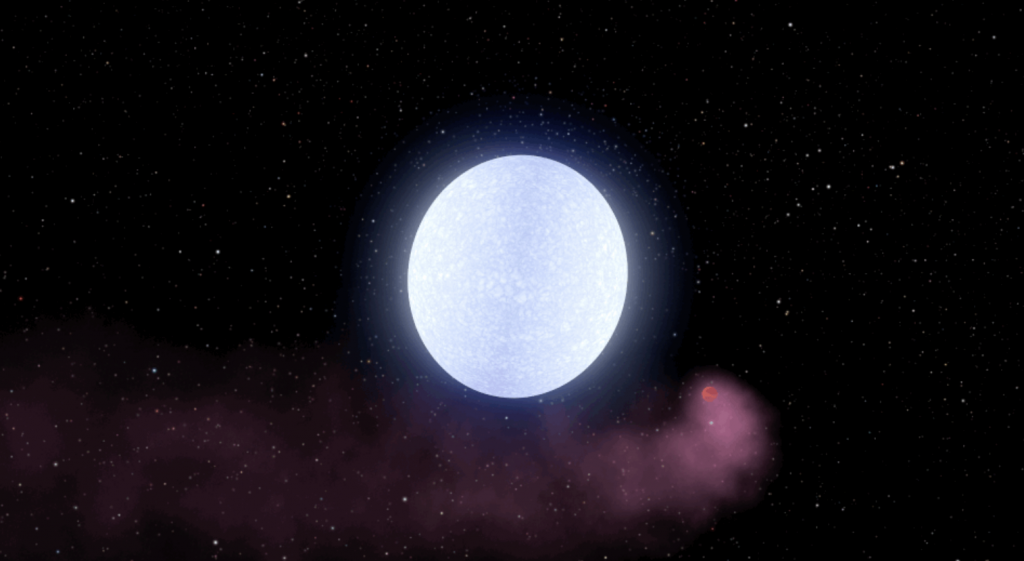 Figure 1. Artist’s illustration of KELT-9b orbiting its host planet. Both the star and the planet are so hot that the planet’s atmosphere is streaming away due to evaporation, and will eventually leave behind a Mercury-like core. Image credit: NASA/JPL-Caltech

Dr. Stassun began his astronomy journey in Los Angeles, California, where light pollution makes the night skies terrible for astronomy. But he knew early on that he wanted to be a scientist. He decided astronomy was his calling in his second year of undergrad, when his undergraduate advisor, Gibor Basri, first invited him to do research. Since then, he says he’s “never looked back.” Additionally, growing up under a single mother who immigrated from Mexico “imbued in [him] some ideas about the American Dream and social justice” that clearly defined the type of professor he wanted to be. Namely, when he’s not researching stars and exoplanets, Dr. Stassun dedicates himself to advocating for minorities in astronomy and space science.

In his diversity work, Dr. Stassun has also recently started focusing on neurodiversity with the founding of Vanderbilt’s Center for Autism and Innovation. Inspired by his eldest son, who is on the spectrum, he is determined to “turn the deficit view [of autism] on its head and instead ask what can we learn from the autistic mind to help us advance?” As his son has gotten older, Dr. Stassun has noted his “incredible capabilities for math, pattern recognition, and data visualization,” and upon further research he discovered his son is far from unusual in this regard. He hopes that the Center for Autism and Innovation will help us learn from autistic minds how to create better data visualizations and possibly even how to improve artificial intelligence.

When asked about any advice he’d give to an undergraduate researcher, Dr. Stasstun said he would have liked to know that “impostor syndrome is real and universal.” In fact, it’s taken him 45 years — for the record, he is 45 years old — to ignore that pesky impostor voice (this astrobite notes some strategies you can use with your own impostor). He noted a particularly strong impostor flareup that happened in an undergraduate physics course — when working on a problem set about conservation of energy, he realized “I don’t know what energy is.” He was “totally convinced that [he] was the only one in a room of 200 people who couldn’t answer the question ‘what is energy?’.” What no one told him was that no one knows what energy is! The question “what is energy” might seem simple at face-value, but it is actually an incredibly complex problem. The ability to ask such fundamental questions is what he believes has allowed him to succeed as a researcher, saying “the people cut out for this business are the ones constantly questioning their understanding.”

If you’re interested in hearing more about Dr. Stassun’s work, check out his plenary talk at 4:30PM on Tuesday, June 5 at #AAS232!