Title: The Binary Fraction of Stars in Dwarf Galaxies: the Cases of Draco and Ursa Minor

Disclaimer: My advisor is an author on this paper, but somehow I didn’t realize that until after I’d finished writing the entire post. Hopefully you’ll forgive my compromised journalistic integrity!

Stars aren’t usually only children. In fact, we think most stars are born in binary or multiple systems. But just how many binary systems are out there?

Understanding the fraction of binary stars is important in studying galaxies. For example, the number of binaries can affect some estimates of global galaxy parameters like star formation rates, which depend heavily on models of stellar populations. Binary stars can also lead to events like Type Ia supernovae (the thermonuclear explosions of some white dwarf stars with binary companions), so knowing the fraction of binary stars can help us figure out the rates of these events.

Binary stars might be even more important in the smallest and faintest of galaxies, called “ultra-faint dwarf galaxies” (UFDs). UFDs are strange systems. They seem to be hybrids between globular clusters and dwarf galaxies, but they’re mostly classified as “galaxies” instead of stellar clusters. This classification is, in part, because UFDs (like other galaxies) appear to be dominated by dark matter based on observations of the velocities of their stars.

How does this work? The velocity dispersion (a measure of how much the stars’ velocities differ from the average motion of the galaxy) is high for a UFD. This suggests that there’s a lot of mass in the galaxy, making the stars orbit quickly around the galaxy’s center of mass. The velocity dispersions are even high enough to imply that there’s more matter in UFDs than just the visible matter: hence, dark matter! This could make UFDs promising targets to probe the physics of dark matter.

But binary stars could mess this all up. As the stars in binaries move around their companions, they can increase the velocity dispersion of a galaxy and make it seem like the galaxy has more mass than it really does. If UFDs have high fractions of binary stars, they might not have as much dark matter as we think!

To see if UFDs actually have lots of dark matter, we want to know if UFDs have lots of binaries. Unfortunately, there aren’t many measurements of the velocities of stars in UFDs. So today’s paper does the next best thing: the authors study the cousins of UFDs, called “dwarf spheroidal galaxies” (dSphs). These galaxies aren’t quite as puny as the ultra-faint dwarf galaxies, but they still have low masses compared to big systems like our Milky Way.

Lots of stellar velocities have been measured in dSph galaxies at different times, and Spencer et al. take advantage of these data. They come up with a model for the distribution of stellar velocities in a galaxy.  This model takes lots of inputs, including the fraction of binary stars, as well as various parameters that describe binary systems. Using Bayesian techniques, the authors fit the model to the observed velocity distributions of different dSph galaxies. The best-fitting models (Figure 1) then provide estimates of the input parameters, including the fraction of binary stars in each galaxy. 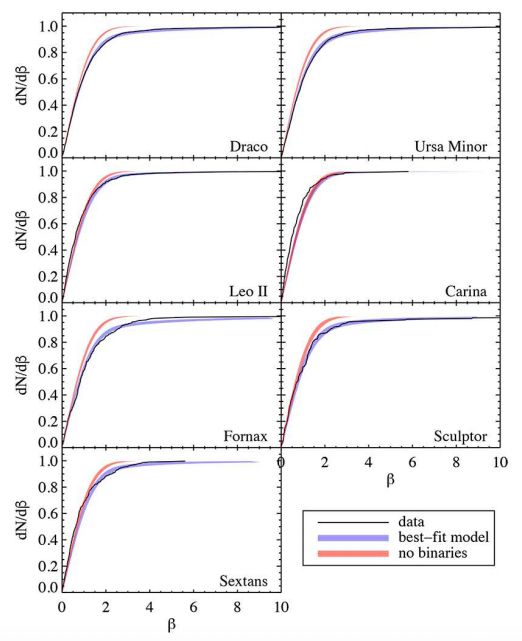 Figure 1. The distribution of changes in velocity (

The best-fit models give lots of information about the binaries in each dwarf galaxy, which the authors describe and compare to previous literature. For simplicity, we’ll just focus on the binary fraction. 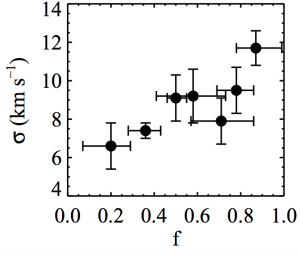 of 7 dSph galaxies as a function of their binary fractions

. This suggests that dSph galaxies with higher velocity dispersions may have higher fractions of binary stars. The authors made lots of other plots like these, but this parameter had the most convincing correlation with binary fraction. (Figure 14 from paper.)

It’s hard to make any definitive claims based on only 7 dSph galaxies, but these potential results open up lots of questions about binary stars. What physical mechanism causes dSphs to have different binary fractions? Do the trends that Spencer et al. presented for dSphs still hold for ultra-faint dwarf galaxies?

As usual, an interesting scientific result leads to more questions than answers.