In this series of posts, we sit down with a few of the keynote speakers of the 233rd AAS meeting to learn more about them and their research. In a divergence from this theme, today we report an interview with two of the organizers of a special session planned for the upcoming meeting. You can see a full schedule for AAS here! 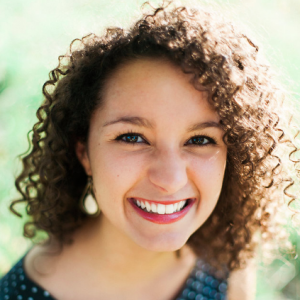 Discussions of privilege have been flourishing in the astronomy field for decades, with more people becoming aware of the uneven playing field experienced by people of color, LGBT+ individuals, and women. From the Nashville Recommendations to the many inclusivity-themed groups (e.g. TaMIA) springing up at different institutions, astronomers are considering what steps can be implemented to transform academia into the merit-based system it has always been purported to be. The Know Your Power (KYP) special session at the upcoming 233rd American Astronomical Society meeting in Seattle seeks to enhance that discussion. To learn more about the session, Astrobites interviewed two of the organizers: Lauren Chambers, a research and instrument analyst at Space Telescope Science Institute, and Leah Fulmer, a first-year graduate student at the University of Washington. 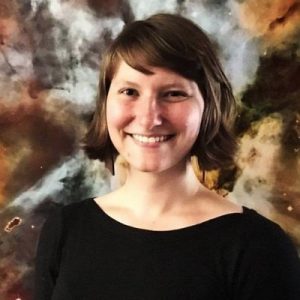 The project aims to crowd-source information from astronomers at all career stages so that everyone from undergraduates to faculty members, or even someone who has left the field, has access to examples of actions they can take to make astronomy more inclusive for marginalized scientists. The session was borne of discussions between two of the organizers, Lauren Chambers and Leah Fulmer, who have been interested in the topics of diversity and inclusion in astronomy and physics for years. Both questioned some of the advice they had received on these topics, saying that it often hinged on an individual waiting until they had a tenure-track position to start advocating for change. “We don’t need to wait 10 years,” Fulmer says. “We have the power to create an environment that we want to see exactly where we are.”

From working to establish a reading group focusing on social justice issues to pushing for the Space Telescope Science Institute to attend SACNAS, Chambers has exemplified many of the possible actions people can take to improve the climate in the field. Even undergraduates, who may feel as though they have little flexibility or power to make change, can focus on activities like building networks and mentoring other students. Chambers says of her time as an undergraduate, “I wanted to spread whatever knowledge and advice and expertise I have.” Through her own experience, Fulmer also knows that prospective graduate students can have an impact by making their values known to the departments they are considering and sticking to their principles if the department appears to be lacking. However, these are only a few of many possible avenues for creating change.

Beginning with a panel of astronomers at various career stages, the KYP session will continue with small group discussions that encourage participants to consider which options are available to their unique position. The discussions will also help attendees recognize strategies to hold themselves accountable for creating change. All of the information gathered in the session will be incorporated into the KYP living document (preliminary version available here), where anyone can leave comments with advice or suggestions, even if they are unable to attend the session.

In addition to the living document, Chambers and Fulmer, along with collaborator Dra. Nicole Cabrera Salazar, also intend to set up a Slack channel to maintain the lines of communication after the session. Even if you can’t attend the session, Chambers says, “Check out our main document and give it a read and see if there’s anything that resonates with you or if there’s anything that you know of that you’d like to add.”

The Know Your Power special session is scheduled for Monday, January 7th from 2 – 3:30 PM at #AAS233. The session is sponsored by the AAS Committee on the Status of Minorities in Astronomy (CSMA) and Astrobites.