Digging deeper into the history of planet formation

Two decades of exoplanet science have been nothing short of an exciting hike into the Forbidden Forest, with mysterious creatures popping up in all kinds of configurations at every turn, baffling theorists and observers alike. The exquisite dataset of exoplanetary systems obtained during this time, especially by long-term surveys like Kepler, has breathed a new life into the field of planetary dynamics which can now be applied to planetary systems besides the solar system. “If Laplace and Lagrange were to rematerialize in our world today they would be working profitably as researchers within ten minutes!”, quips Dr. Greg Laughlin, this year’s recipient of the Kavli Foundation Plenary Lectureship for the upcoming 233rd meeting of AAS in Seattle. 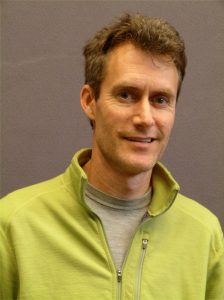 Dr. Laughlin is currently a Professor of Astronomy and the Director of Undergraduate Studies in the Department of Astronomy at Yale University. After completing his undergraduate studies in physics at the University of Illinois in 1988, he started working on star formation and circumstellar disks around sun-like stars while pursuing his Ph.D. at the University of California, Santa Cruz (UCSC) which he obtained in 1994. This was right around the time when the field of exoplanets was in its infancy. The Hubble Space Telescope was releasing the first images of protoplanetary disks in the Orion nebula with hints of planet formation signatures, and the first exoplanet around a sun-like star (the Hot Jupiter 51 Peg b), had just been detected in a really unexpected tight orbit with a period of just a few days around its star. In the next few years as more of these absurd detections at very high statistical significance started piling up, “it seemed the theorists hadn’t been doing their job all this while”, notes Dr. Laughlin. There was an urgent need to update our models of planet formation and evolution to explain what we were seeing, and this is what inspired him to begin working on this for his postdoctoral research.

During the course of next two decades, Dr. Laughlin worked at National Astronomical Observatory of Japan, the University of Michigan, University of California Berkley, NASA’s Ames Research Centre, before returning to UCSC to join the faculty in 2001 and moving to Yale University in 2016. His research has spanned topics related to both exoplanet detection and characterization. He has been actively involved in the radial velocity search for exoplanets by the Lick-Carnegie Exoplanet Survey and has led the initiative to engage amateur astronomers and citizen scientists in the exoplanet hunt through the Systemic and Transitsearch projects.

Recently Dr. Laughlin has been working on connecting exoplanet interiors to the dynamical observables (for instance the measured orbital periods and their time variability) of exoplanetary systems. A planet can get caught in a state of secular spin-orbital resonance (also known as Cassini states), which means that its orbital nodal precession rate (precession of the orbital axis) gets locked to its spin axis precession rate in a particular ratio. What this effectively means is that a change in orbital precession rate (possibly due to another planet in the system) will lead to a change in its spin precession rate as well, leading to high obliquities of the spin axis. This is something that has been observed in the solar system itself for Mercury and Saturn. In the case of exoplanets, this gets even more interesting as planets in a Cassini state and with high obliquities will very likely experience tidal dissipation (imagine the planet acting like a resistor which dissipates the gravitational energy of its orbit into tidal processes in its interiors) leading their orbits to decay over time. In addition to providing a theoretical basis for explaining the orbital period distribution of planets discovered by Kepler, this connection could also prove to be an unprecedented probe of exoplanet interiors as the physics of tidal dissipation is intimately tied to the interior makeup of a planet. Dr. Laughlin has been working on developing an N body dynamical model that takes into account factors describing the structure of the planets, disk dynamics, and migration to trace the formation history of planets locked in Cassini states.

To aspiring undergraduate researchers, he advises to “not try becoming somebody but focusing more on solving problems.” Every field has interesting and open-ended questions worth thinking about. It’s a fallacy to think that you have to become an expert on a topic before you begin working on it. If the feeling that you are still an undergrad looking to learn new skills and concepts stays on with you and you often find yourself lost mulling over a problem, you are on the right path. If you start to think of yourself as an expert, “you are probably on the other side of the fence”.

Dr. Laughlin has also been working on analyzing the significance of the detection of recent interstellar asteroid ‘Oumuamua from a dynamical standpoint. Be sure to check out his Kavli Foundation Plenary Lecture, “A Color Out of Space: ‘Oumuamua’s Brief and Mysterious Visit to the Solar System” at 8:10 am on Monday, January 7th at #AAS233.

A very close planet that is way out of line