Disclaimer: I am part of the NANOGrav collaboration but did not contribute to this work!

What Are Gravitational Waves?

Gravitational waves are ripples in the fabric of spacetime caused by highly energetic processes in the universe such as the merging of a neutron star and a black hole or two monster black holes orbiting each other. When two very high mass objects merge, they release a huge amount of energy; when massive objects like the two supermassive black holes orbit around each other and spiral closer, in order to converse angular momentum, they also need to release energy. The energy released from both of these events creates ripples in spacetime, which are gravitational waves. Gravitational waves are released with different frequencies; the merging of two black holes releases more energy than two supermassive black holes orbiting each other, so the frequency of the former will be greater than the latter. Therefore, we need different detectors that are sensitive to each of these frequencies to observe each of these events (see Figure 1). LIGO has detected 11 total gravitational wave events (10 black hole mergers and one neutron star black hole merger) so far and NANOGrav is on the lookout for more.

How NANOGrav Uses Cosmic Clocks to Search for Gravity Waves

NANOGrav uses pulsars to search for signatures of gravitational waves from high-energy events such as two supermassive black holes orbiting around each other. Pulsars are neutron stars, remnants of stars larger than the sun, that are compressed down to the size of a small city and spin incredibly fast (some hundreds of times per second!). They also emit beams of radio radiation, which cross our sightline as the pulsar spins. Pulsars are incredibly accurate clocks, rivaling atomic clocks in terms of precision. Because their spin rates are so regular, any small deviation in the period of their pulses caused by a passing gravitational wave can be detected. NANOGrav “times” (or measures the exact time of arrival of each pulse) pulsars all around the sky . Again, different detectors are sensitive to different frequencies of gravitational waves; because the black holes NANOGrav look for are so massive and so far apart, you would need a LIGO detector the size of our galaxy to see the gravitational waves being given off by these black holes. NANOGrav provides just that: an array of pulsars spread throughout the Milky Way that essentially gives you a galaxy-sized detector.  You can think of pulsars as an array of clocks all around the galaxy; any small disturbance in spacetime will lead to a deviation in predicted time of arrival of each pulse and NANOGrav will detect it. In order to detect the signal though, NANOGrav needs to time as many pulsars as it can for many years in order to get as many times of arrival as possible. It takes a long time to model all of the noise from things such as the interstellar medium (the stuff between us and the pulsars) and to find the signature of nanohertz-level gravitational waves, but they hope to make a detection in the very near future.

In order to visualize properties of these gravitational waves, Haverford College undergraduates Liam Lynch and Drew Evans, along with their advisor Dr. Andrea Lommen, created gravcalc.org. This site allows you to put in parameters like mass and place in the sky to see what kind of gravitational waves different systems can make. Dr. Lommen is one of the founders of the International Pulsar Timing Array (IPTA), which is a worldwide collaboration that times pulsars in order to search for gravitational waves (NANOGrav is a small part of this!), and works with many students on IPTA-related projects. Lynch, Evans, and Dr. Lommen created the page as a way to help people visualize gravitational waves, regardless of their background on the subject. Lynch’s own research helped him prepare maps and calculations for the website.

The website is very user-friendly and it only takes the click of a few buttons to produce gravitational waves. The first two simulations allow you to calculate the gravitational wave strain (often seen as just h), which essentially measures the change in distance between two objects as a gravitational wave passes by them. You can calculate this using two different supermassive black hole pairs: the ones in the galaxy M87 and the ones in 3C 66B. You can change the mass of the black holes, the distance between them, their position in the sky, and orbital parameters such as their separation. From there you can calculate the strain and if you put in the right parameters, you will be able to see a map of where the pair is in the sky and what the strain is at a certain confidence level (see Figure 2 for an example).  There is also a DIY Universe game, which allows you to generate pairs of black holes with different parameters such as mass and distance from each other. This will allow you to see what the pair you generated would do to the timing of a pulsar in the center of the image and what the signatures of the pair(s) would look like in the timing!

The website also contains a great deal of information about pulsar timing, sensitivity maps, and derivations of all of the formulas used. It also provides links to NANOGrav’s latest paper on supermassive black hole binaries and links to learn more about pulsar timing arrays and black holes. The website makes it very easy to visualize gravitational waves and is a great learning tool for anybody that wants to discover more about them! 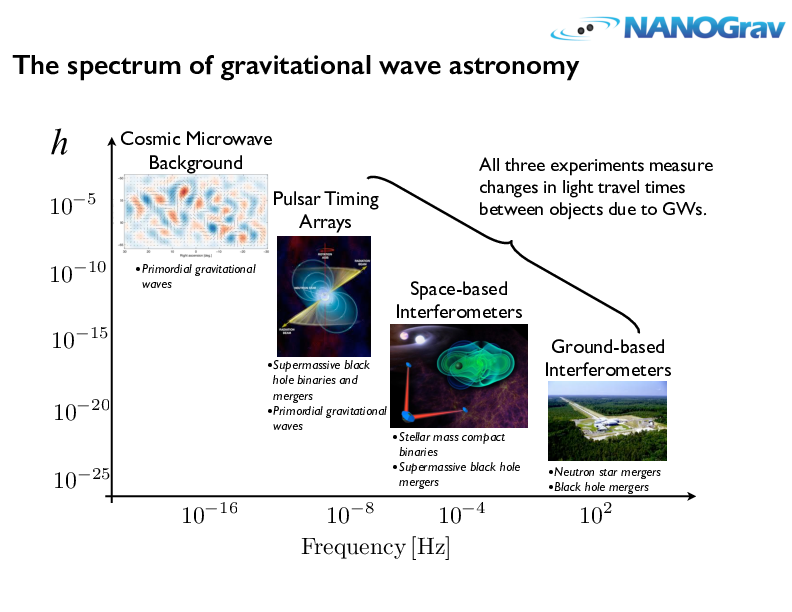 Figure 1: Different frequency ranges that can be observed by different instruments. The y-axis is the gravitational wave strain at which the detector is sensitive.
Credit: NANOGrav 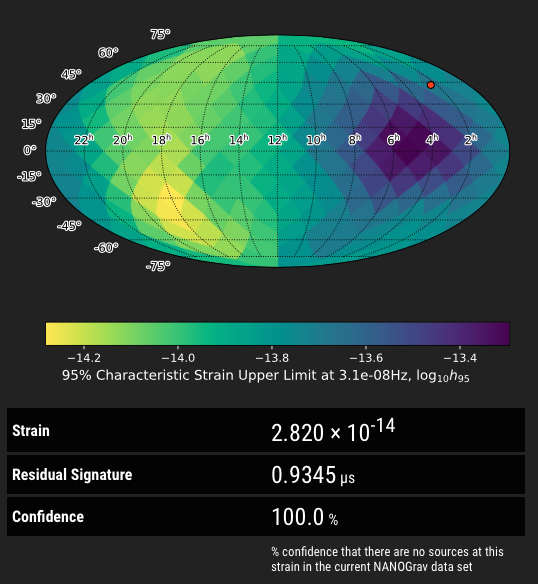 Figure 2: An example map generated using the parameters from the 3C 66B simulation. The color scale shows you the weakest strain that NANOGrav can measure with 95% confidence as a function of position on the sky.

UR: Finding the Chirp

UR: Designing a Smaller and More Sensitive Gravitational Wave Detector