A Diversity of Research 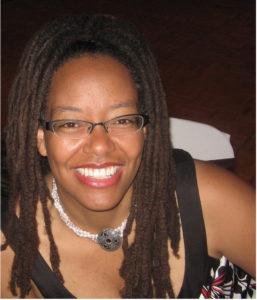 Having started her post-graduate astronomical journey focusing on how magnification bias shapes our view of the distant universe, Dr. Dara Norman no longer considers herself a cosmologist. Instead, she focuses on the connection between Active Galactic Nuclei (AGN) and galaxy evolution. “AGN are not objects, they’re phenomena,” Dr. Norman explained. She further described her interest in how AGN are influenced by their large scale environments, and how they influence them in turn. To this end, Dr. Norman has been working with nearby surveys, such as RESOLVE, as well as a group interested in galaxy evolution in the filaments of Virgo.

Though she keeps a hand in research, Dr. Norman’s official position is that of Deputy Director of the Community Science and Data Center at the NSF’s National Optical-Infrared Astronomy Research Laboratory (NOIRLab). Her Plenary Talk on “The Inclusion Revolution” will draw on this aspect of her work, as well as her considerable experience in pushing for meaningful diversity, equity, and inclusion (DEI) in astronomy. In describing the differences in the field between the current and previous decadal surveys, Dr. Norman notes there has been some progress but wants to highlight how we can take it to the next level. This would mean we don’t just have DEI work as a sidebar to what we do, but actually have it be the way in which we do business.

“They Had No Idea”

In reminiscing about her career path, Dr. Norman talks about how her path to astronomy was perhaps not as important as her path to diversity work. Recounting her postdoc years, she says: “I watched different people being mentored in ways I wasn’t, post-graduate school. It doesn’t mean I didn’t have good mentors, and I tried getting my foot in the door by doing education and public outreach work (EPO). I ended up being given all the EPO work, but not allowed into the science. It was a really frustrating and annoying experience because I wasn’t being taken seriously as a scientist, I was being looked over.” At the same time, Dr. Norman was doing additional exemplary work outside her institution: organizing sessions with the National Society of Black Physicists and the CSMA, writing white papers for the 2010 decadal survey, and joining the AAS Council, now called the Board.  “It all told me I was capable, and if I wasn’t being recognized at my job it wasn’t because I wasn’t capable, it’s because they had no idea. Once I started realizing I was a leader, I could do more promotion of my leadership skills in my job. Then I got a fellowship from Howard University, the Advance-IT Fellowship.” In the same year, Dr. Norman helped organize the first Inclusive Astronomy conference.

In her plenary, Dr. Norman plans to focus on inclusion. “I will definitely talk about access as an important part of inclusion. My high horse is on a couple of areas of access: advisory access and data access.” When discussing advisory access, Dr. Norman highlights the importance of considering who sits on advisory committees and writes white papers, what kind of knowledge they bring to the table, and noticing who’s not in the room. “Who are the people, what institutions are they from? If you want buy-in from the community, show that the community is really inputting into the process.” If the whole community is not inputting, Dr. Norman advocates for making that clear and considering why those groups feel they don’t have a stake in the survey, or if there are process issues excluding them from giving input. “As scientists, we do this kind of thing all the time. We look at the supporting data, the biases—we do this all the time! Somehow in our advocacy for projects and science, we don’t bother.”

In the case of data access, Dr. Norman frames it as a stepping stone to telescope access, which is instrumental to most astronomers’ research and careers. Furthermore, she highlights the necessary infrastructure in accessing and processing large data sets which can go unrecognized. “Post Sloan and large data sets, we’re starting to train undergrads in some places to deal with data, but that’s not helping people who come from places where training isn’t available, or mid-career scientists who didn’t ‘grow up’ with that data science aspect. We’re not asking people at small institutions what they need to get this science done.” She recounts her experience at Howard University, where she had the experience of working at an institution without a dedicated IT person to set up her access to gigabytes of data. She notes this was a barrier she didn’t recognize until she found herself at an underserved department where there wasn’t that privilege. This is the sort of experience that informed the 2019 white paper she first-authored: “Some of that is about how we set up our data platforms so maybe people don’t have to bring data over to their computer. Rather, they can work on it over the internet and do analysis on, say, the national observatories’ end and just pull over the results and the plots. For doing science in the coming decade, being able to access data and use datasets is key. By not helping people have that access, you’re leaving a lot of people behind.”

Finally, when reflecting on her own graduate school experience in graduate school, Dr. Norman cautioned against going solely on the prestige of an institution. She recounted that the crux of her experience rested not on the name of her institution or her advisors, but on the close collegial relationships and friendships forged in her cohort of graduate students. When prompted for advice to people thinking about entering the field, she wrote: “There are many ways to be an astronomer, so follow what you like to do, and want to do. You are not just your h-index and you don’t have to conform to what others have done or say must be done in order to ‘make it’.  Be true to yourself.”

To learn more about Dr. Norman’s work, check out her plenary “The Inclusion Revolution” at 12:40 pm EDT on Monday, June 1st at #AAS236!

The impact of the Physics GRE in astronomy graduate admissions