Black holes come in many different sizes. Stellar black holes, which originate from the supernovae of massive stars, weigh a few times the mass of the sun (M☉ ). In contrast, the supermassive black holes (SMBH) in the centres of galaxies can be millions or even billions of times as massive as the sun. For example, the black hole in the centre of the Milky Way has a mass of 4 x 106 M☉ and the black hole in the galaxy M87, whose image was taken last year, weighs 6.5 x 109 M☉. But can black holes grow arbitrarily large or is there a natural size limit? To answer this question, the authors of today’s paper consider Stupendously Large Black Holes (SLABs) with masses above 1011 M☉. They discuss how SLABs could form, what observable effects they would cause and even how they could shed light on the nature of dark matter.

There are in principle two possibilities for how SLABs could form: Before or after the creation of their host galaxy. In the latter case, a ‘normal’ sized SMBH accretes large amounts of material to grow to SLAB-size. However, when a black hole feeds on gas, the infalling matter forms an accretion disk around it. This disk is extremely hot and therefore releases strong X-ray emission. We do not observe any emission fitting to the accretion disks of SLABs, so the authors conclude that it is more likely that SLABs would form before their host galaxies from Primordial Black Holes (PBHs).

PBHs are black holes formed from density fluctuations in the very early Universe. Some of these fluctuations, which over time also gave rise to today’s galaxies and galaxy clusters, could have collapsed under their self-gravity and so formed PBHs. They have not (yet) been confirmed, but are a candidate for the Universes’ dark matter. A variety of different observations constrain the possible masses of PBHs to four different regimes: asteroid-size (masses between 1016 g and 1018 g), lunar-size (masses between 1020 g and 1024 g), intermediate size (masses between a few and hundreds of M☉) and SLAB-size (above 1011 M☉). Consequently, SLABs could be very massive PBHs or slightly smaller PBHs that accreted some mass.

How could we detect SLABs and how many might there be?

The authors discuss three different mechanisms, by which we could detect SLABs: Gravitational lensing, dynamical effects, and heating due to accretion. The first effect, lensing, occurs because the massive black holes warp light rays. Consequently, the images of background objects are distorted, and even multiple images can be visible (see Fig. 1).

Several surveys in optical and radio wavelengths have searched for multiple images of distant quasars caused by black holes (see for example this astrobite). The distance between the images from the same source gives an estimate of the black hole mass, and the number of multi-image detections gives an upper limit to the number of black holes. From this, the authors estimate an upper bound to the abundancy of SLABs. 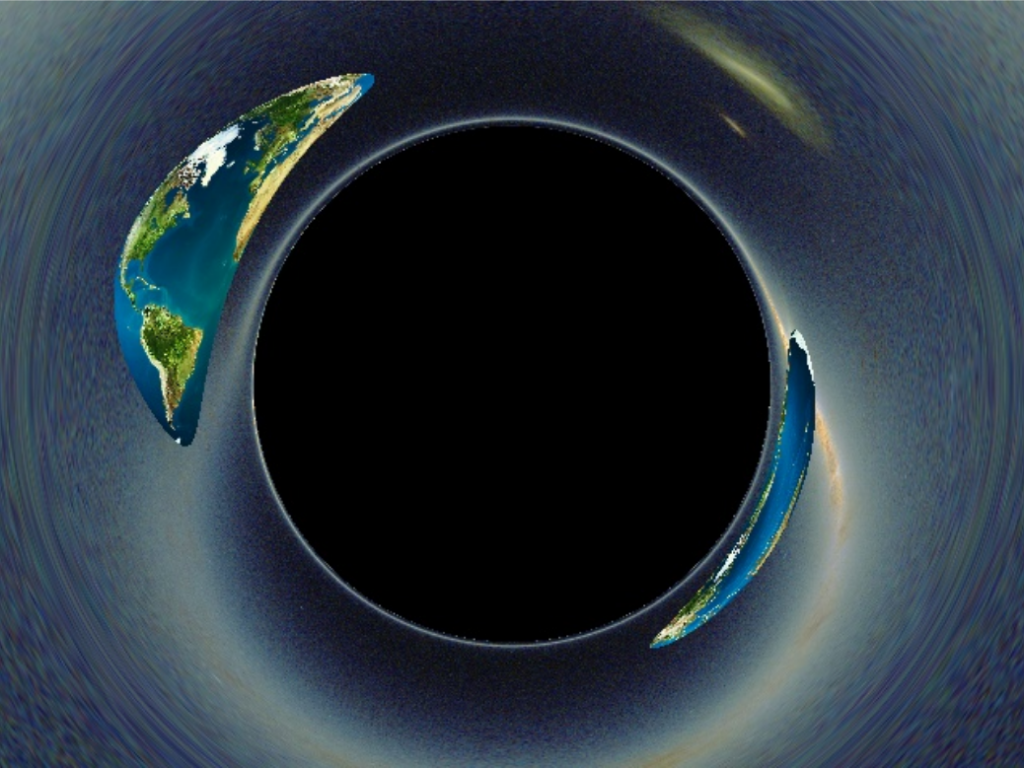 Figure 1: Illustration of gravitational lensing by a black hole if the Earth was situated directly behind a black hole. In that case, an observer sees multiple images, as its light rays are distorted. A similar effect happens for star images behind SLABs. From https://jila.colorado.edu/~ajsh/insidebh/schw.html

The second type of effects occurs because the mass of the SLABs influences galaxies and the cosmic large scale structure. If the SLABs exceed a certain mass and number density, they could disrupt galaxies tidally. However, observations in the Virgo cluster did not reveal galaxies which might have been disrupted by SLABs. The mass and number of SLABs, therefore, must be small enough, that none of the more than a thousand galaxies in the cluster experience such disruption. Accordingly, the authors can set an upper limit to the number of SLABs.

Another constraint is possible from our understanding of cosmic structure formation. If SLABs are too massive or numerous, dark matter halos and galaxies form too early. This would contradict our observations, for example of the Lyman Alpha Forest, which tells us when the first stars and galaxies formed.  This knowledge also leads to an upper limit on the SLAB density. 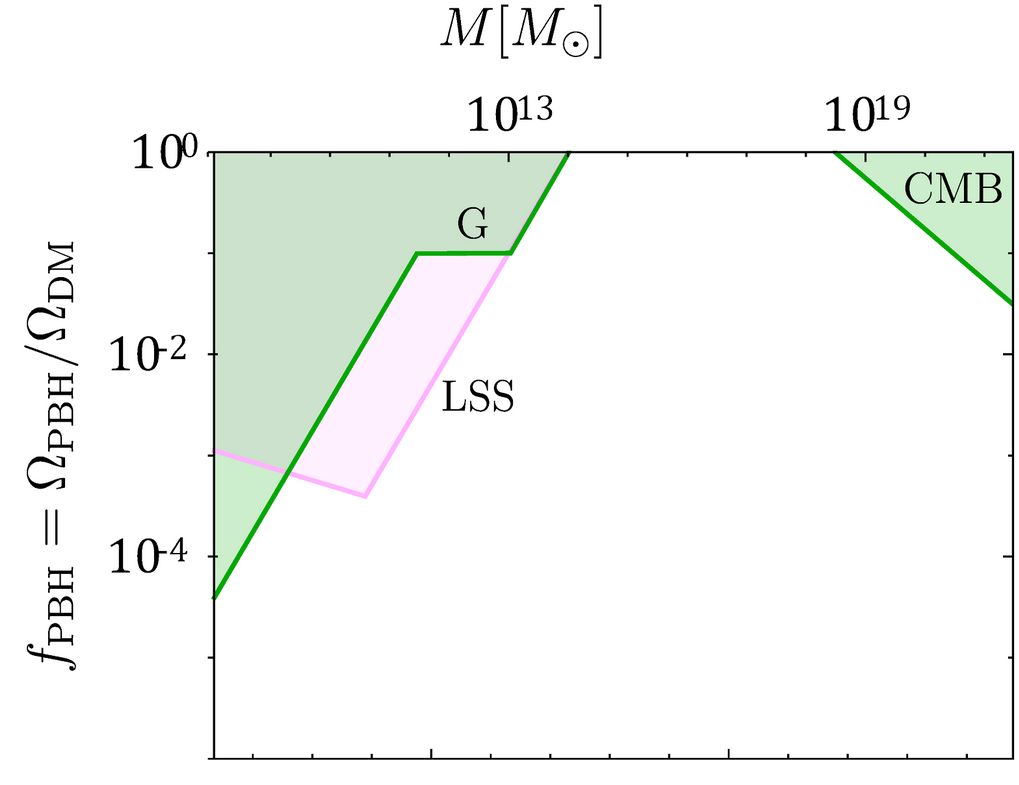 Figure 2: Constraints on the number of SLABs as a function of their mass from dynamical effects. The x-axis shows the possible black hole mass. The y-axis shows the ratio of the density of black holes to the dark matter density, so a larger f means more black holes. The constraints established are from the lack of tidally disrupted galaxies (G), the formation of the large-scale structure (LSS) and the velocity of the Milky Way as measured with the cosmic microwave background (CMB). Adapted from Fig. 1 in the paper.

Finally, the third type of effect expected from SLABs is heating due to their accretion. As black holes feed on gas, they emit radiation. This radiation heats the Universe and would be visible in the X-ray background. Since we do not detect this effect, further constraints on the abundance of SLABs are possible (Fig. 3). 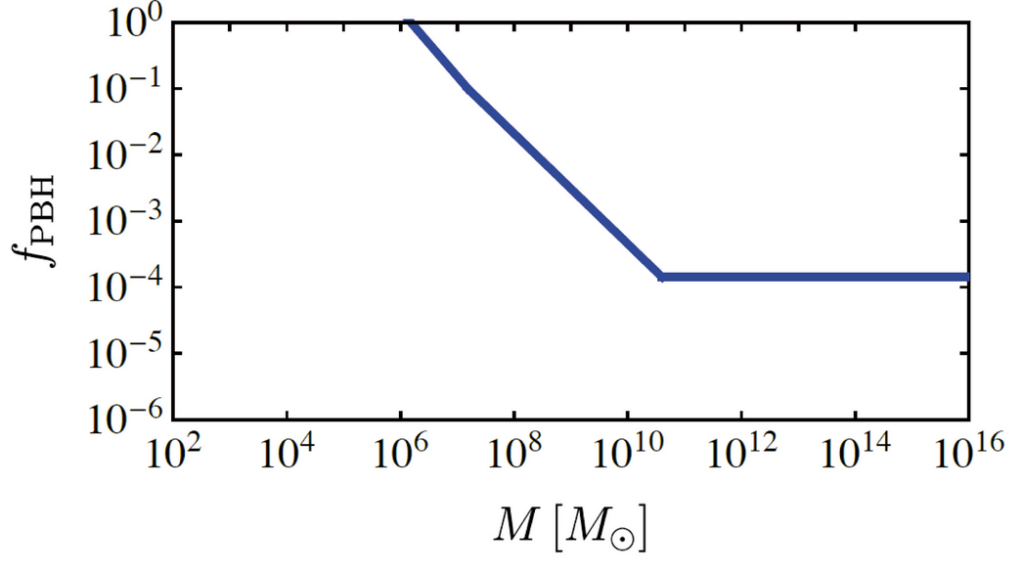 Figure 3: Constraints on the number of SLABs as a function of their mass from the expected heating. The blue line shows the upper limit on the SLAB abundance. Adapted from Fig. 3 in the paper.

So, are there SLABs? And what does this mean for dark matter?

The authors neither confirm nor reject the existence of SLABs, but give upper bounds on their abundance. Therefore, black holes as large as 1019 M☉ might exist. Nevertheless, they showed that the discovery of a SLAB would support the theory of PBHs, which give a promising creation mechanism for SLABs.

Such a discovery could shed light on the nature of dark matter. SLABs themselves are too massive to be a convincing dark matter candidate because a single SLAB would be more massive than some observed dark matter halos. However, because the detection of a SLAB would support the existence of PBHs, smaller PBHs contributing to the dark matter would be more likely.

They see me rolling… inflating