The mystery of the nature of dark matter is deepening. Dark matter particles have evaded our detection again and again, bringing into question the most popular theories (like WIMPS), and thereby opening the door to more exotic and unexpected dark matter models. In the midst of this growing uncertainty, a new possibility has arisen. LIGO has detected gravitational waves resulting from the merging of two black holes. This may seem irrelevant to dark matter, but black holes are really not unreasonable dark matter candidates. They don’t emit light, and they definitely do interact via gravity, and those are basically the only two things we know about dark matter.

The LIGO black holes have revived the idea of larger-than-particle dark matter, called MACHOs (Massive Astrophysical Compact Halo Objects). MACHOs are large, dark objects that are not made up of smaller fundamental dark matter particles, but actually act as the dark matter “particles” themselves. (Read more about them in this astrobite.) In the past, this kind of dark matter was a popular alternative to particle dark matter, but many years of work revealed that most sizes of these larger dark matter objects would disrupt the Universe in some way, leaving it different than the true Universe that we observe.

For example, black holes with masses around that of an individual star would have given themselves away in searches for the bending of starlight in their gravitational field (an effect called microlensing – read more about it in this astrobite).  More massive black holes would have left an imprint on the early Universe that would show up in the Cosmic Microwave Background (read more about the “CMB” here). These are only two examples of the many ways in which astrophysical observations tell us which masses are not possible for MACHOs (Figure 1). One mass that could be possible, is about 30 times the mass of the sun. It just so happens that LIGO has detected black holes of this mass! 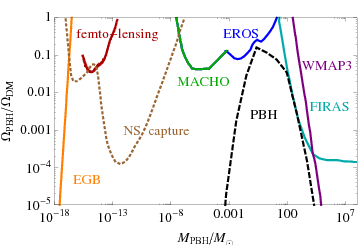 The question then, is whether black hole dark matter is really consistent with the black hole mergers observed by LIGO. The first step – confirming that LIGO has detected black holes with the correct mass – is all set. The next step is not so simple. LIGO must detect black hole collisions that correspond to the known properties of dark matter. 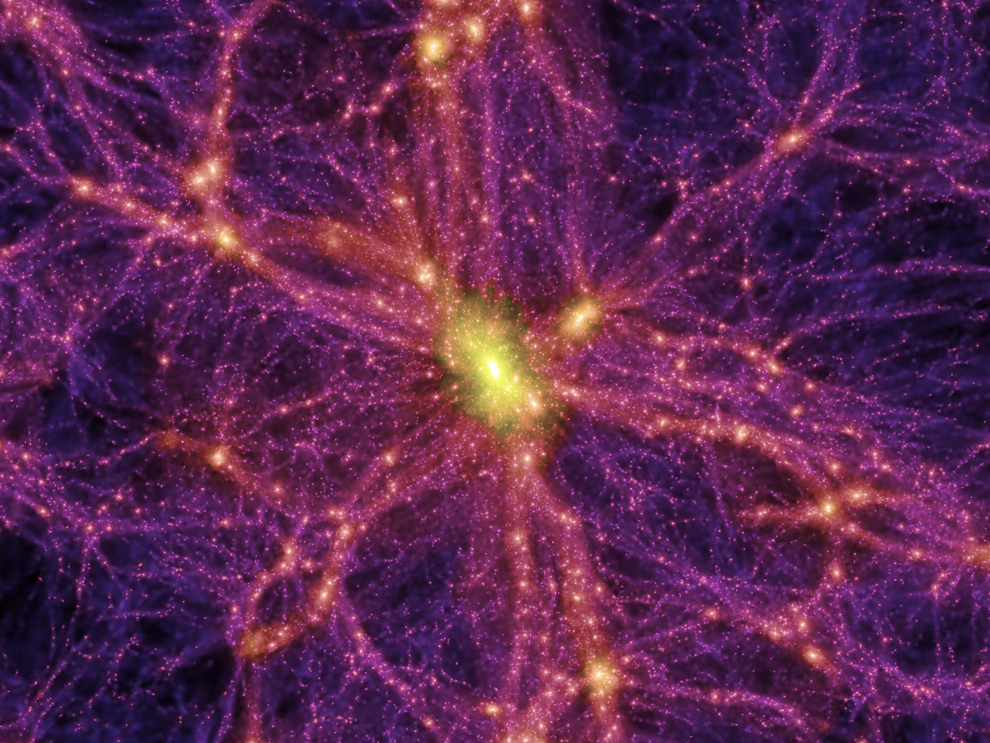 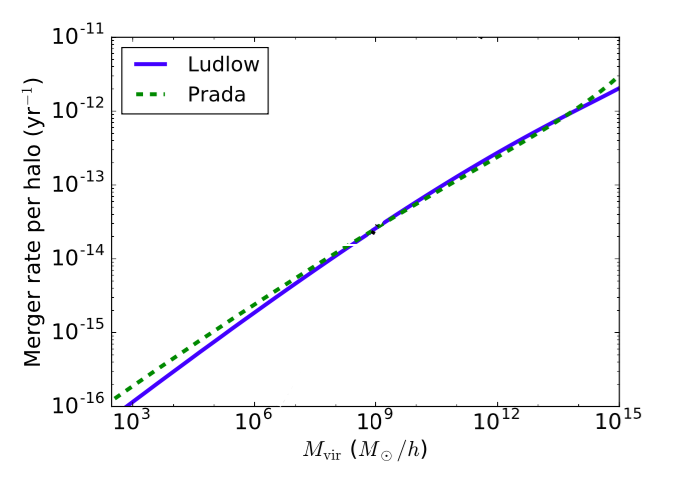 Figure 3. The rate of primordial black hole mergers per dark matter halo, as a function of halo mass (in units of solar masses). The two lines use different theories of dark matter halo structure. Source: Figure 2 in the paper.