Galaxy clusters are the largest gravitationally bound structures in the Universe, exceeded in size by only the vast cosmic web in which they are embedded. Clusters contain anything from hundreds to thousands of galaxies, which they accrete due to gravity, and can reach several megaparsecs in size. However, galaxy clusters are not gentle giants. These huge objects contain extremely hot X-ray-emitting plasma, and can produce gravitational tidal forces strong enough to tear galaxies apart.

Because of these cluster properties, galaxies in clusters and galaxies elsewhere in the Universe (called field galaxies) can differ dramatically. Galaxies that have entered a cluster environment are more often elliptical, have low star formation rates, and contain very little gas (from which new stars are formed). This “morphology-density relation” has been well-established for decades, and although a whole host of theories exist, the specific causes of it are still unclear.

This work presents observations of “ram-pressure stripping“, a mechanism that can explain the evolution of galaxies from gas-rich to gas-poor when entering a cluster. A galaxy moving through a medium (in this case, the hot intracluster plasma) can have loosely-bound gas removed by drag forces from that medium. Imagine what it would look like if you poured a bag of flour over your head, and then stuck your head out of the window of a fast-moving car (not that I’d recommend this).

Along came a jellyfish

The authors’ evidence for ram-pressure stripping comes in the form of a “jellyfish galaxy“. In this case, they examine D100, a barred spiral galaxy close to the centre of the Coma cluster. Jellyfish galaxies represent an extreme example of ram-pressure stripping, where the stripped gas streams out in a long tail behind the galaxy, giving them their distinctive look. Think back to the flour-head-car-window example — you would probably expect to see something similar. 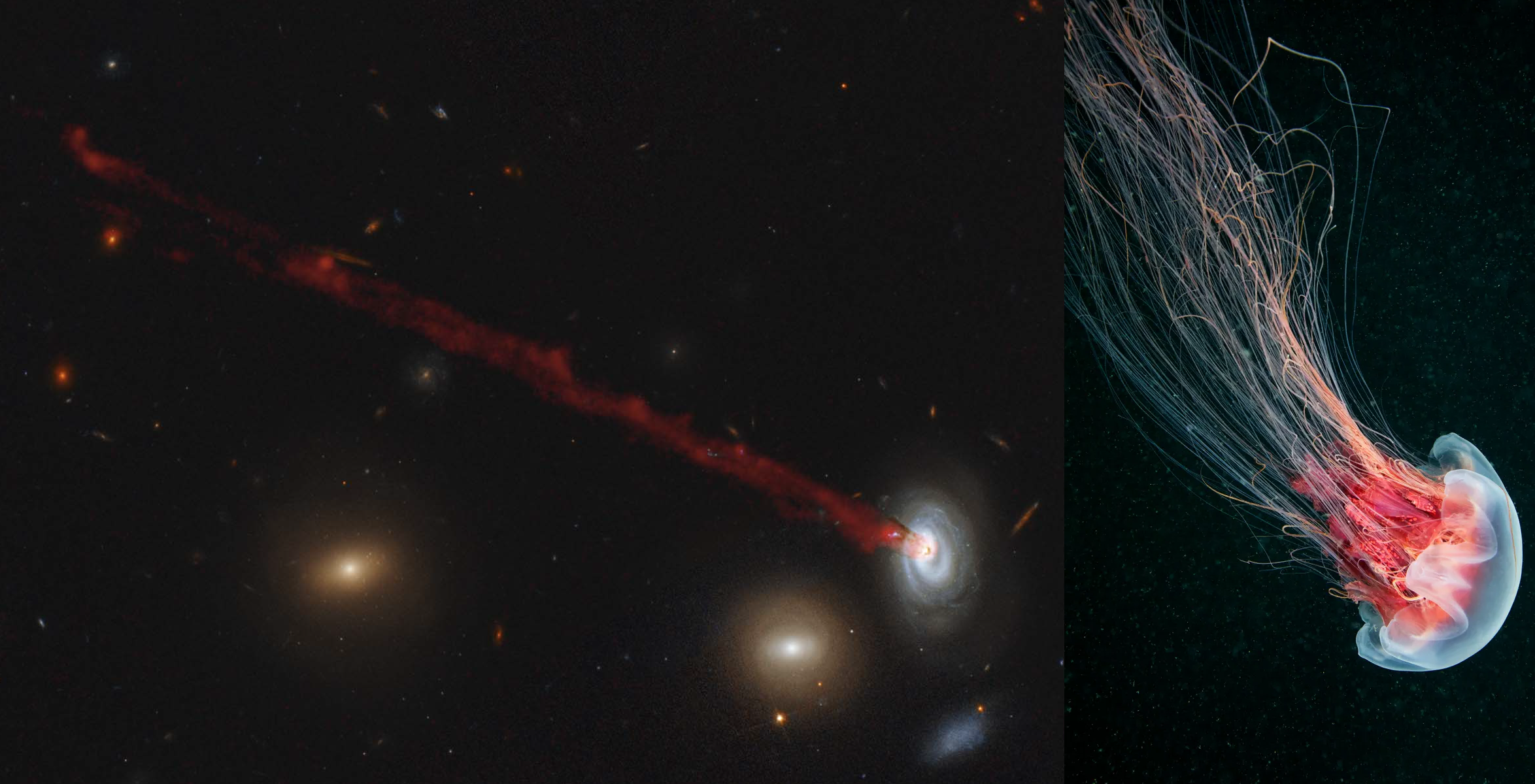 Figure 1: Left: Composite image of D100 galaxy, showing the stripped gas trailing the galaxy disc, which is moving from left to right in this image (Figure 2 in today’s paper). Right: A jellyfish, for comparison (credit: Alexander Semenov).

Using new Hubble Space Telescope (HST) observations, this work examines both the galaxy and the long tail trailing behind, which contains far fewer stars than the main galactic disc, and so is much fainter. Figure 1 is a composite image, combining the HST observations of starlight, with observations of the Hα emission line from the Subaru telescope, showing the presence of excited hydrogen gas. This Hα emission is shown in bright red, and demonstrates the dramatic effect that the Coma cluster is having on this galaxy.

Hα emission from galaxies is often an indicator of ongoing star formation (although it can have other sources). However, it is the combination of Hα measurements and the powerful HST observations that make this work possible. Thanks to the exceptional resolution of Hubble, and their multiple observation bands — F814W (red/near-IR wavelengths), F475W (blue) and F275W (near-UV) — the authors are able to study not only how much star formation is taking place, but also where in the tail this is happening.

A tail of three bands

The authors’ colour analysis shows that star formation stopped long ago in the galaxy outskirts, but has stopped more recently closer to the centre, and is ongoing in the core. This indicates that the star-forming gas was removed from the galaxy outskirts first, causing “outside-in quenching“. 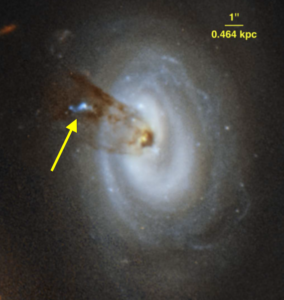 Figure 2: HST image of D100. Arrow is pointing to a star-forming clump, embedded in a dark region of dust that is also being stripped (adapted from Figure 5 in today’s paper).

A zoom-in on the HST image (Figure 2) also reveals a small, bright patch, located in a cloud of dust. The colour of this patch, which is bright in the blue and UV bands and fainter in red, indicates that it is a “clump” of ongoing star formation. In fact, the HST observations find 37 bright patches (shown in Figure 3), and analysis of their colours shows 10 of them to be clumps of star formation, all of which are found in the tail of gas. The 27 other sources are mostly background sources, such as distant galaxies. 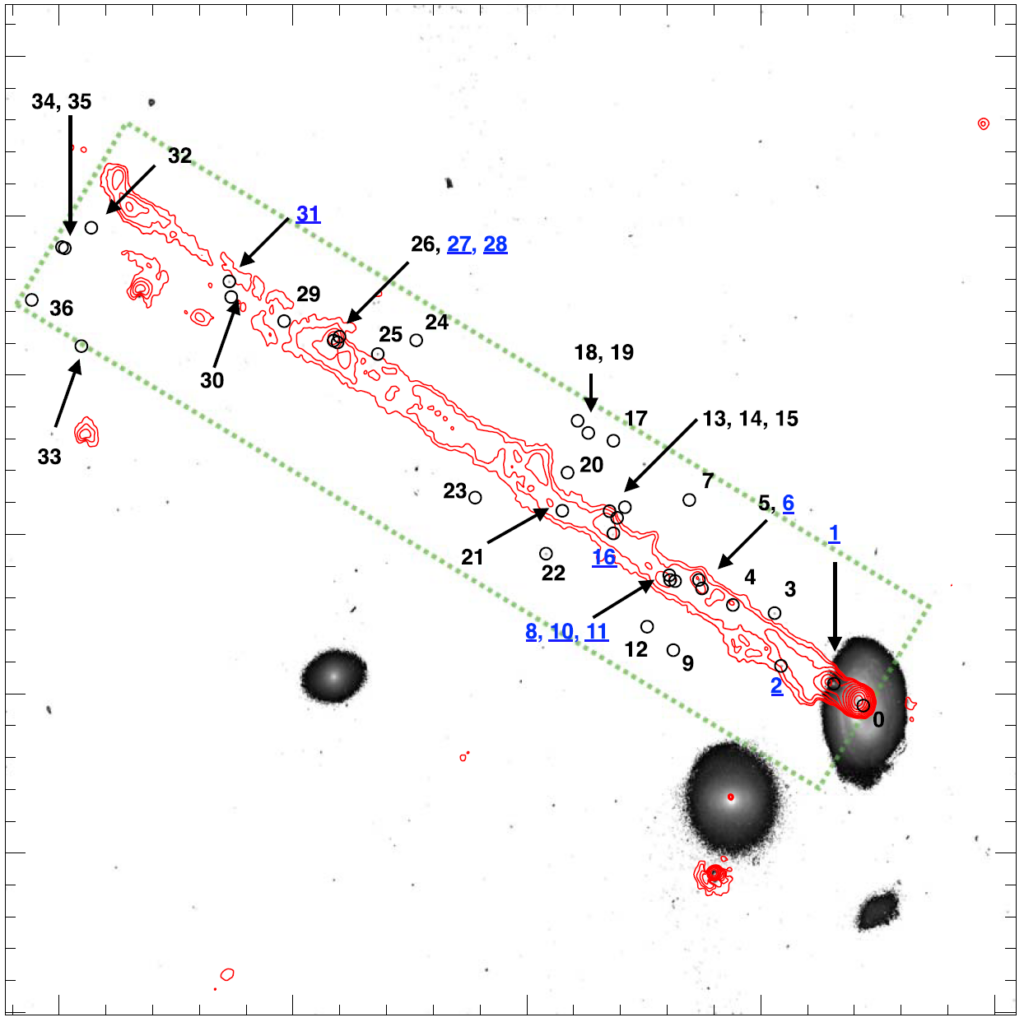 Figure 3: Map of 37 bright sources around D100. Those labelled in blue/underlined are star-forming clumps (Figure 12 in today’s paper).

The main conclusion of the paper is that the stripped gas can form stars outside of the galactic disc, but that it doesn’t form them uniformly throughout the tail. Instead, stars form in these clumps, which are up to 100 parsecs in size. The brightness of these regions is, however, insufficient to produce all of the Hα emission that is observed. This indicates that another mechanism (such as gas shocks) must be responsible for some of this emission, but the precise nature of this mechanism remains, for now, a mystery.

Although this paper is a convincing endorsement of ram-pressure stripping, it is important to note that ram-pressure alone is not enough to explain all of the differences between cluster and field galaxies. For example, it provides no explanation of why disc galaxies are rarer in clusters. A full description of the relationship between galaxies and their environments is likely to be a complex combination of different effects, in which ram-pressure stripping will play a small, but important, role.