Red Giants and Neutron Stars and Gravitational Waves, Oh My!

The Universe is full of different types of stars, including big ones called red giants. But what if some of those red giants are hiding another star inside them?

Two Stars for the Price of One?

A Thorne-Żytkow Object (TZO) is a very special type of hybrid object that consists of two stars: a red giant (or supergiant!) and a neutron star (at the core of the red giant). One way a TZO could be created is from the evolution of a close binary of two massive stars (> 8 solar masses!) orbiting each other. Once the more massive star from the pair  reaches the end of its lifetime, it will go supernova and leave behind a small, dense neutron star. This process could cause the neutron star and the remaining massive star to inspiral, causing the red giant to swallow the tiny, but dense, neutron star—perhaps the most epic fit of celestial sibling jealousy. 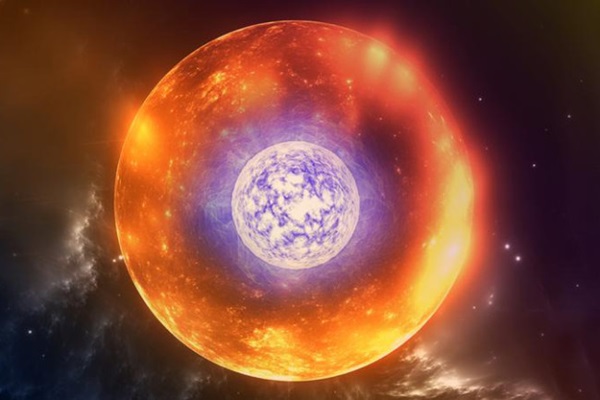 Figure 1: An artist’s depiction of a TZO with a neutron star core and a red giant envelope. Source: Astronomy Magazine.

The Challenges of Detecting a TZO

Though TZOs were first proposed in 1977, they remain extremely hard to detect and have never been observationally confirmed to exist. One of the issues is that a TZO doesn’t look that different from a red giant. Due to the presence of the neutron star core, however, TZOs should have different chemical abundances. Based on this fact, one of the authors of today’s paper, Dr. Emily Levesque, identified a strong TZO candidate in the Small Magellanic Cloud in 2014 (read a bite about it here!). This star (known as HV 2112) has the chemical composition expected for TZO’s; though it still may simply be a weird red giant without a neutron star core.

Where does one find a TZO?

However, gravitational waves and visual identification of red giants can be used in unison to better identify TZOs! To that end, the authors of today’s paper identified a few nearby red (super)giant rich regions that could be good candidates for hosting TZOs. They settled on one group of red supergiants in a region of the sky called the Scutum-Crux arm. The region is named RSGC1 and is about 6.6 kpc away from Earth. It is also very compact, about 10 million years old, and has around 210 massive stars. Its distance and small size make it ideal to scan for gravitational signatures, while its age and massive star population mean TZOs would have had time and the opportunity to form.

The authors carefully modeled what the gravitational signature of a TZO located in RSGC1 would look like (see Figure 2). They took into account the properties of the red giant cluster, such as its distance and size. They also considered how fast neutron stars tend to “spin down”, which depends on the frequency they’re spinning at to some power f-n, where 2 < n < 7. For safety, the authors consider a range of options for n, which corresponds to three different models for how the neutron star at the center of the TZO would spin down. Finally, they use what is known as the “spindown limit”, meaning that they assume all the energy from the neutron star spinning slower is released as GWs. Of course, some of this energy could be used elsewhere, meaning that their calculation in Figure 1 is an upper limit for GW signals of TZOs in RSGC1. 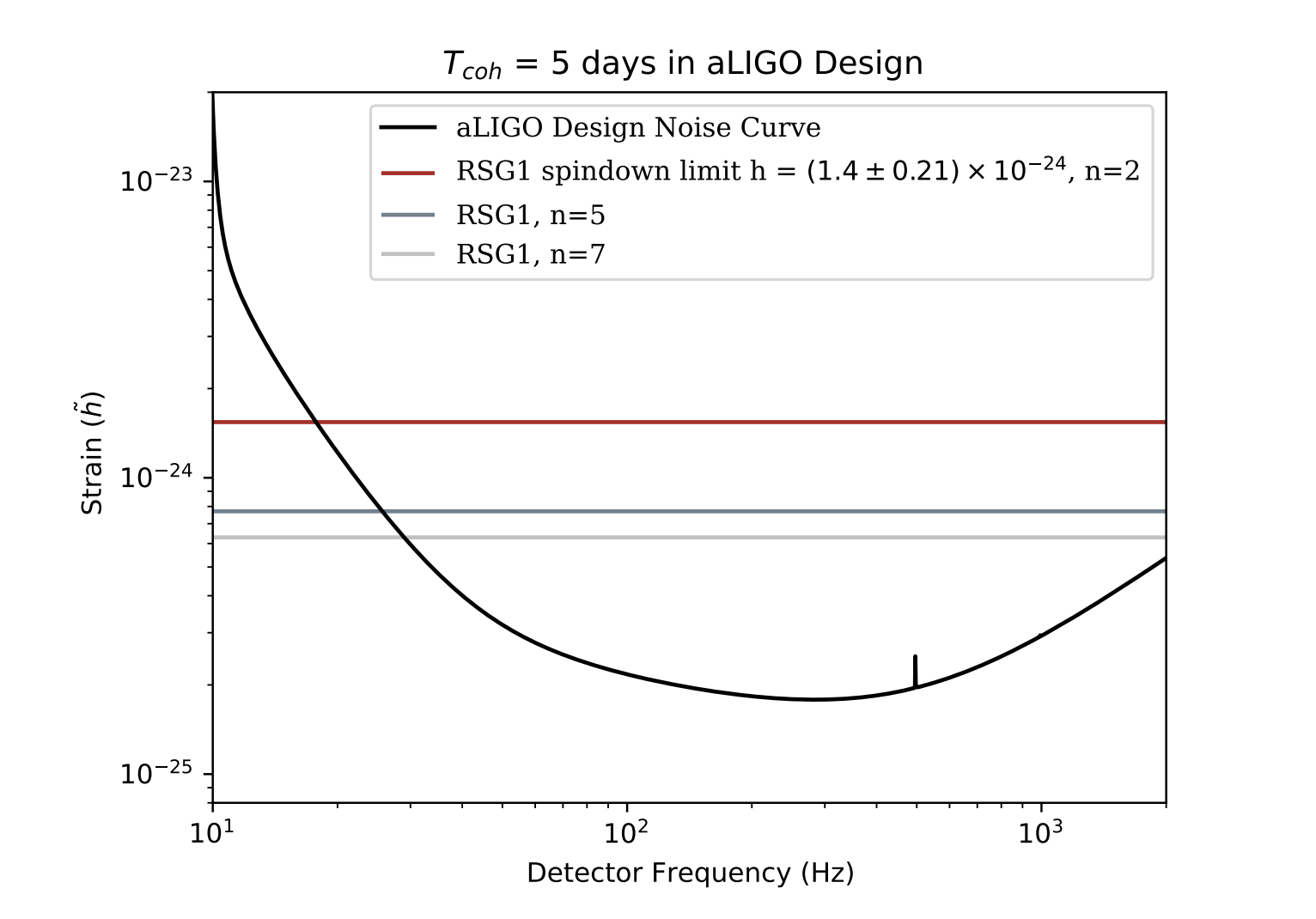 Figure 2: The horizontal axis is logarithmically spaced and shows the frequency range of the LIGO detector (10-1000 Hz), while the vertical axis is logarithmically spaced and shows the strain, aka the strength of gravitational waves that LIGO is sensitive to. The curved black line shows the noise curve of the LIGO detector: everything above the curve, LIGO can detect. The authors also show their calculations for GW signatures of TZOs in RSGC1 given three different models for neutron star spin as horizontal lines, shown in red (n=2), blue (n=5), and grey (n=7). All three lines are well above the LIGO sensitivity curve at frequencies greater than about 20 Hz, meaning that LIGO could indeed help detect any TZOs in RSGC1! Figure 1 in the paper.

A New Tool for Finding TZOs!

The authors have shown that the expected gravitational signatures for TZOs in RSGC1 are well above the noise threshold of LIGO, meaning that any neutron star cores would likely be detectable! The next step is to look for such signatures in archival aLIGO data and compare them with observational data. If they can find both a gravitational wave signature of a neutron star and a visual signature of a red giant emanating from the same source, it will be the strongest evidence yet of a TZO: a star within a star!