One of my favorite episodes of The X-Files is “Ice,” from the show’s first season. Our intrepid protagonists, Special Agents Fox Mulder and Dana Scully, have been summoned to a remote Alaskan research station, where a group of geophysicists analyzing ice cores sent out a distress call. The pair eventually discovers that the scientists had accidentally released alien parasites: worms embedded in the ice by a meteorite impact a quarter million years before.

Even though it’s fantastical, the episode gets a few things right. First, ice cores really do act as excellent records of Earth’s past, encoding climate variations and, yes, traces from some celestial events. Second, they do sometimes preserve the remains of simple organisms (though not necessarily parasitic worms!). Both of these facts make them exciting tools for studying not just Earth, but other bodies with known ice deposits and the potential to have hosted life, like Enceladus and Europa. Closer to home for humans is Mars, whose own ice reserves formed the basis of a pivotal Doctor Who episode not unlike “Ice.”

Today’s article is a white paper outlining the design of an instrument to aid in the analysis of Martian ice cores.The Melter-Sublimator for Ice Science, or MSIS, methodically melts and sublimate ice samples. With humans likely to visit the Red Planet in the coming decades, exploring ice-rich areas like its South Pole, now seems an excellent time to test out the MSIS. Let’s dive into how it works!

An ice scan in a box

MSIS is a compact object, less than 4 inches across and less than 9 inches high. Shown in Figure 1, it consists of two separate components, the Melter on top and the Sublimator beneath it. When combined, they allow the controlled initial processing of an ice core or smaller ice fragments, turning a sample ice into either vapor or meltwater, after which specialized tools could be used to perform a detailed analysis, perhaps searching for concentrations of isotopes or the signatures of microorganisms. 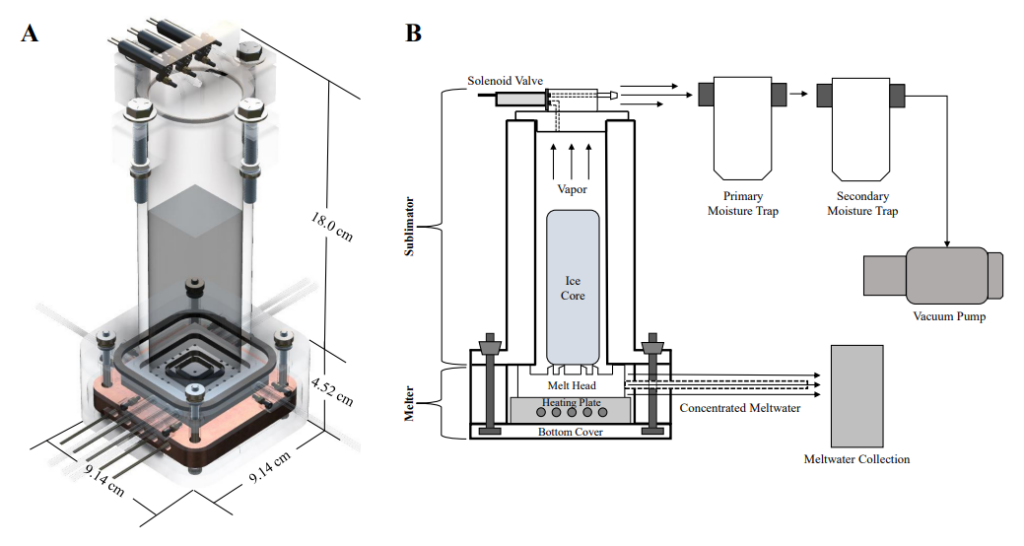 Figure 1: CAD model (A) and operational diagram (B) of MSIS, showing the arrangement of the two main components and their processing pipelines. The core can be approximately 3.3 cm by 3.3 cm across, and 15 cm. Image credit: Fig. 1 from the paper.

The Melter, centered around a heating plate and meltwater disposal pipe, allows the MSIS operator to carefully melt an ice core from the inside out, separating the sample into three distinct layers. This is important because the exterior of a core is most prone to contamination, whereas the center is the most pristine. The outermost layer, comprising ~70% of the core by volume, would ideally be discarded, with the inner two layers (10% and 20%) used for compositional analyses requiring different levels of purity.

The Sublimator allows the operator to pre-concentrate samples containing organic materials or other compounds of interest, followed by precision melting of the small sample remaining. This would be quite useful for a mission involving sample return to Earth, a goal that has long been in the works for rock and soil samples excavated by the Perseverance rover.

One sticking point for MSIS operations is that its current design requires a human to operate it. An astronaut is required to gather an ice core, load it into the device, choose the proper settings, clean MSIS, and, in sublimation mode, judge when adequate processing has been completed. Some of these tasks could be automated and potentially integrated into a robotic rover system, but this would require more testing and work. 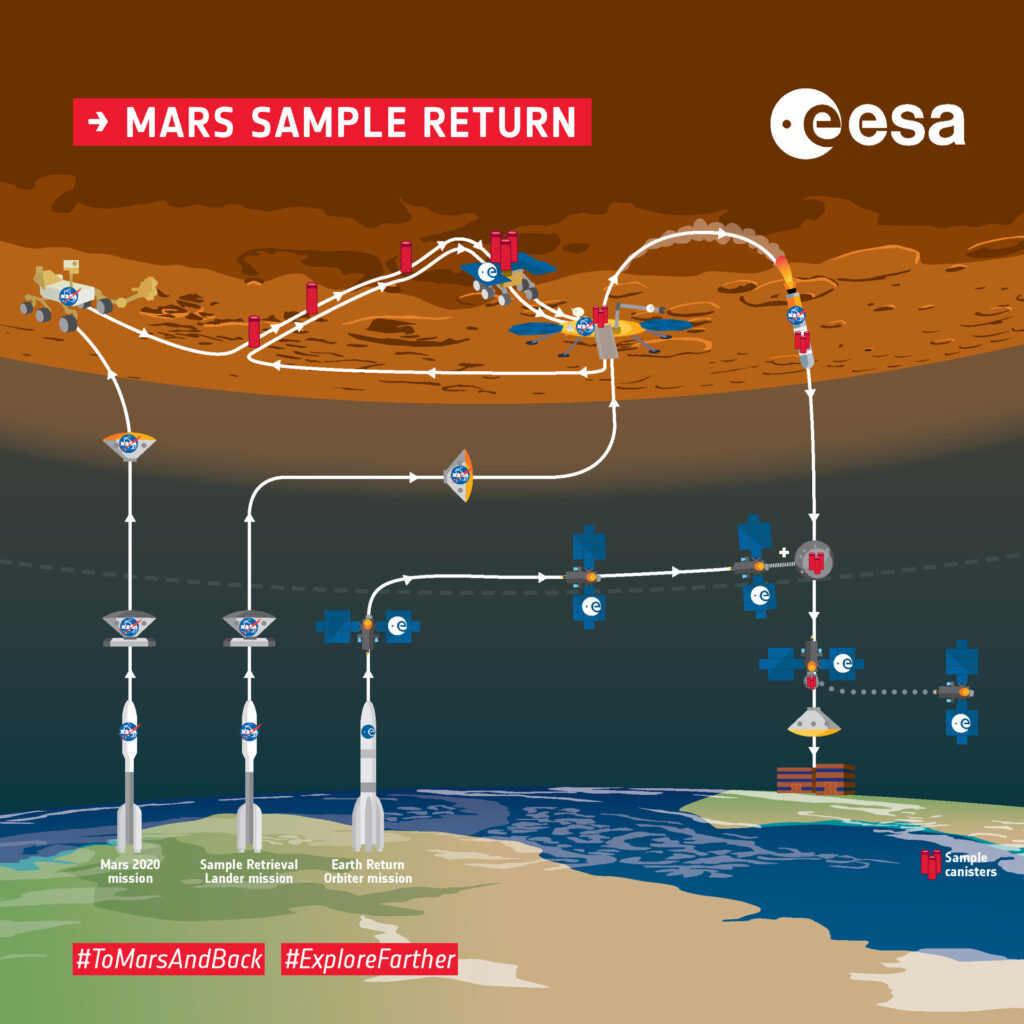 Figure 2: Diagram of the planned NASA/ESA Mars Sample Return mission. Perseverance, the rover from the Mars 2020 launch, is already collecting samples; two subsequent launches would be required to bring those samples back to Earth. MSIS could be useful for both in situ analyses on Mars and similar future sample return missions. Image credit: ESA/K. Oldenburg.

The waters of Mars

What information could be locked in hundred-million-year-old ice cores? The MSIS designers envision three main areas of interest which could be aided by its preprocessing:

These are just a few of the compelling reasons to explore Mars, and with plenty of missions to the planet in progress or on the horizon, MSIS has the potential to be quite useful. Adding increased autonomy to the device would give it increased flexibility and the capacity to operate autonomously, a valuable option for uncrewed missions. The design has already undergone successful laboratory tests on artificial ice cores; the next step would be tests on cores from Antarctica or Greenland.

Just not, ideally, from a certain fictional Alaskan research station.

Water on Mars? Hold up.