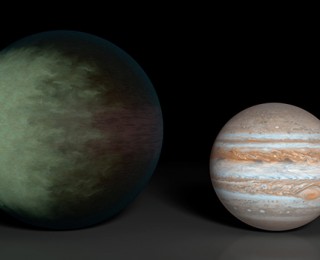 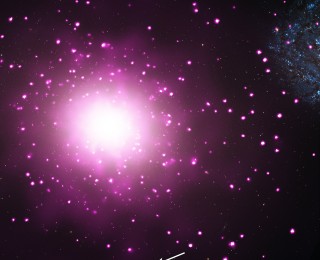 The densest galaxy in the local Universe may have been found. M60-UCD1 is most likely a tidally-stripped remnant of a more massive progenitor galaxy. Strader et al. predicts that the progenitor of M60-UCD1 was ~ 50-200 times more massive, suggesting that it was once an elliptical galaxy that has been stripped of most of its mass. 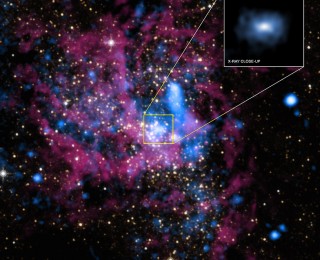 Sgr A* – the supermassive black hole sitting in the center of the Milky Way – is often referred to as a ‘starved’ black hole, meaning that it swallows very little of the nearby cosmic gas and dust. The authors of this paper observed Sgr A* with the Chandra X-ray telescope for 3 mega seconds, throughout which only 1% of the gas available to Sgr A* actually accreted onto the black hole. It swallows cold gas, while rejecting hot gas – ejecting the matter back into space. 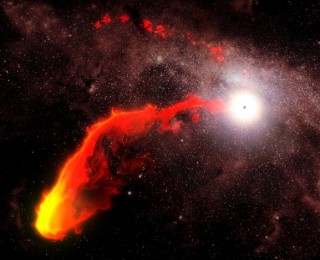 The long discussed gas cloud, G2, has finally begun its descent into the supermassive black hole at the center of our galaxy. The cloud has been so stretched that the head has swung around the black hole entirely and is rapidly coming back towards us (at a speed of 3000 km/s – 1% the speed of light), while the tail is still falling inwards – an event that will last for a year. 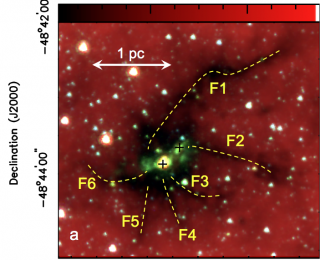 The formation of massive stars is still an intense topic of debate. Observations are difficult because massive star forming regions are heavily obscured by dust – invisible in the optical and near infrared. The trick is to look at much longer wavelengths. Today’s paper does just that, using the Atacama Large Millimeter Array (ALMA) in Chile to observe the birth of a massive star in submillimeter wavelengths. At 500 times the mass of the Sun and 1 million times brighter, it is the largest forming protostar ever seen in our galaxy.