Magnets in the Deep: Lower Mantle Metallization in Rocky Exoplanets

Rocky exoplanets are the Wild West of planetary astronomy. Until recently, we only knew about four terrestrial planets: Mercury, Venus, Earth, and Mars. But we’ve learned that countless stars host such objects, including many that are much larger than Earth (imaginatively called “super-Earths”). Everyone wants to study these worlds because they’re likely abodes for alien life. At the moment, however, we don’t have the observational power to characterize terrestrial exoplanets in detail. With the transit and radial velocity methods (and a bit of luck), we can constrain the mass, radius, and orbital parameters of a large rocky planet. But doing anything else, like detecting and describing an atmosphere, is fraught with difficulty. So, theorists and modelers are free to speculate about exotic behaviors that these planets may exhibit. Because there are so many rocky planets, its likely that even wild and crazy ideas are relevant somewhere. Now is an incredibly exciting time—theory predicts an astonishing diversity of exoplanets, and reality doesn’t seem to disappoint.

This paper, written by experts on planetary composition and magnetic fields, explores the generation of magnetic fields in rocky exoplanets. Every planet in our Solar System except Venus currently hosts a planetary magnetic field or almost certainly did in the past. Earth’s magnetic field, for instance, is generated by a dynamo in the outer core, located ~3,000 km below our feet. The solidification of Earth’s inner core—almost the size of the Moon, and still growing!—releases light, buoyant elements into the base of the outer core, which is mostly made of liquid iron. The mantle removes heat from the core, creating a layer of cold material at the top of the outer core that wants to sink. Radioactive decay of elements like potassium-40 may heat the outer core from within. Together, these energy sources (and perhaps others) cause vigorous convection in the outer core. Because the liquid outer core is electrically conducting, rapid, coordinated fluid motion produces a global magnetic field, shielding us from all sorts of nastiness. Earth’s mantle and crust are made of materials (rocks) with very low electrical conductivities, which don’t affect the global magnetic field overmuch.

The theory of planetary magnetic fields is exceedingly complex. The particulars of an individual planet will determine if it has a global magnetic field, and what the field will be like if it does have one. Still, we can ask how the story I sketched above might be different on rocky exoplanets. The authors of this paper consider one particular idea: if the mantle of a rocky exoplanet has a different composition than Earth’s, it might become metallic and thus electrically conducting at great depths. The existence of a conducting layer near the core/mantle boundary strengthens the dynamo in the core, but weakens the magnetic field at the surface. It’s easier to detect a stronger magnetic field than a weaker one, so lower mantle metallization may hinder our efforts to detect the magnetic fields of rocky exoplanets. 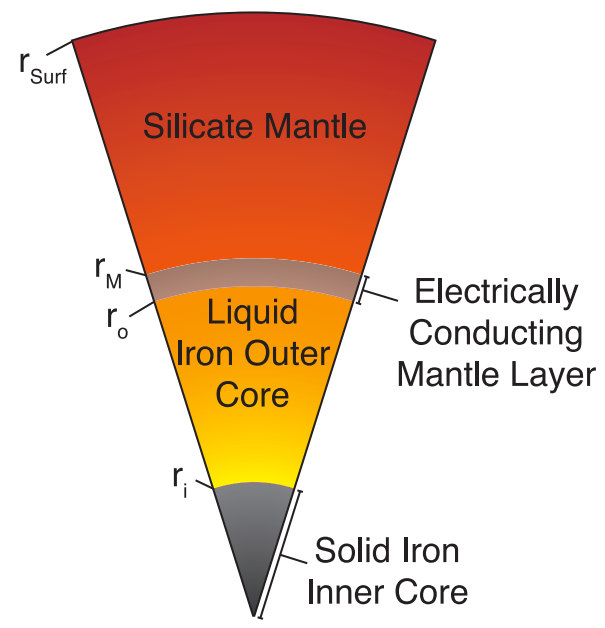 Fig. 1—Schematic diagram of the structure of a planet with a conducting mantle layer (Vilim et al. 2013).

Materials that are not metallic near Earth’s surface may become metallic at very high pressures. Earth’s mantle is largely insulating and its primary constituents aren’t expected to become metallic even at the pressures found within the largest rocky exoplanets. However, minerals that are present but not terribly abundant within Earth, like CaSiO3 and FeO, may metallize at reasonable pressures. Many terrestrial planets likely have chemical compositions different than Earth’s, so there are probably planets out there with mantles rich in these minerals, which might form an electrically conducting layer. For instance, FeO will metallize at a pressure equivalent to a depth of ~1,300 km within Earth (55 GPa) and CaSiO3 is predicted to metallize at ~600 GPa, which may be achieved in super-Earths with masses >5 times that of Earth.

Figure 1 is a schematic of the generic model of planetary structure used in this study. It looks a lot like Earth. The central component is a solid inner core, made of conductive iron. The liquid iron outer core surrounds the inner core. Most of the mantle is assumed to be non-conducting, like Earth’s. The authors artificially add a thin, conducting layer above the core/mantle boundary. The conductivity of this layer can be as high as that of the core itself. A widely-used package of programs is used to solve the equations of motion and electromagnetic field generation in three dimensions, modeling the dynamo in the core and the effects of the mantle layer on the resultant magnetic field. The authors run many simulations to explore a parameter space consisting of different inner core sizes and conductivities of the mantle layer—their broad conclusions are basically insensitive to these parameters.

The model and the equations are all non-dimensional, so the results of this study are applicable to planets of any size, at least in principle. A major caveat is that super-Earths may not actually be scaled-up versions of Earth. If the viscosity of planetary materials becomes huge at high pressures, then a super-Earth might not even be differentiated into a mantle and a core, or the mantle might not be able to cool the core fast enough, killing convection and any dynamo. The authors acknowledge these issues as critical uncertainties.

Results: Strong magnetic field in the core, but weak at the surface 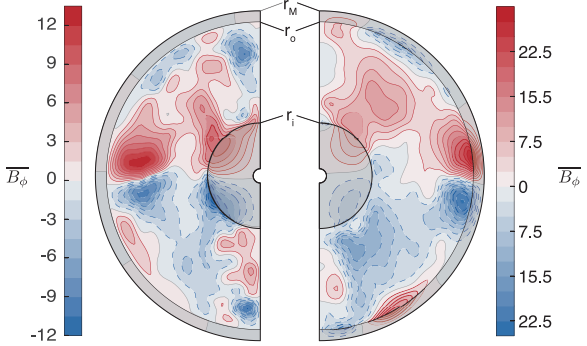 Fig. 2—Snapshot of axisymmetric field strength in the core for an insulating mantle (left) and a conducting mantle model (right) from Vilim et al. 2013.

Figure 2 shows a profile of the magnetic field within the core for an insulating, Earth-like mantle and a mantle with a conductive base. At the surface, Earth’s magnetic field is well-described as a steady, symmetric dipole. But the field within the core is quite complicated. With a conducting layer in the mantle, the field in the core is still complicated, but it’s also much more powerful—the scale on the right plot covers a much wider range than the one on the left. Most of this power increase, however, goes into non-dipole components of the field, which are non-symmetric and change magnitude and direction frequently. The strength of the dipole-like part of the magnetic field is relatively insensitive to the presence of a conductive layer. 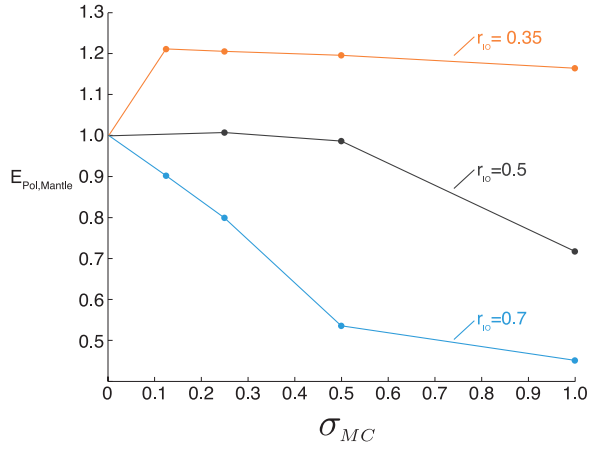 This study is a fascinating look at an issue that is foreign to our Solar System, but might be very important to a plethora of exoplanets. As with everything related to terrestrial planets orbiting other stars, these theories will be difficult to verify in the near future. While it’s difficult to say anything about exoplanetary magnetic fields with certainty, we can be sure that what we find will continue to amaze us.