Stars are born on the main sequence where they begin fusing hydrogen into helium. Once they begin burning heavier elements, they evolve off the main sequence. After that, stars up to about 8 solar masses move through the subgiant branch, the red giant branch, the horizontal branch, then finally onto the asymptotic giant branch (AGB). Stars on the AGB have what will become a white dwarf at their core surrounded by fluffy layers of gas which pulsate as heavy elements are burned. Helium is fused in a shell surrounding the core, which is thermally unstable and causes the pulsations. These pulsations grow in amplitude as the star begins to shed its outermost layers. Post-AGB stars have left the asymptotic giant branch and are in the process of developing into a planetary nebula. These shed layers form what is called the circumstellar envelope around the star.

One of the key questions astronomers are trying to understand about post-AGB evolution is how asymmetries form in the circumstellar envelope. When astronomers observe post-AGB stars, sometimes the circumstellar envelope is not spherically symmetric around the star. The presence of other stars, planets, or jets with magnetic fields have been proposed to explain these asymmetries.

Water masers have been detected in about 20 of these systems. Masers are just like lasers, but in the microwave portion of the spectrum. In fact, masers were created in laboratories before the development of lasers. These water masers are thought to be jets propelled by the star which shape the circumstellar envelope. The post-AGB star discussed in this paper has a water maser that appears to trace the observed asymmetries in the circumstellar envelope. However, previous observations have failed to detect radio continuum emission that should also be present. 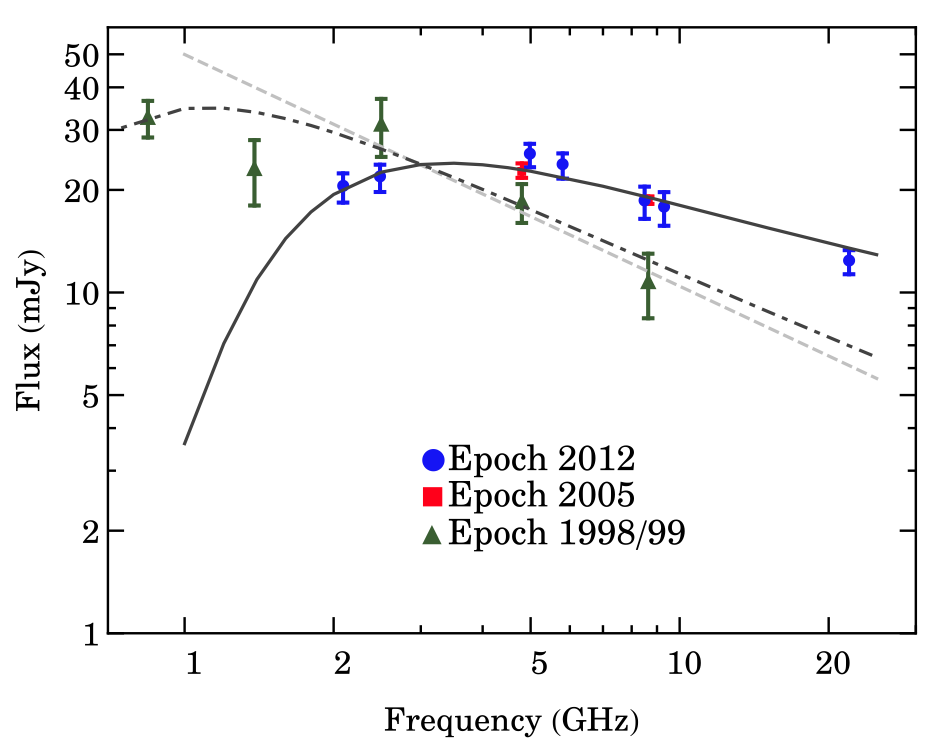 Figure 1: Spectral Energy Distribution of the post-AGB star during multiple observations. The solid and dot-dashed line are fits to the observations. The grey line indicates the expected emission from one part of the jet based on the model.

The authors observed this source, called IRAS 15445-5449, with the Australia Telescope Compact Array, a radio telescope. They observed seven different frequencies, one that matched up with the water maser (22 GHz) while the other six are solely continuum emission.

Using these observations, the authors were able to create a spectral energy distribution (SED), shown in Figure 1. SEDs show the how much energy is coming from different frequencies of light. These can be used to understand the relative contributions from different sources of energy. The authors fit the data using a model for a synchrotron jet that ionizes the circumstellar envelope.  Since this object has been studied before at similar frequencies, the authors were able to compare the shape of the SED at different times to understand how this system is changing. The increase in emission from 5-20 GHz between 1998 and 2005, which is then stable until 2012, indicates that the jet only formed recently.

Figure 2 provides the first observational evidence of the jet 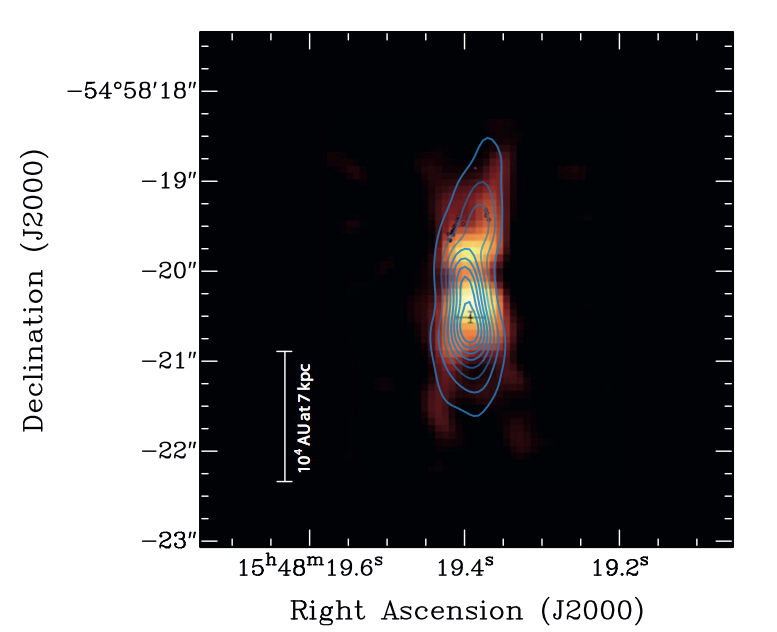 Figure 2: Infrared image with overlaid radio contours from the observations presented here. The points at the top, along the contours, are the locations of water maser emission previously observed. The triangle in the center is the location of the radio continuum previously observed. The scale is given for an assumed distance of this post-AGB star.

shaping the circumstellar envelope. The blue contour lines are the radio continuum map from the observations presented in this paper. These have been placed on top of an infrared image on this system. The diamonds near the top are the locations of the observed water maser emission. The black triangle indicates the center of the radio emission observed back in 2005.

The infrared image traces the circumstellar envelope, which is clearly asymmetric as it is extended towards the top and bottom of Figure 2, but not to the left or right. Since the radio emission contours have the same shape as the infrared image and match up with the water maser observed previously, it suggests that the jet is responsible for creating this structure.

These observations present the first direct evidence of a jet shaping the circumstellar envelope of a post-AGB star. Understanding how asymmetries form in these systems will help lead to a better understanding of similar asymmetries in planetary nebulae, the next phase of stellar evolution.