It’s currently accepted theory that every galaxy has a super massive black hole (SMBH) at it’s center. These black holes have been observed to be strongly correlated with the galaxy’s bulge mass, total stellar mass and velocity dispersion. 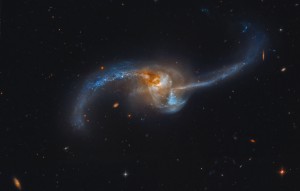 Figure 1: NGC 2623 – one of the merging galaxies observed in this study. Image credit: NASA.

The mechanism which drives this has long thought to be mergers (although there are recent findings showing the bulgeless galaxies which have not undergone a merger also host high mass SMBHs) which causes a funneling of gas into the center of a galaxy, which is either used in a burst of star formation or accreted by the black hole. The black hole itself can regulate both its and the galaxy’s growth if it becomes active and throws off huge winds which expel the gas needed for star formation and black hole growth on short timescales.

To understand the interplay between these effects the authors of this paper study 9 nearby ultra luminous infrared galaxies in a range of stages through a merger and measure the mass of the black holes at the center of each. They calculated these masses from spectra taken with the Keck telescopes on Mauna Kea, Hawaii by measuring the stellar kinematics (the movement of the stars around the black hole) as shown by the doppler broadening of the emission lines in the spectra. Doppler broadening occurs when gas is emitting light at a very specific wavelength but is also moving either towards or away from us (or both if it is rotating around a central object). Some of this emission is doppler shifted to larger or smaller wavelengths effectively smearing (or broadening) a narrow emission line into a broad one. 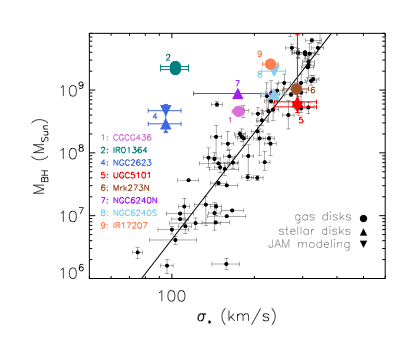 Figure 2: The mass of the black hole against the stellar velocity dispersion, sigma, of the 9 galaxies observed in this study. Also shown are galaxies from McConnel & Ma (2013) and the best fit line to that data as a comparison to typical galaxies. Originally Figure 2 in Medling et al. (2015)

From this estimate of the rotational velocities of the stars around the centre of the galaxy, the mass of the black hole and the velocity dispersion can be calculated. These measurements for the 9 galaxies in this study are plotted in Figure 1 (originally Fig. 2 in Medling et al. 2015) and are shown to be either within the scatter or above the typical relationship between black hole mass and velocity dispersion.

The black holes therefore have a larger mass than they should for the stellar velocity dispersion in the galaxy. This suggests that the black hole grows first in a merger before the bulges of the two galaxies have fully merged and settled into a gravitationally stable structure (virialized). Although measuring the velocity dispersion in a bulge consisting of two bulges merging is difficult and can produce errors in the measurement, simulations have shown that the velocity dispersion will only be underestimated by 50%; an amount which is not significant enough to change these results.

The authors also consider whether there has been enough time since the merger began for these black holes to grow so massive. Assuming that both galaxies used to lay on typical scaling relations for the black hole mass, and that the black holes accreted at the typical rate (Eddington rate), they find that it should have taken somewhere in the range of a few 10-100  million years – a time much less than the simulated time for a merger to happen.

The authors conclude therefore that black hole fueling and growth begins in the early stages of a merger and can outpace the formation of the bulge and any bursts in star formation. To confirm this result measurements of a much larger sample of currently merging galaxies needs to be taken – the question is, where do we look?