Astronomical celebrity, or just another pretender? The curious case of CR7

Title: No evidence for Population III stars or a Direct Collapse Black Hole in the z = 6.6 Lyman-α emitter ‘CR7’

Last year Astrobites covered the discovery of CR7, a luminous galaxy in the early universe (a redshift of 6.6, approximately 700 million years after the big bang; equivalent to when the Universe was 4 years old if we scale its age to an average human lifespan of 70 years). It’s made up of three spatial components (see Figure 2), one of which appeared to be a peculiarity: it’s light contained very few emission lines, which suggested that it contained very few metals (Astronomy parlance for elements heavier than Helium). It’s this lack of metals that got astronomers puzzled, and granted theorists imaginations a licence to run wild. 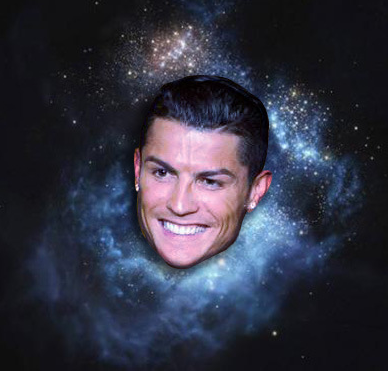 Metals are formed in the cores of stars. When a massive star dies it goes supernovae, flinging its metals out into nearby gas during the explosion. This gas is then said to be ‘enriched’ with metals. Subsequent generations of stars forming from this enriched gas will contain more metals than the previous generation, visible through emission lines in the light from the stars. The very first generation of stars (known as population III stars) would necessarily be almost completely metal free. Gas from the early universe that hasn’t been host to any stars would also contain very few metals.

‘Normal’ black holes are formed when massive stars die, and collapse in on themselves due to the immense gravity caused by their mass. A direct collapse black hole is a different beast, forming from a giant, primordial gas cloud that, under the right conditions, collapses down into a single, supermassive star. This supermassive star would be unlike any star in the universe today, and would quickly collapse directly into a black hole. The immense black hole that is formed would then start to grow by gathering nearby gas, and this accretion would emit light.

One of the conditions for such a collapse to occur is low metallicity – unlike gas clouds with lots of metals, metal-free clouds tend not to break up into smaller clouds that lead to multiple lower-mass stars but collapse globally as a whole. This low metallicity would show up in the spectrum of light we observe from the accreting black hole (for more information on direct collapse black holes check out some of these previous astro bites). Direct collapse black holes have been theorised but never seen, so this would again make CR7 a world first. But is CR7 really as groundbreaking as it first seems? 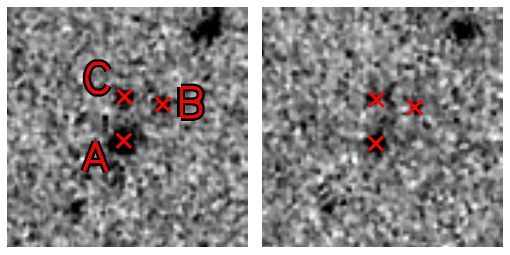 The authors of today’s paper carried out new observations of CR7 with both ground and space based telescopes. In particular, they find strong evidence for an optical emission line, namely doubly ionised Oxygen (you can see this in Figure 3 as the very high green data point above the green line for object A near the grey [OIII] line). Such a line suggests that whatever is powering the light from CR7 contains metals, which could sound the death knell for both the Population III or Direct Collapse Black Hole explanations.

They also find a weaker emission line from singly ionised helium than seen previously. Such an emission line is typically only produced in the presence of very energetic photons of light, which population III stars are theorised to produce. This provides additional evidence against the population III claim.

So if it’s not Population III stars or a direct collapse black hole, what is powering CR7? The authors suggest a couple of more ‘standard’ explanations. The ionised helium line could be explained by a more traditional accreting black hole at the center of the galaxy, something almost all galaxies appear to have. Alternatively, it could be a low-metallicity galaxy undergoing an intense period of star formation. New models of stellar light that include binary stars, or Wolf-Rayet stars, could also help explain the spectrum.

So has CR7 lost its claim to fame? The latest evidence suggests so, but the most damning evidence will come soon with the launch of the James Webb Space Telescope, which will be able to probe the optical region of the spectrum at much higher resolution. Until then, the true identity of CR7 will remain just out of reach. 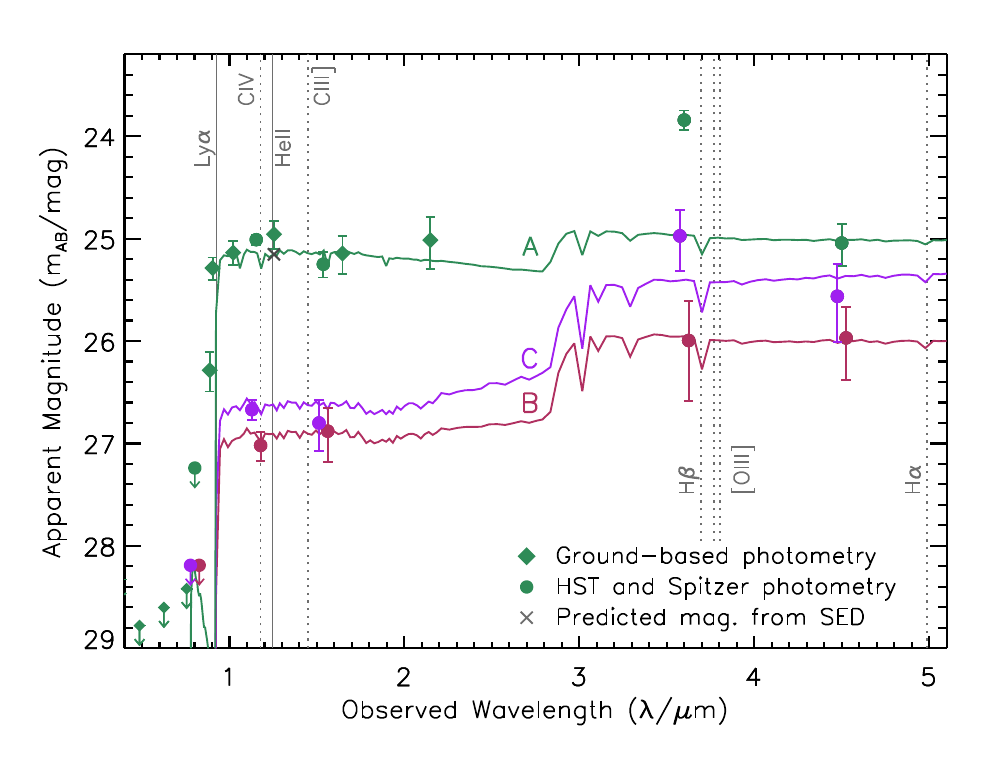 Figure 3: The new photometry measurements for the three components of CR7. Ground based and Space based observations are shown as diamonds and circles, respectively. Each line shows the best fit to a Stellar Population Synthesis model, which models the light from a collection of stars based on the group properties such as their ages and metallicities.