Climate and weather are hot topics in the news lately, as much on Earth as in astronomy. As we look past our own atmosphere, we’re beginning to find atmospheres all over the galaxy.  A new look at data from NASA’s Kepler mission, reveals the first detection of a variable atmosphere – indicating weather – on another exoplanet.

The hot Jupiter, known as HAT-P-7 b, was first discovered in 2008 via the transit method, which looks for drops in a star’s brightness due to the planet passing in front of the star from our line of sight, much like an eclipse.  HAT-P-7 b is only 40% larger than Jupiter but much closer to its own star – it completes an orbit in just 2.2 days (in comparison, Mercury has an 88 day orbit). Like the moon, it is tidally locked, meaning the same side of the planet always faces its host star.  At such a close proximity, this makes the dayside temperatures reach as high as 2860 K.

Using four years of archival Kepler data, the scientists combined data from multiple orbits to look for subtle differences in brightness.  Their results showed definite variations over time, which could not be explained by any changes in the instruments or in the star.  The likely cause? Weather. 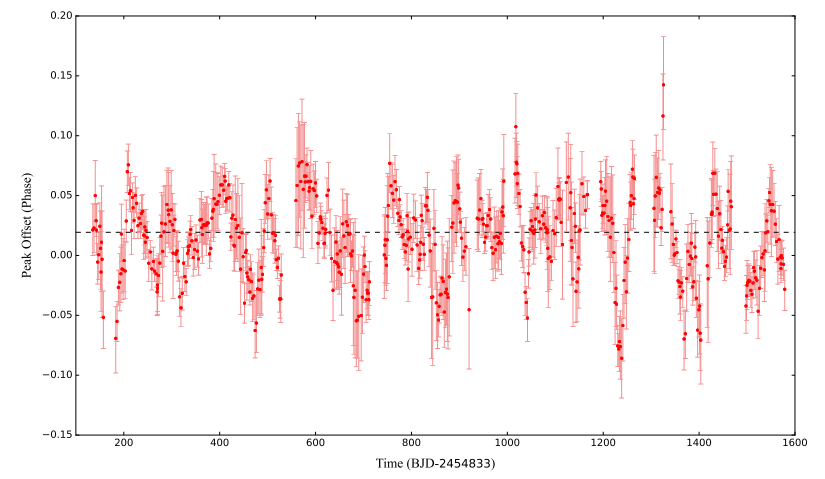 Figure 1. This plot shows how the brightness of the planet varies over time.

A tidally locked planet with an atmosphere will likely have high winds, caused by the temperature differences on the day and night side of the planet.  These winds result in shifting cloud cover and changing weather patterns.  Since clouds are good reflectors of light, these movements can be seen when looking at the amount and location of light that a planet reflects over time. While these effects were previously seen on brown dwarfs (failed stars that are too small to burn hydrogen), they had not been observed on an exoplanet until now. 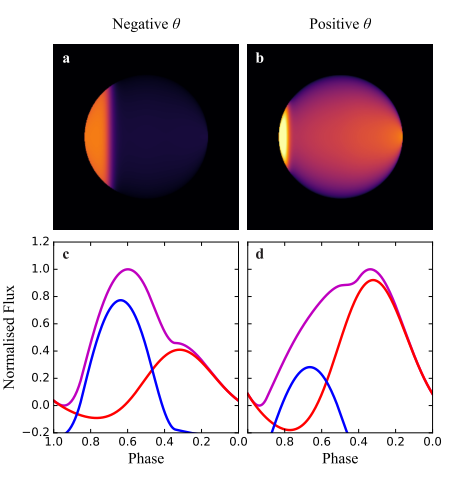 Figure 2. Modeled brightness map of the exoplanet shown for two phases. The graphs below the maps (c and d) show the components of the light – thermal emission (red) and light reflected by the planet (blue) – that compose the total light (magenta).

With new discoveries like this one, we’re just beginning to scratch the surface of exoplanetary atmospheres.  Upcoming missions like NASA’s James Webb Space Telescope and the Giant Magellan Telescope will be able to reveal more about these exoplanets atmospheres and maybe even uncover ones suitable for life.