Title: A massive, quiescent galaxy at redshift of z=3.717

Galaxies in the early universe tend to be young and carefree. They have plenty of gas, and set about vigorously forming lots of stars. As a galaxy gets older though, it starts to run out of gas and becomes quiescent, no longer forming stars (see these bites for more details on quiescent galaxies). Theorists predict that it takes at least a few gigayears to deplete the gas, and this can be sped up by mergers and interactions with other galaxies. So, the further away we look (which corresponds to looking further back in time) the fewer quiescent galaxies we expect to see.

Today’s paper is about the snappily named ZF-COSMOS-20115, a quiescent galaxy at the unusually high redshift of 3.7, around one and a half billion years after the big bang. It has a mass equivalent to 170 billion suns, making it one of the most massive galaxies at this point in the universe’s history (much bigger than other similarly quiescent galaxies at this time), but it’s also very compact, less than a kiloparsec across (in comparison, our own Milky Way is ~ 50 kiloparsecs across). How did ZF-COSMOS-20115 become quiescent so quickly after forming, and is it a challenge to our current understanding of galaxy evolution? 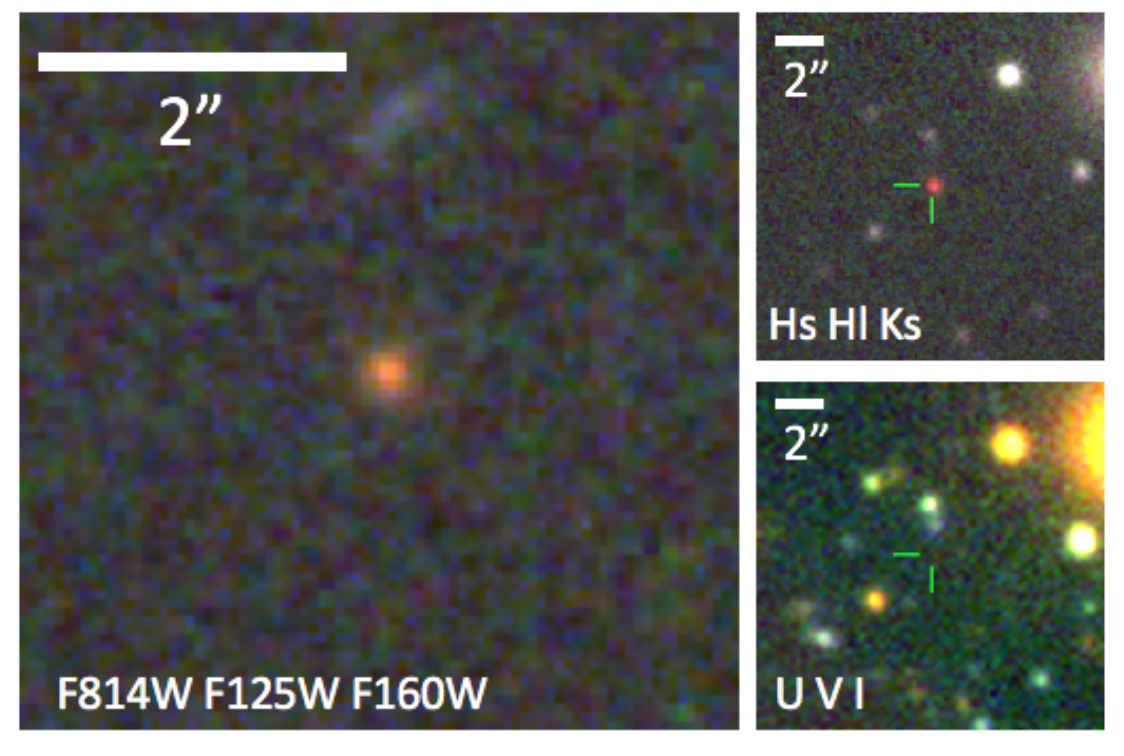 Figure 1: Images of ZF-COSMOS-20115 with the Hubble Space Telescope (left panel), and from ground based telescopes (right panels). The left and top right images show the near-infrared, and the galaxy is clearly visible. In bottom right panel, showing visible light, the galaxy is undetected.

In order for this galaxy to have formed so many stars and then become quiescent it must have had an enormous burst of star formation very early in its history. The authors speculate that such a burst could have been caused by a major merger between two similarly sized galaxies. Such a violent collision would have caused a huge amount of star formation in a relatively short period of time, sufficient to use up the gas reserves of both galaxies and prevent any further star formation after the merger.

The authors argue that many current galaxy evolution models struggle to explain ZF-COSMOS-20115 – they contain galaxies of the right mass, but are still forming lots of stars. However, since this pre-print was released many of the theorists working on such models have retorted with evidence that they can produce analogues of ZF-COSMOS-20115 (see here and here). Whether these model analogues are really capturing the true nature of this galaxy or not is still up for debate. Future observations of more quiescent galaxies in the early universe will help theorists build a better picture of these young galaxies, tragically quiescent before their time…