Title: The Effect of Orbital Configuration on the Possible Climates and Habitability of Kepler-62f

This guest post was written by Harriet Brettle. Harriet is outreach coordinator for the Planetary Society in London. She is currently studying astrophysics at Queen Mary, University of London and will begin a Ph.D. in Planetary Sciences at the California Institute of Technology later this year.

Astronomers (and Astrobites!) like exoplanets, and we particularly like those that may have water—because water holds the potential for life. Water has a unique ability to participate in biochemical processes: if we are looking for life as we know it, finding water is a good place to start. 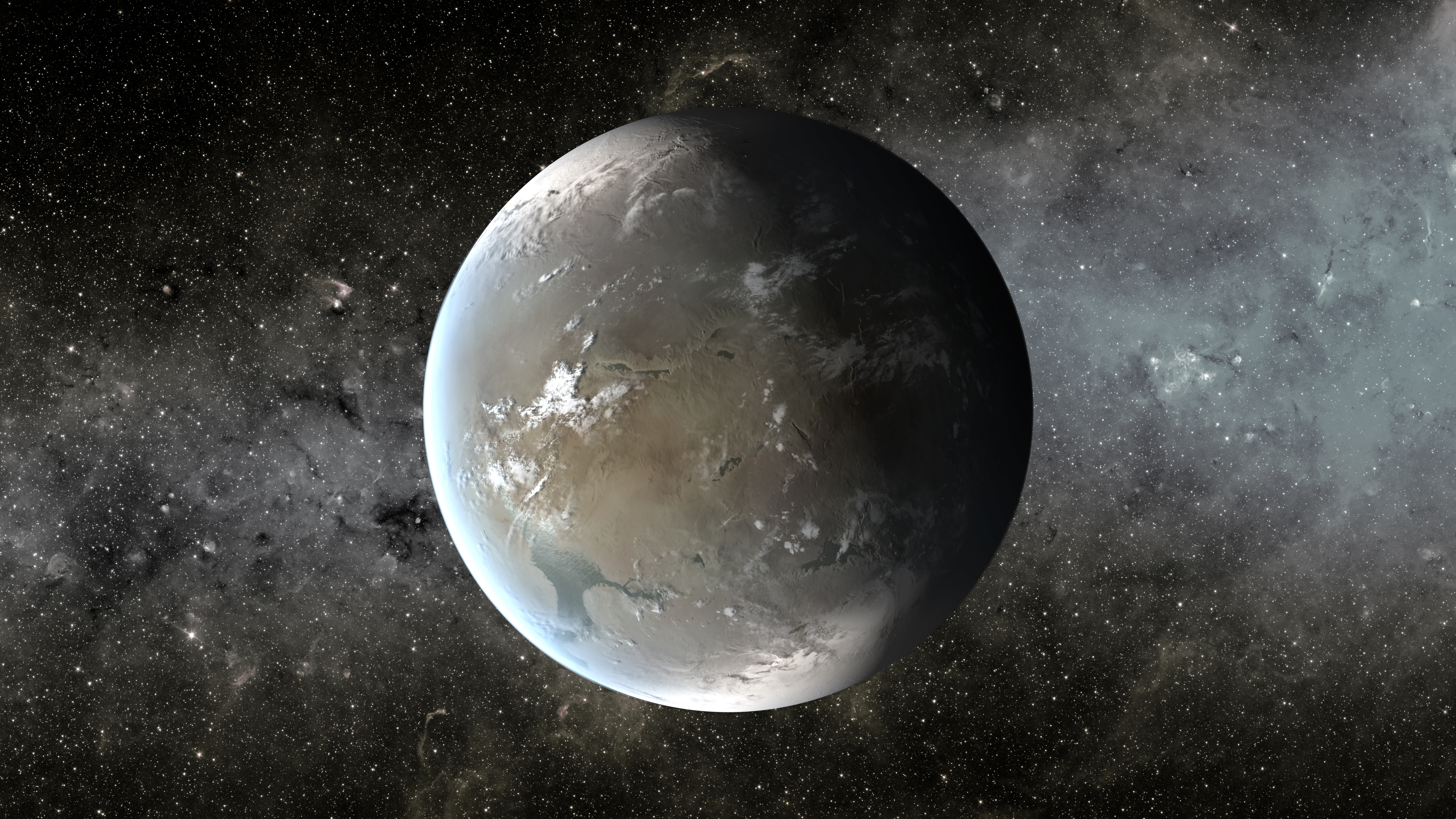 Today’s paper targets one such exoplanet, – the memorably named Kepler-62f. It’s the outermost planet in a five-planet system 1,200 light-years from Earth. Like all good candidates for little green men, Kepler-62f lies within its host star’s habitable zone. This sweet spot for planets, also known as the goldilocks zone, is where liquid water can be supported on the planet’s surface. Not too close to the star, where it’s too hot and the water boils away, not too far out, where it’s too cold and the water freezes, but just right. However, before we send out the search parties, it’s important to remember that a favourable distance to the star is just one piece of the puzzle. In this paper, the authors explore some of the other key factors at play, such as different orbital configurations and climates, to study how these might affect the habitability of Kepler-62f.

Model, then model some more

Plenty of characteristics of Kepler-62f are still a mystery; we know its radius and orbital period but not much else. The authors start by using n-body simulations to pin down potential eccentricities of the planet, which is a measure of how circular the planet’s orbit is. An orbit with an eccentricity of zero would be a perfect circle. They find that the eccentricity has an upper limit of 0.32, as shown in Figure 1. Above this limit the orbit is highly unstable, and the planet would be flung unceremoniously out of the system. 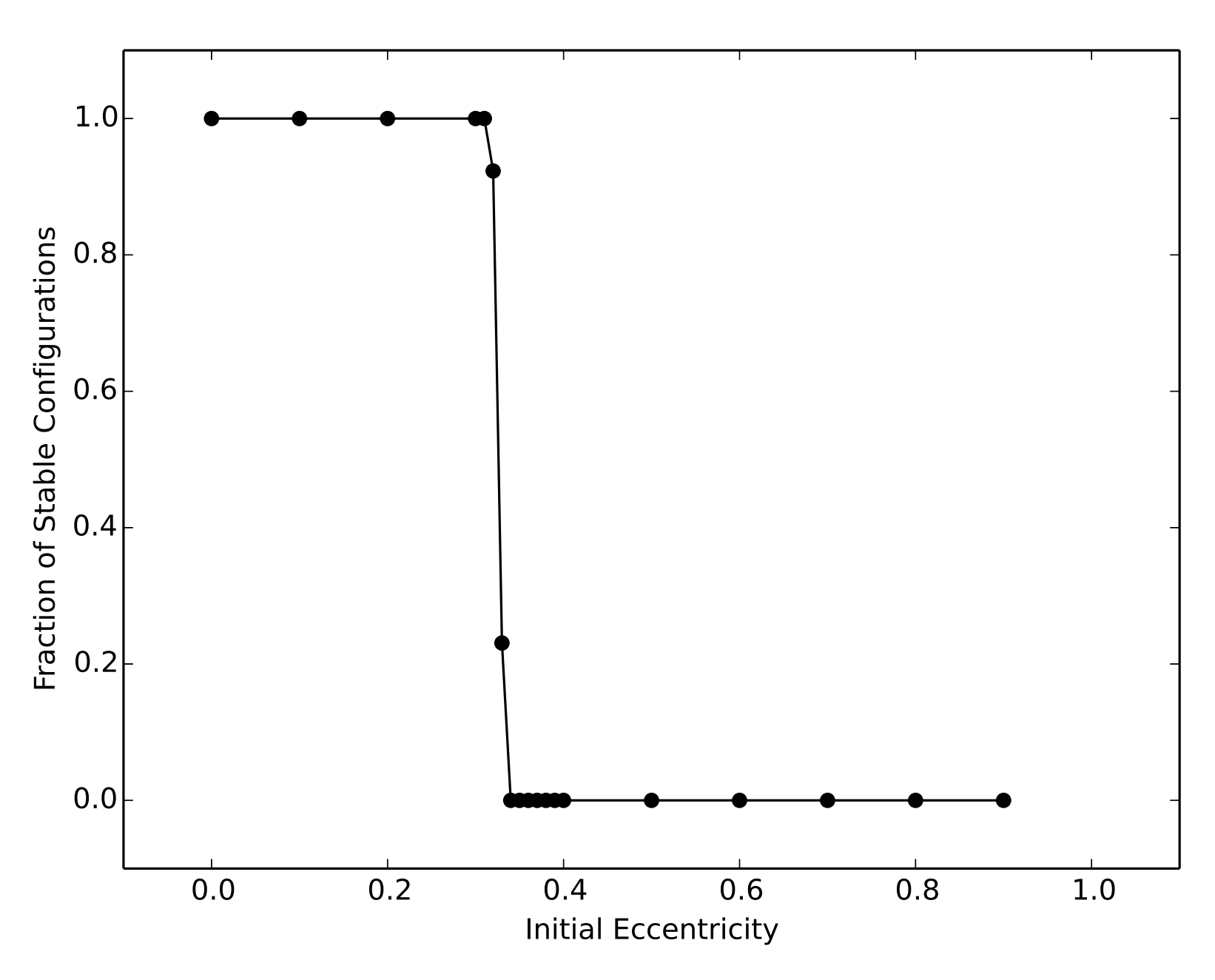 The authors then apply a 3D model of the Earth’s climate to Kepler-62f, known as a General Circulation Model (GCM). They use it to study what happens if you change the eccentricities and climate compositions. Plugging in the eccentricity bounds from the n-body simulation, the authors find multiple plausible combinations of orbital and atmospheric properties that permit liquid water on the surface of Kepler-62f. The paper focuses on a few key variables: CO2 levels, eccentricity, obliquity, and rotation rate.

Assuming modern-day Earth-like levels of CO2, the authors find ice-covered surfaces for all scenarios. However, as they increase the level of CO2 in the model atmosphere, so does the surface temperature of the simulated planet, as shown in Figure 2.

The results show that modern-day Earth-like temperatures are possible at 5 bar of CO2 across the range of eccentricities. Allowing for an active carbon cycle, the best scenario for habitable conditions combines a high eccentricity with high atmospheric CO2.

The authors also find that synchronous orbits result in lower surface temperatures, as do more circular orbits. Some scenarios are also identified that result in temporary habitable conditions. For example, high obliquity (over 60% tilt) results in temperatures above freezing in the summer hemisphere, even with low levels of CO2. 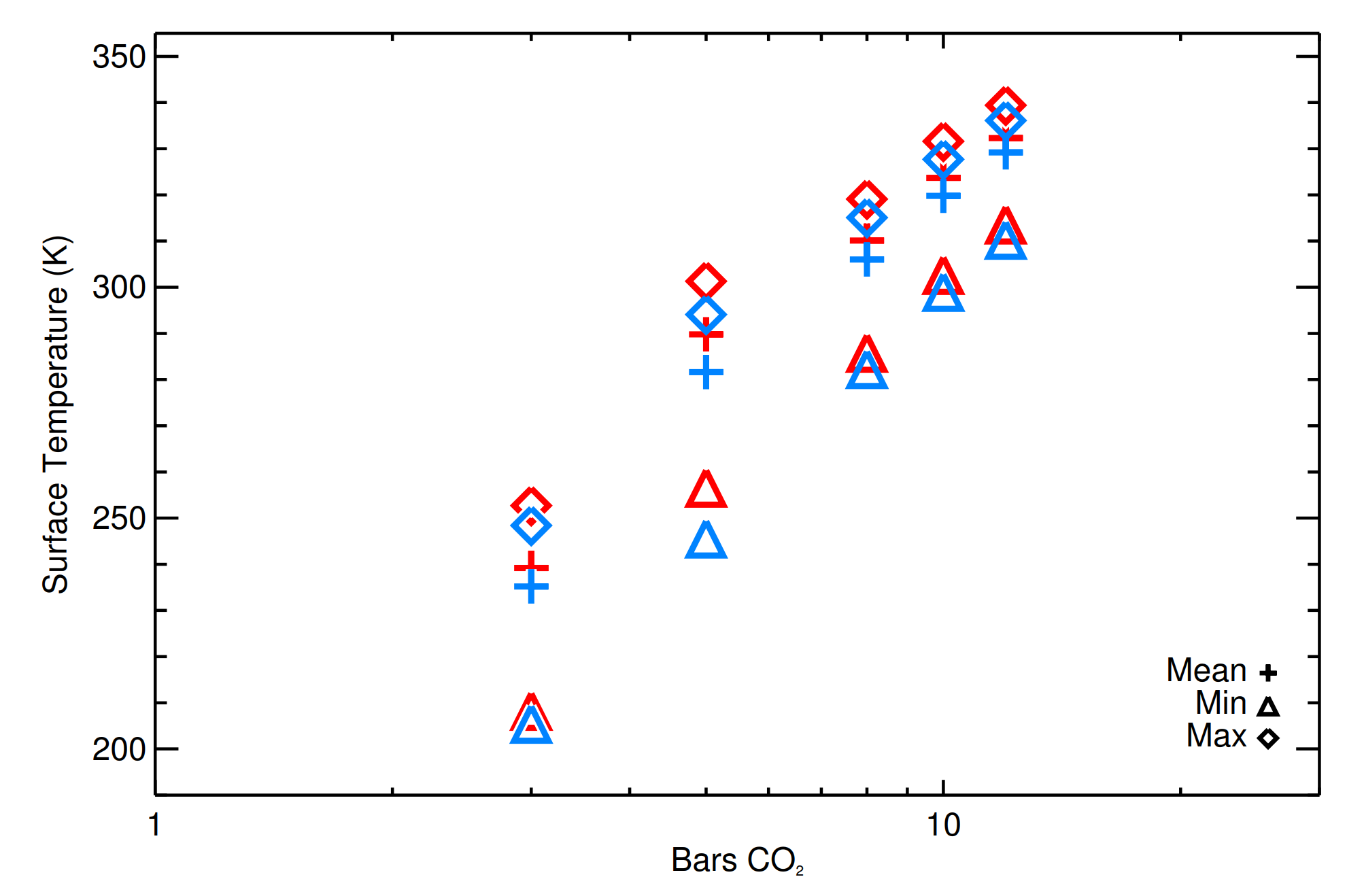 This work is an example of how exoplanet discoveries enable us to apply planetary science to a whole new set of case studies (thanks, Kepler!).

The planet chosen in this paper is just one of many habitable zone exoplanets recently discovered (see here for a handy list). This work could be applied to other exoplanets and help focus future research on those with the greatest chances of habitability. Finding life on other planets is still a long way off, but if, as Sagan said, “Somewhere, something incredible is waiting to be known”—then this work gets us one step closer to knowing where to look.

For habitability, two stars are not better than one