Title: The Detectability of Radio Auroral Emission from Proxima b

Dazzling, auroral displays are not uncommon in our solar system. In fact, when the Sun sends highly-energetic particles out in to the solar system, any planets with a substantial magnetic field will interact with the particles, resulting in the emission of radio waves. Detecting such emission allows for many interesting planetary properties to be determined, such as: orbital parameters, habitability, plate tectonics and atmospheric compositions. Yet we have not observed any auroral activity from planets which lie outside our solar system (we have, however, detected radio auroral emission on a brown dwarf star!). 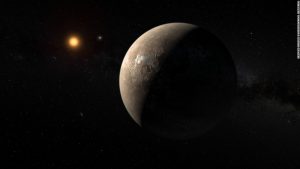 Today’s bite investigates our nearest stellar neighbour, Proxima Centauri, to answer one very important question – can we detect auroral emissions from its exoplanet, Proxima b?

What are we looking for?

To answer this question, the authors first employ radiometric Bode’s law to estimate the magnitude of radio waves released during stellar wind and magnetosphere interactions. Radiometric Bode’s law, derived from observations of magnetic planets within our own solar system, indicates the brightness of radio waves increases with size of planetary magnetosphere. Futhermore Blackett’s law suggests the size of the magnetosphere scales with mass and rotation speed, which translates to a predicted radio power of

for Proxima b . When combined with Proxima b’s estimated magnetic field strengths of 0.007 – 1G, comparable to the 0.5 G observed at the Earth’s equator, scientists expect the frequency of these radio waves to be between 0.02 – 2.8 MHz. 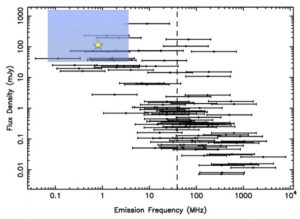 Figure 2: Predicted brightness of radio waves versus emission frequency based, in accordance with Bode’s law, for 106 exoplanets. The expected values for Proxima b are highlighted in the blue square, with the yellow star representing a magnetic field value of 0.3 G. The black dashed line indicates the cut-off frequency for Jupiter. Figure 1 of paper

Figure 2 highlights the first hurdle for observations of radio auroral emissions from Proxima b. All radiometric modelling points to radio waves being emitted at frequencies between 0.02 – 2.8 MHz for this exoplanet. However observations below 10 MHz are not possible from Earth, as such wavelengths are blocked by our atmosphere, so even at the extremes of likely magnetic field strengths, we cannot use ground-based instrumentation. A secondary issue with observing aurorae on Proxima b is that we’re now observing in a low-frequency regime which tends to be absorbed by the interstellar medium (ISM).

So far, the authors have only estimated the brightness of auroral activity on Proxima b. With its close-in orbit creating a highly variable magnetosphere radius, we expect the variation in the observed radio waves to be rather large. To characterise this variability, authors implemented models of the wind and magnetic field around Proxima b, as a function of various orbital parameters. An example of the results obtained from the simulations is shown below in Figure 3. 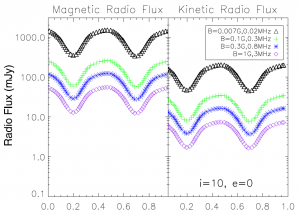 Figure 3: Variation in the observed radio brightness as the radius of the magnetosphere caries over Proxima b’s short 11.2 day orbit. Eccentricity = 0 and inclination = 10 degrees. Figure 4 of paper

From modelling the variability in radio flux for Proxima b, the authors concluded two things:

Can we detect aurorae around Proxima b?

There are a number of issues associated with undertaking observations of Proxima b’s radio emission. As previously mentioned the ISM is highly problematic, as electrons within the ISM are more likely to absorb photons at low frequencies due to free-free absorption. Thankfully this shouldn’t be an issue above 0.3 MHz for nearby planetary systems, like Proxima b, as there is less ISM to contend with. We also have to overcome the 10 MHz atmospheric cut-off introduced by absorption of photons in the ionosphere. Clearly the only solution here is to make observations from space. The authors mention several interesting proposals including a radio observatory on the Moon (one example given is ROLSS) and clusters of low-cost CubeSats to form a very large telescope (think of experiments like ALMA which combined lots of smaller telescopes to form one big one, but in space). 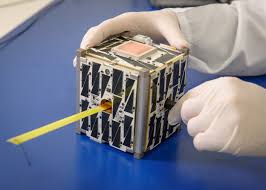 The take-home message of this paper is that the brightness of radio emissions around Proxima b are substantial enough to be detected here on Earth. This is fantastic because if aurorae, caused by interactions between stellar winds and the planet’s magnetosphere, are detected on Proxima b, we will be able to further constrain the planet’s orbital inclination, eccentricity and generally gain an insight on its magnetosphere. Sadly we just have to wait for the right instrumentation to put into space, allowing scientists to overcome the pesky 10 MHz limit imposed by our own atmosphere.