Title: Magnetospherically driven optical and radio aurorae at the end of the stellar main sequence

Auroras are the spectacular light shows visible in the polar regions at Earth and other planets. In 2015 they were detected for the first time outside of the solar system.  Brown dwarfs are objects often described as “failed stars”, meaning they are insufficiently massive to ignite hydrogen fusion in their cores.  Today’s paper reports on the remarkable discovery that a particular brown dwarf plays host to auroral displays far more powerful than those found anywhere in the solar system.

Brown dwarfs occupy the region between giant planets and the lowest mass stars. It is generally accepted that they form in a manner similar to stars, i.e. the gravitational collapse of interstellar gas, but never reaching a mass sufficient to sustain hydrogen fusion in the core. As such, brown dwarfs are extremely cool, faint objects, making their detection much more difficult than ordinary stars. However, they provide an excellent opportunity to for us to better understand the physics that differentiates the stellar and planetary domains.  Since their discovery many surveys have been performed which have revealed, amongst other things, the existence of complex weather systems and strong global magnetic fields.

Understanding the interaction of the magnetic field at a brown dwarf with its nearby space environment is a key scientific goal. At Earth, space scientists observe the aurora as a means of revealing the structure and dynamics of the magnetic field, and the plasma which interacts with it. Before turning to auroras at brown dwarfs we shall briefly review at what we know about auroras from our studies at Earth and other solar system planets.

The vibrant displays that we see are a result of charged particles (i.e. electrons and ions) from the plasma population around the Earth raining down along magnetic field lines, and colliding with molecules in the atmosphere. These collisions excite the atmospheric constituents to a higher energy state, causing the emission of a photon as they return to their original state.

Auroral emissions aren’t just confined to Earth; they are found at other magnetised planets in the solar system, with Jupiter being a particularly spectacular example. Neither are they confined only to the visible part of the spectrum; auroral emissions occur from radio frequencies through to UV and X-ray.

Now we return to brown dwarfs. Since 2006 it has been known that a handful of brown dwarfs emit very regular and persistent radio bursts. These burst are pulsed at the rotation period of the dwarf, leading some researchers to suggest that they may be caused by auroras that are generated in a similar manner to Jupiter’s main auroral oval. The pulsing in this case may be due to the magnetic axis being tilted from the spin axis, so that as the dwarf rotates the auroral emission comes into our line of sight. This motivated the authors of today’s paper to target a particular brown dwarf, LSR J1835 + 3259, with simultaneous radio and optical observation, pursuing a possible relation between the two. Radio observations were made using the Very Large Array (VLA) radio telescope, while simultaneously, optical measurements were made with the 5.1 m Hale telescope at the Palomar Observatory with follow-up observations from the 10 m Keck telescope.

The results of the observations are shown in Figure 1, where the light curve from the optical measurements (Fig 1a) shows a clear periodicity of 2.84 h. Observations of the radio emission (Fig 1b) show the same periodicity, with a slight offset in phase causing it to lag slightly behind the optical emission. The authors attribute their findings to auroras which are driven by strong electric currents flowing in the magnetosphere of the dwarf. 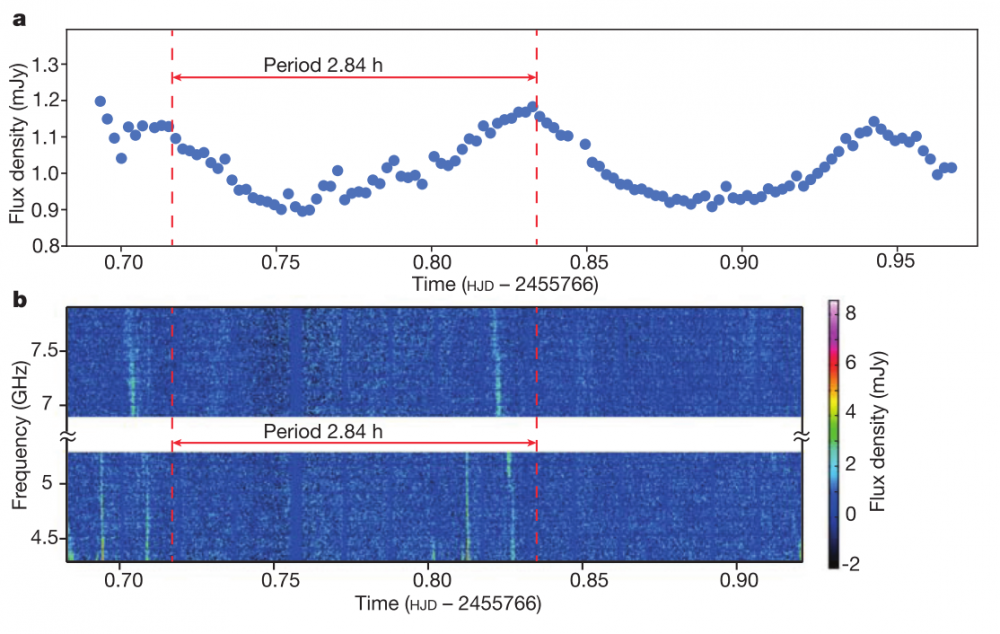 Figure 1: (a) Optical measurements of Balmer line emission of LSR J1835 made using the Hale telescope. (b) Corresponding radio observations of the same object made using the VLA radio telescope. [Figure 1 from Hallinan et al. 2015]

With this discovery many open questions are presented. What is the mechanism driving the auroras? It may be interaction with the interstellar medium, analogous to the process of the Earth’s magnetosphere interacting with the solar wind. Or it could be due to a continuously replenishing source of plasma mass outflow from within a closed magnetosphere, analogous to the mechanism producing Jupiter’s main auroral oval. Additionally, the source of the required plasma population is unknown, with the cool temperatures (∼2000 K) of brown dwarfs being unable to support significant ionisation of their atmospheres, and the lack of nearby stars restricting the possibility of ionisation by stellar irradiation.

Ultimately it is an exciting prospect that this discovery, along with the arrival of even more sensitive radio telescopes (e.g. the Square Kilometre Array), may pave the way towards detecting auroras at exoplanets. This which would add a novel technique to the exoplanet-detectors toolkit, and enable us to learn about the magnetic fields and plasma populations around those objects.

I am a 2nd year postgraduate student at the University of Leicester, UK. My research primarily involves modelling the magnetospheres and auroral emissions at brown dwarfs