What could have sent these stars flying out and away from the galaxy? The most popular idea is that they came from binary stars that interacted with the supermassive black hole that lives in the center of the Milky Way. While one star in the pair was captured by the black hole the other was flung out at a high speed. Other possibilities are that the stars were kicked out of nearby star clusters such as the Large Magellanic Cloud, and that some of them might be supernova remnants that received a kick from the aforementioned supernova.

With this wealth of position and velocity data, the authors of this paper reckoned it would be interesting to return to hypervelocity star candidates and see what the Gaia DR2 has to say about them. 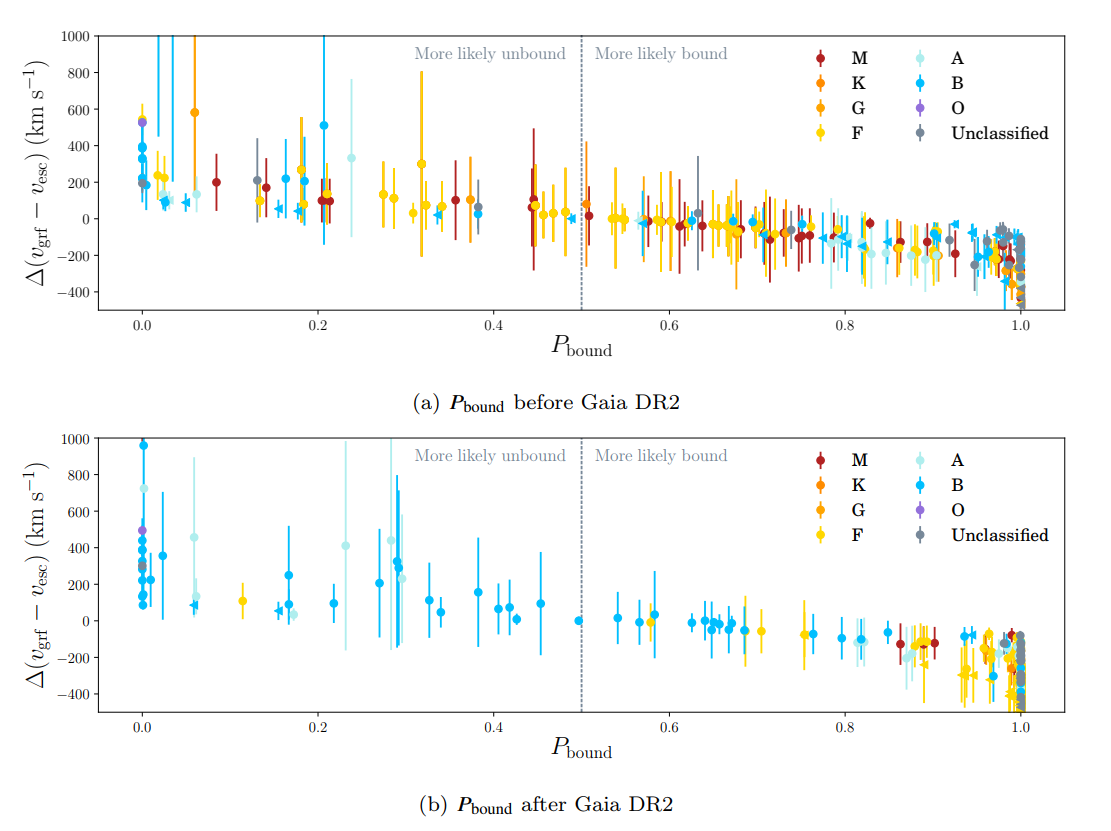 Figure 1. The difference between a candidate’s velocity in the galaxy-centered frame and the escape velocity as a function of the probability of being gravitationally bound, Pbound. The authors compare the differenced velocity for the hypervelocity candidates before (a) and after DR2 (b) [Figure 2 in the paper].

The authors considered all hypervelocity candidates, dividing them into “early-type” and “late-type”. Late-type candidates are stars whose spectral type is F, G, K, or M, and early-type candidates are of type O, B, or A. Historically, candidates have been identified by cross-matching spectroscopic surveys with proper motion catalogs. For this work, the authors created the Open Fast Stars Catalog (OFSC),  which combines parameters identified through spectroscopy (such as radial velocity) with photometric and astrometric measurements.

The OFSC automatically queried the Gaia catalog to determine the probability Pbound that a given star is bound to the Milky Way (that is to say, they’re not leaving). 510 stars out of the 524 in the OFSC have associated Gaia photometry in DR2 with 494 stars having associated astrometry. The result is that 464 hypervelocity candidates have a Pbound greater than 0.5 while 38 candidates have a Pbound less than 0.5 (see Figure 1). In particular, 409 candidates have a 99% chance of being bound to the Milky Way, though the authors add that the probabilities are an upper limit since 305 of the OFSC stars are missing radial velocities or proper motion measurements.

The one that got away

Of the 38 candidates that had a Pbound less than 0.5, the authors consider them by stellar type. B/A dwarf stars or early-type candidates were the most numerous with 35 representatives. The sample the authors worked with was biased towards early-type stars that lie a great distance from the Galaxy. Finding them—or their absence—closer to the Galaxy could help constrain the origin of these objects.

Two of the three remaining candidates were an O-type subdwarf and a white dwarf. The O subdwarf is thought to have been a donor star in a Type Ia supernova while the white dwarf is likely a supernova remnant.

The star the authors pay particular attention to is the late-type Li10. Li10 is the only late-type hypervelocity candidate left standing after the probability cuts, and appears to be on its way out of the Milky Way (see Figure 2). It likely passed through the disk of the Galaxy about 15 million years ago but its origins are rather ambiguous. The authors are careful to point out that though Li10 is a strong hypervelocity candidate, nearly all the other late-type candidates turned out to be bound. However, with the fresh Gaia data more late-type candidates may be uncovered.

DR2 has already revealed to us many beautiful and scientifically stimulating things, from the most precise map of Milky Way disk kinematics to the orbits of asteroids in the solar system. On the whole, Gaia is likely to propel astronomy forward on several fronts (check out David Hogg’s account of the Gaia zero-day workshop at the Flatiron Institute), and this paper is a good example of that in action. 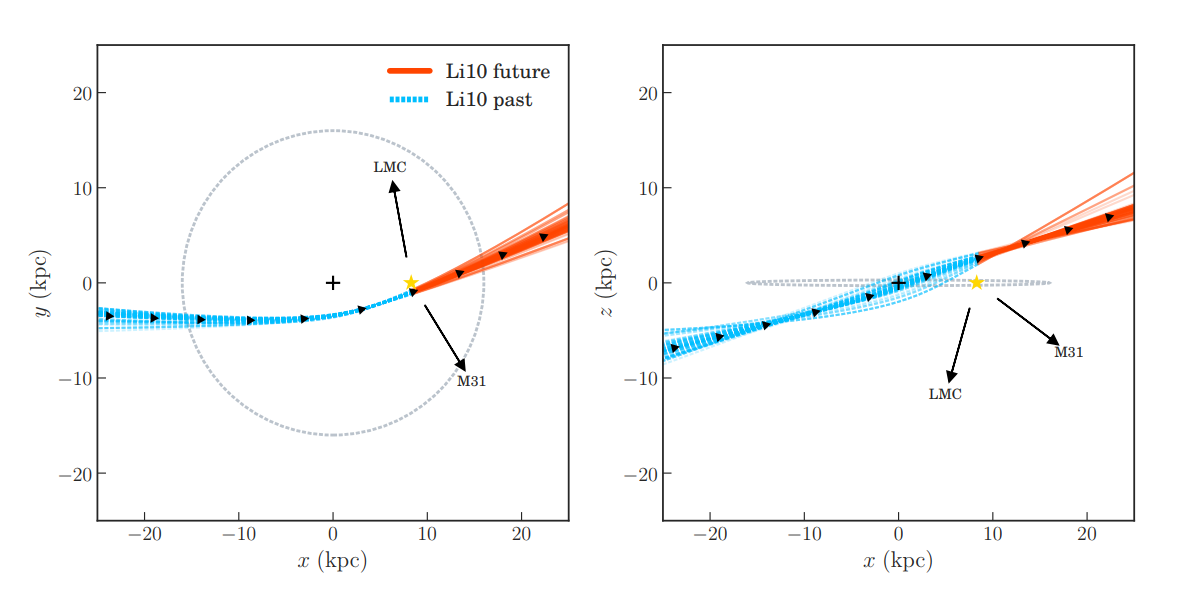