The Spooky Origins of the Solar System

Title: Making the Planetary Material Diversity During the Early Assembling of the Solar System

The younger ones dared each other to go right up to the edge and look out. They hoped for spectacle, for storms or flames or bolts of lightning, but the view was peaceful. Calmer, even, than home.

Why can’t we go?, they asked the elders again. Nothing happens there. We’d come right back.

Why? they asked. Why? 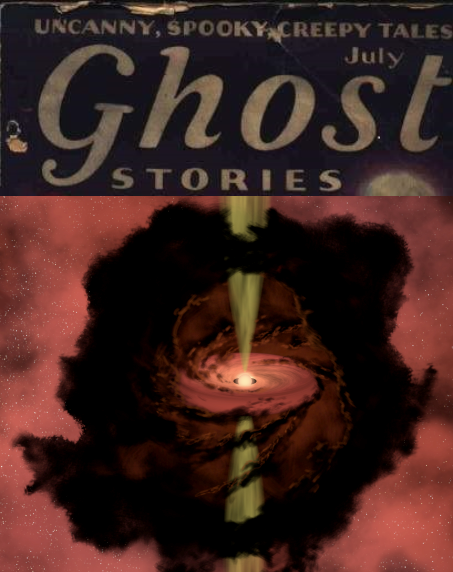 The early days of the Solar System, like much of what happens in space, were indeed spooky. We know this because (a) there’s a Monster Mash verse about it and (b) like all great spooky scenes, they’ve left behind enduring mysteries.

There are a couple of clues: firstly, as is rare in astronomy, we can actually run lab tests on meteorites and measure their ages very precisely with radiometric dating. We therefore know that the atomic building blocks which would eventually end up in the meteorites (in the form of “calcium-aluminum-rich inclusions,” or CAIs) formed extremely quickly, before the Sun’s birth cloud was even done collapsing into the protoplanetary disk.

Secondly, we have observations of nearby young stars in the Milky Way which tell us that, as a star’s birth cloud collapses and condenses to form a protostar, dust and crystalline solids form around the protostar at the same time.  It’s good external confirmation of what meteorites tell us happened around the baby Sun.

Today’s authors take this picture of a protoplanetary disk evolving even as the star’s big spherical birth cloud is still collapsing, and simulate it in the simplest possible terms. They start with a small disk with a source of light and heat at the center (to represent the protostar), and then they let a big spherical gaseous envelope gradually collapse into the disk. 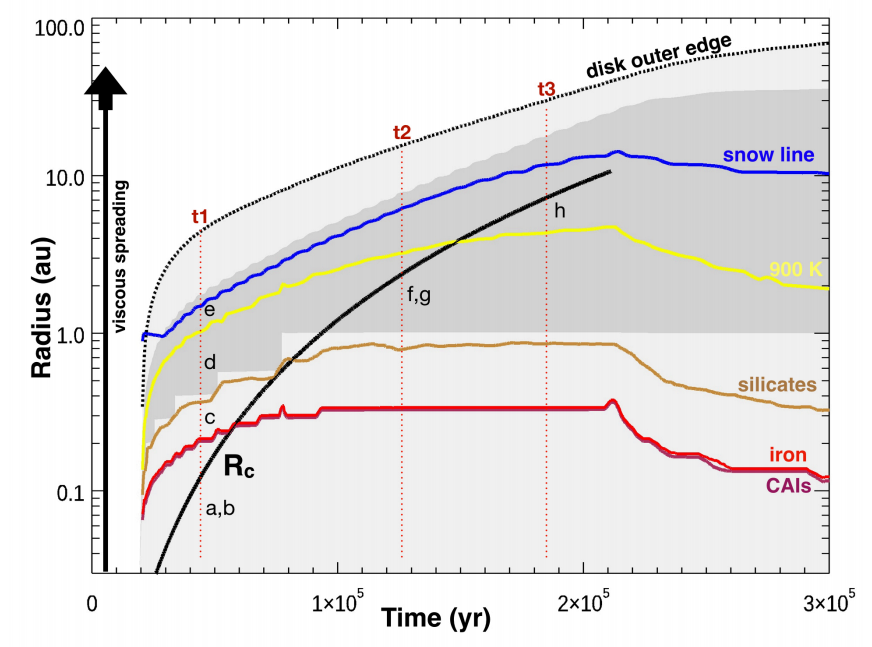 Figure 2. The evolution of the simulated early Solar System, in one picture. The x-axis represents time, and the y-axis represents the radius of the protoplanetary disk, which grows over time as (i) the star’s parent cloud collapses into the disk and (ii) the disk spreads out under its own viscosity. Because of angular momentum conservation, the cloud collapses from the inside out like a big hollow pumpkin (topical!); the black line labeled Rc represents the radius of cloud material that’s currently collapsing, i.e. the radius of the inner hollow cavity of the cloud. The colorful lines mark the temperatures at which various chemical species condense (blue for water). The darker gray band represents a “dead zone” (spooky!) where there is very little turbulence and dust and gas accumulate undisturbed. (Figure 1 from the paper.)

There are a number of physical effects that influence the presence and mixing of these minerals. First, there’s the question of temperature—heat propagates outward from the protostar at the center, meaning that the disk is hottest in the middle and coolest at its outer edge. As time progresses, the cloud continues to collapse from the inside out, so the radius at which dust from the collapsing cloud arrives in the disk moves outward. Hence, the temperature greeting this arriving dust gets cooler over time: at first, the dust arrives near the center of the disk and is instantly vaporized, but later on, it might only be chemically changed by the heat, or even later, might survive unscathed. (The disk spreads out over time, too, meaning that material that was initially close to the star and very hot can cool and condense later on.)

Second, there’s the question of turbulence. Some parts of the disk are calmer than others—in particular, there’s a “dead zone” (d̵̦̼͐ͅe̷̛̠̝͉̮͋̎͛̉̾̚͜͝͝a̷͖̮̔̈́͂̀͝d̵̗̗̩̭̑͗̊̈͐̕̚ ̸̛̺͔͕̪̖͊̈́̂̀̓̾̋z̴̮̝̗̼̓̇̊̓́̀̎̿o̵̭͆̇̆n̴̫̺̩̎̿ę̷͍̪̲̞͓͛ͅ) of extremely low turbulence, marked by the darker gray zone in figures 2 and 3.  Dust and gas that arrives in the dead zone tends to stay there, because it’s not turbulented (a word, I posit) away, while dust and gas that arrive in the turbulent zones get all turbulented around (still a word).

Finally, there’s the question of accretion onto the protostar, which is happening throughout the disk evolution—in particular, gas interior to the dead zone is strongly accreted, and it tends to take the solids in that region (like CAIs) with it. Solids which are accreted onto the star cannot, of course, go on to become meteorites. 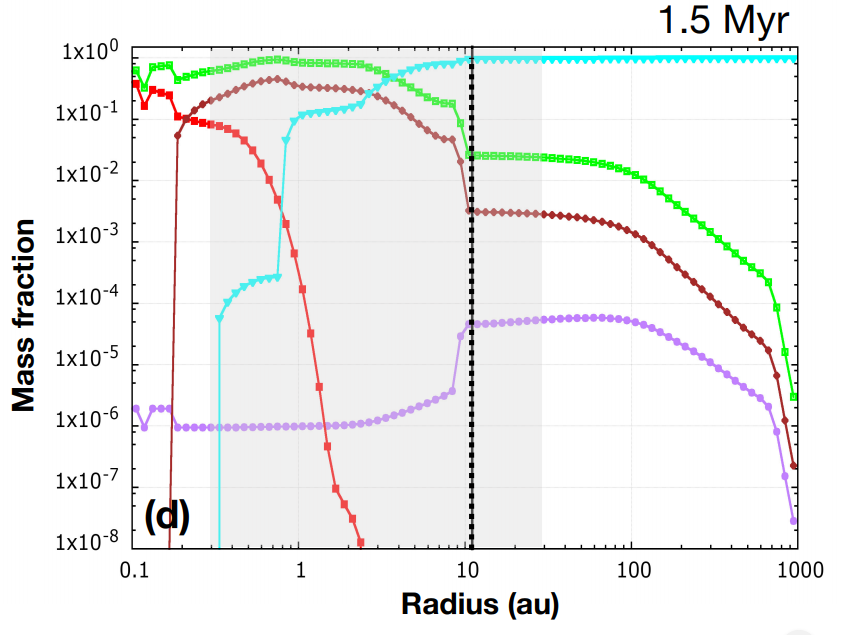 Figure 3. The mass fraction of the disk belonging to various chemical species, 1.5 million years after the beginning of the simulation. CAIs are in purple; they are heavily diluted in the dead zone (gray) because so much gas and dust from the protostellar cloud arrives and stays there. “Processed” dust, which has experienced some kind of chemical change due to high temperatures, is shown in green, and “unprocessed” pristine dust in cyan. The black vertical line, which was labeled Rc in Figure 2, marks the radius at which new material from the collapsing cloud is arriving in the disk. (Figure 3d from the paper.)

After 1.5 million years of evolution, the simulation successfully reproduces the mixing between CAIs and other minerals that must have produced the meteorites: the region of the disk with the highest CAI concentration is the same region with a lot of unprocessed dust, or dust that formed at cold temperatures and was never heated and chemically changed. Figure 3 illustrates this point–out past 10 AU, all three types of mineral coexist.

Featured image via and via.