One of the many mysteries of galaxy evolution is how the formation of stars is affected by a process called feedback. Unlike comments coming from a teacher on an essay, in the galactic context, feedback is coming from powerful sources of energy such as an active galactic nuclei (AGN). Star formation in galaxies requires a lot of dense gas (also called the interstellar medium, or ISM), so any feedback processes that disrupt the presence or the denseness of said gas can affect the ability of a galaxy to form stars. Simulations have shown that AGN are theoretically capable of providing negative feedback by heating up the ISM or blowing it away. However, they might also provide positive feedback by compressing the ISM with their winds, making it denser and triggering bursts of star formation.

Each of these options have theoretical merit and are observed in simulations, but it can be hard to observe the effects in the wild. Today’s paper takes advantage of a particularly well-situated Seyfert 2 galaxy, NGC 5728, to enhance our understanding of AGN feedback processes. The Seyfert 2 designation is used to describe galaxies containing AGN that are similar to quasars, but that have visible host galaxies while most quasars do not.

The authors use observations of NGC 5728 in the optical wavelength range, the range visible to humans, to target light from stars and several emission lines generated by ionized (i.e. heated) gas. Targeting emission from a molecular transition (the carbon monoxide CO (J=2-1) transition to be specific) also helped them trace out the distribution of molecular gas within NGC 5728, which is useful for examining how much material is available to form stars. 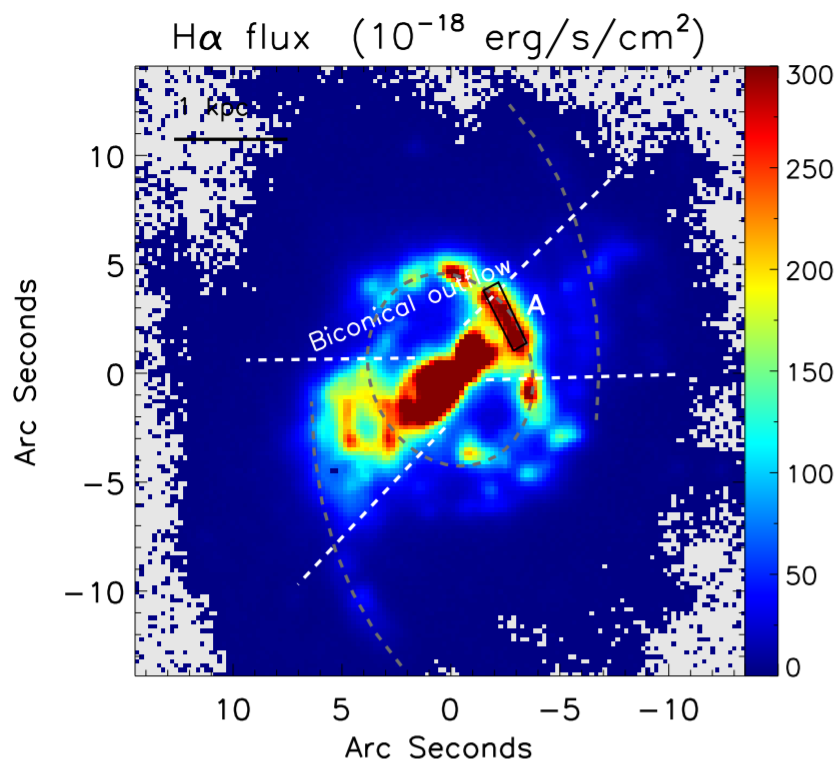 Figure 1: Emission map of NGC 5728 in hydrogen alpha, where the color indicates the amount of flux in a given pixel. The position of a star forming ring and spiral arms are noted with grey dashed lines, while a biconical outflow is traced in white dashed lines. Note the black square, region A, that indicates an intersection between the AGN outflow and the star forming ring. Excerpt from Figure 3 in the paper.

From these observations, the authors noted a few prominent structures. First, there are two spiral arms (only faintly visible in Figure 1). Second, there is a ring of star formation about 1 kiloparsec from the center. Lastly, there are prominent biconical outflows made up of ionized gas and full of high energy radiation, like x-rays. Most importantly, there is an apparent intersection (labeled “A” in the figure) between the star forming ring and the northwest (i.e. the upper right in Figure 1) cone of the AGN outflow. Luckily, this intersection provides an ideal scenario for testing whether the AGN is helping or hindering star formation.

The authors define three other regions in the star forming ring (B, C, and D in Figure 2) that are located well away from the northwest biconical outflow, and can therefore serve as controls when looking for peculiarities in the star-forming characteristics of region A. Using a BPT diagram, the authors were able to calculate the percentage of flux contributed by stars in each pixel of the image and from this calculate the star formation rate in their selected regions. 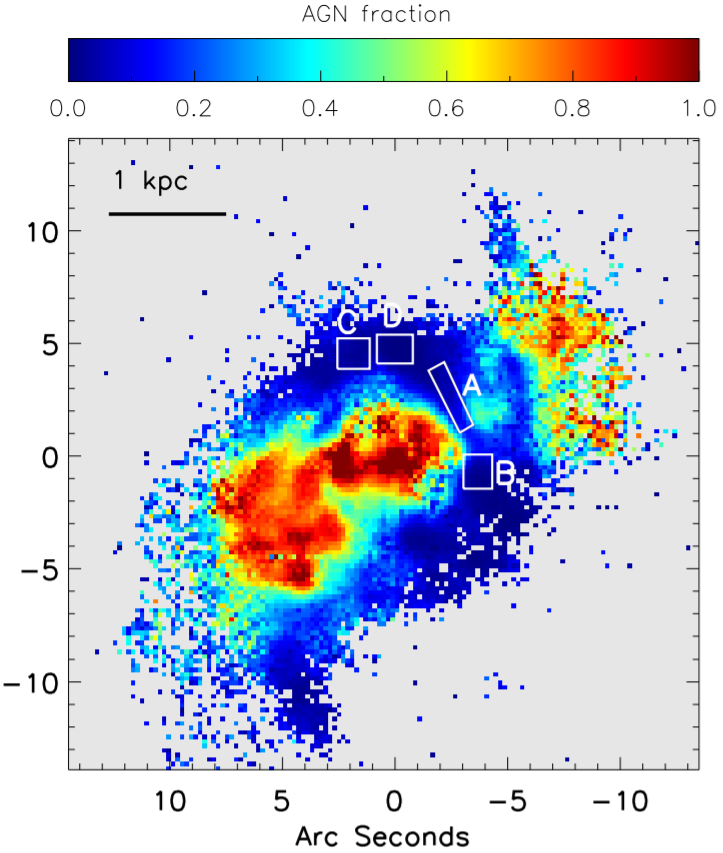 Figure 2: Fraction of emission in each pixel from AGN contributions (take 1 minus the AGN fraction to find the stellar contribution). A very blue color corresponds to a low AGN fraction, and thus a pixel containing gas whose hydrogen alpha emission is dominated by stellar light. Figure 9 in the paper.

While region A has more solar masses of stars formed per year than the combined average of regions A-D, it is not particularly unusual in this respect. However, the brightness of the emission from molecular gas at region A is quite low compared to the other regions, meaning that it has an unusually high star formation efficiency (Figure 3). Indeed, it is a factor of 3-5 higher than the control regions, a significant difference! This result seems to indicate that the presence of the AGN feedback had a positive influence on the star formation, boosting it significantly and consuming a large amount of molecular gas. 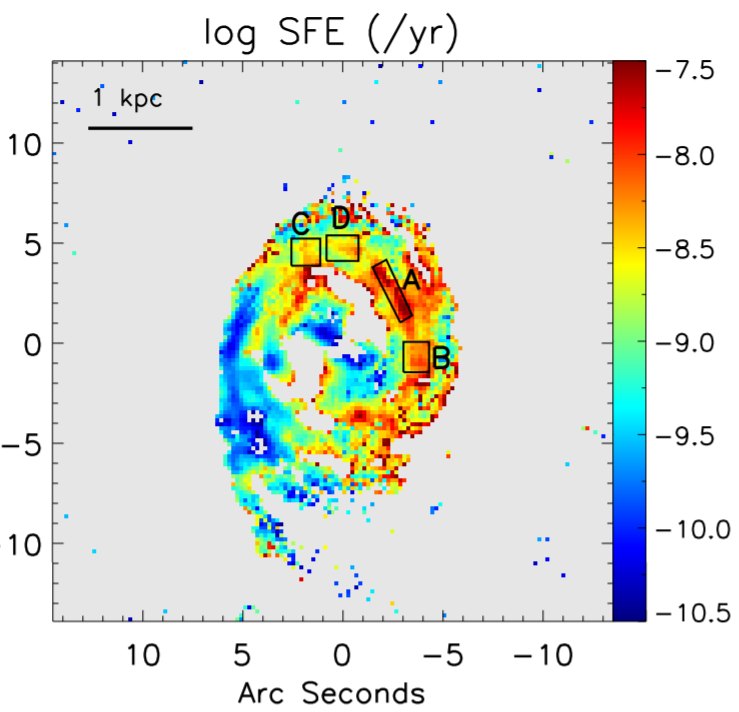 Figure 3: The star formation efficiency of the galaxy, which is the ratio between the star formation rate and the available mass of molecular gas to form stars. Excerpt from Figure 11 in the paper.

This seems like a pretty good indicator that an AGN should always significantly alter a galaxy’s star forming ability, right? Not quite! While this factor of 3-5 appears pretty large, when comparing to the calculated star formation rate in the entire galaxy, region A only accounts for a miniscule <10% of the total.

The jury is still out, then, on whether AGN will invariably cause galaxies to have significantly different star formation rates. This scenario is even further complicated by the fact that the biconical outflows may be simultaneously expelling accreted molecular gas from the spiral arms of the galaxy, preventing star formation from occurring there. Regardless, NGC 5728 is providing a rich test case to examine theories of AGN feedback and star formation.