The Hidden Mechanism of Quasar Feedback 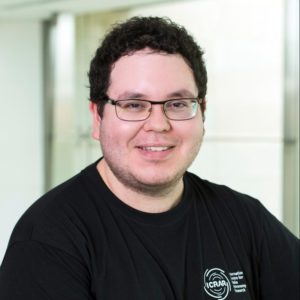 Today’s astrobite is a guest post written by Mitchell Cavanagh for an assignment in the “Advanced Topics in Physics: Galaxies” class taught by Dr. Claudia Lagos. As part of the course, students were tasked with writing Astrobite-style summaries of recent and seminal extragalactic research papers. Stay tuned for more bites in this series!

Mitchell Cavanagh is a final-year Masters student at the International Centre for Radio Astronomy Research (ICRAR) at the University of Western Australia.  Mitchell’s research is focused on the use of machine learning to study how stellar bars are formed in galaxy simulations.  In his free time, he enjoys reading science fiction (especially by Ted Chiang or Liu Cixin), learning languages and coding.

Galaxy formation and evolution is an intricate topic with many physical and chemical processes at play, from star formation to changes in morphology or shape. One of the key mysteries in galaxy evolution is how young, star-forming galaxies can be quenched, i.e starved of gas, and hence transformed into barren, so-called “red and dead” galaxies. One explanation for this transformation involves the strong negative feedback that occurs when gas accretes onto a supermassive black hole. This feedback manifests itself as strong molecular outflows that wreak havoc across the galaxy, effectively stopping star formation in its tracks. This feedback is known as quasar feedback or AGN (active galactic nuclei) feedback.

It has long been speculated that AGN feedback plays an important role in the evolution of galaxies and their central black holes, but process itself is difficult to directly observe, given that it occurs so close to the central supermassive black hole. Instead, we can observe the outflows. Modern surveys such as those making use of Herschel have been able to study these outflows in great detail, providing an indirect observation of the AGN feedback process via spectroscopy, i.e measuring light intensity over different frequencies. As such, these surveys have helped to provide insights into the inner workings of the otherwise hidden mechanism that is quasar/AGN feedback.

When the Wind Blows

It has long been established that the outflows from AGN feedback typically contain large amounts of ionised gas. Similarly, the kinetic energy of the high-velocity outflows compares well with the energy of the host quasar, hence these outflows are key evidence for the entire quasar feedback mechanism.

Observational support for such outflows can be seen in many areas, perhaps the most straightforward being star formation rates (SFRs). The SFR can be inferred via analysing absorption lines in the outflows. It turns out that many of these massive outflows can be spatially resolved, allowing for precise measurements of mass flow rates as well as kinetic energies. This particular work aims to systematically analyse the molecular flows in a statistically significant sample of ultra-luminous infrared galaxies (ULIRGs). By utilising the powerful capabilities of Herschel, the masses, momenta and kinematics of these outflows are studied in great detail, highlighting the hidden mechanism of quasar feedback and its role in the evolution of galaxies.

All The Quasars We Cannot See

This study looked at galaxies that showed signs of recent or ongoing galaxy merging. The outflow velocity was estimated by looking at the maximum blueshift of the OH 119.233 

Although it may seem that there is a dependence on the starburst luminosity in Figure 1, the statistics at low starburst luminosity are very poor and so no trend can be established. The authors similarly discount any correlations in OH detection rate with the other parameters. Likewise, Figure 1 shows no clear dependence on starburst luminosity, AGN fraction or AGN luminosities to within the uncertainties. Despite this, molecular winds were detected in 26 of the 37 objects (roughly 70%), where a molecular wind is defined as having an OH absorption feature with a median velocity less than -50 km/s. This “velocity limit” is well established in previous studies. However, if the velocity limit is lowered to -5 or -100 km/s, then the fraction of winds detected drops to 65% and 62% respectively. There is an important caveat associated with this cut-off method, namely that it biases winds observed edge-on. Curiously, although many outflows were observed, only four samples showed infalls, suggesting that infalls are either rare or are tiny on geometric scales. Given that this study looked at galaxies undergoing or having undergone merger interactions, could the merger itself have any effect on outflows? It turns out that the OH absorption velocities are statistically indifferent for binary or singular samples; more samples are needed to determine if any trend exists.

Studying the outflow velocities and comparing them to key physical parameters yields important insights into the nature of AGN-feedback driven outflows. The authors speculate that more luminous outbursts are associated with lower outflow velocities (i.e a slight positive trend) but this is not backed statistically. There is correlation between outflow velocity and AGN fraction, but the authors further warn that such a correlation does not automatically imply that AGNs are the driver of such outflows, given the combination of obscuration effects and sample orientation with respect to the observer. In order to determine whether AGNs are truly the hidden mechanism that drives outflows, it is necessary to compare outflow velocities with AGN luminosities. As can be seen in Figure 2, the higher the AGN luminosity the more negative (faster) the outflow velocity. Curiously this trend appears to be more evident when considering median velocities as opposed to maximum (terminal) velocities.

The results of Figure 2 suggest that AGN seems to play a dominant role in driving molecular outflows, however it is important to keep in mind that this only applies to objects with distinct absorption signatures. Samples where OH spectra is seen purely in emission show more modest outflows than would be expected given their AGN luminosities. With the detection of outflows with speeds as high as 1000 km/s, these molecular outflows are capable of displacing huge swathes of the interstellar medium (ISM) in galaxies, effectively stripping the ISM of the fuel it needs to form stars. These outflows can also trigger massive starbursts by compressing the ISM. In either case, there is a significant ripple effect on the future chemical evolution of the galaxy, ultimately leading to quenching.

The Wind Blows Wherever it Pleases

There are several key findings from this paper. The OH 119 

spectral feature indicative of outflows was detected in many of the samples, with three main features (absorption only, composite absorption/emission, emission only). Unambiguous evidence of outflows (as defined by the median velocity blueshifted by more than -50 km/s) was seen in 70% of the samples with detected OH features. The outflows tended to be around -200 km/s but some terminal velocities were on the order of -1000 km/s. This variation in OH velocity correlates with AGN luminosity, suggesting that AGN plays a role in the driving of these winds.

This work revealed the “smoking gun” for the existence of this quasar feedback by establishing a trend between outflow velocities and AGN luminosity. These quasar-driven winds will continue to be observed in greater and greater detail in years to come, potentially eliminating the statistical uncertainty that comes from low sample counts and measurements. It is hoped that such advances will only serve to enhance our understanding of quasar feedback, and its role in the evolution of galaxies.

How to quench a galaxy