Title: 8 in 10 Stars in the Milky Way Bulge Experience Stellar Encounters Within 1000 AU in a Gigayear

Our galactic bulge is densely populated with stars. More stars implies more planets, and hence more chances of detecting life. If you were tasked with searching for extraterrestrial life in our galaxy using a powerful enough telescope within a tight deadline, you may think your best bet would be to point it towards the central bulge. Is it really so? 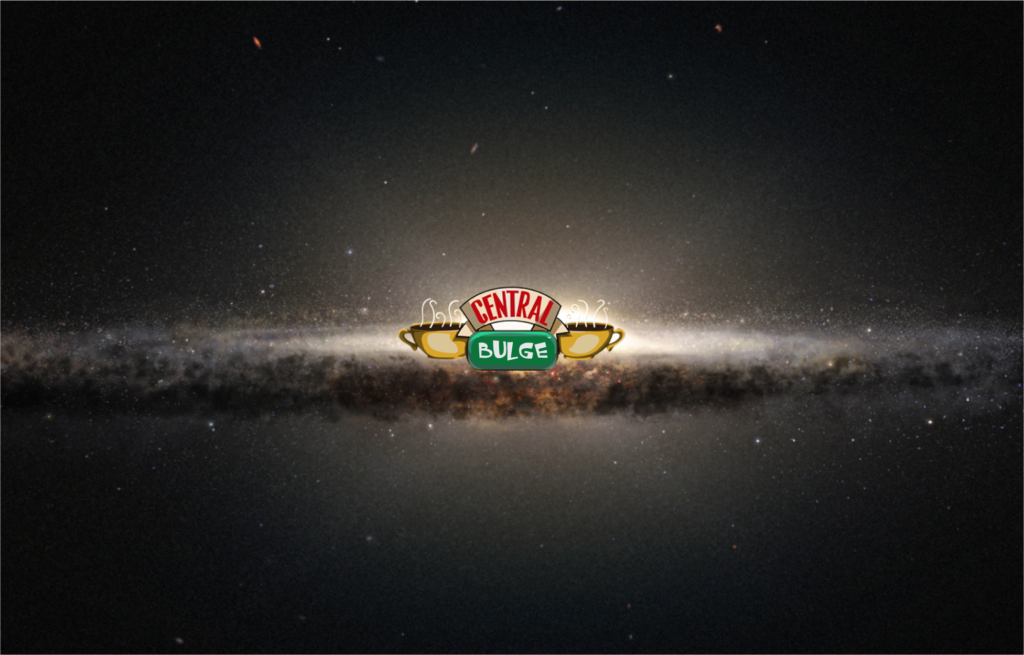 To meet more eccentric stars more often, Central Bulge is the place to be!

We reside in a relatively quiet suburb of the Milky Way, in the outer reaches of the Orion arm of the spiral galaxy. Space is so vast and empty that we need to shrink our perspective to grasp its expanse. Imagine if the Sun were a U.S. quarter placed on the home plate of the Yankee Stadium in New York City, a city that better approximates the crowded galactic core. The Earth, then, would be at a distance of 2 and a half baseball bats lined away from it – this is one Astronomical Unit (A.U.) Our planet would also be reduced to a grain of sand, but let’s focus on the distances here.

The first five planets, up to Jupiter, all lie within the pitcher’s mound. The farthest planet, Neptune, still lies within the field but closer to the edge. To hit a home run, you will need to clear Pluto, which forms the boundary of our model since it will always be a part of our mind’s picture of the solar system. While the solar system technically extends beyond this, just how far from the Yankee stadium model does our closest stellar neighbour, Proxima Centauri lie? It is 4.2 light years away, which is equal to 265,613 A.U. This takes it to an astounding 650 km away from New York in our model, which is as far to the west as Cleveland, Ohio! 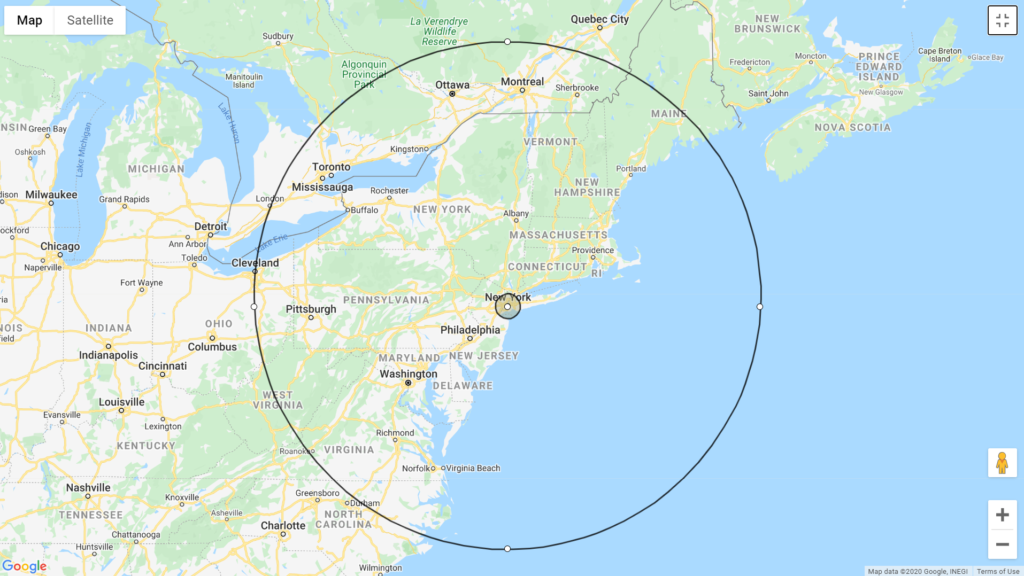 Figure 1: Scaled distance of Proxima Centauri from the Sun, which is a quarter on the home plate of the Yankee stadium, New York City. The small inner circle represents a diameter of 1000 A.U., which is how close stars in an encounter come to each other in this study.

Stellar social distancing is a good thing for the survival of planets. If not obeyed, close stellar encounters can disrupt planetary orbits and even knock them off their host star. For planets that do hold on, proximity to massive, hot-headed stars and their ensuing supernova explosions can sterilize their atmospheres due to showers of x-rays, ultraviolet radiation and gamma ray bursts. Studies have also shown that supermassive black holes, which lie at the core of most galaxies, also play a role in disrupting nearby stars and planets. The population density of stars and other agents of chaos increases as we go towards the interior of the galaxy, and hence it is hard to sustain stable planetary systems that can harbor life.

Since most exoplanet surveys have detection ranges within a few hundred parsecs, little is known about the fate of planetary systems in the Milky Way bulge. To see if they are affected by stellar dynamics, the authors of today’s paper make an effort to quantify the frequency of close encounters experienced by stars living in the galactic bulge. To achieve this, they simulate orbits of stars with varying energies and angular momenta in this environment (Figure 2), and analytically estimate their encounter rates.

Figure 2. 2D plane projections of simulated orbits of 10 randomly selected stars from the bulge, over a timescale of a 100 million years. Unlike disk stars, the orbits of bulge stars show a high eccentricity.

The researchers define a close encounter as any neighboring star coming within a distance of 1000 A.U., which, in our scale model, barely encircles New York City (see Figure 1). Their integrated orbital simulation tracks the position of every star at a given time step, and hence they can determine how many stars come within 1000 A.U. of each other at that time step. Since the total number of stars in the bulge is too enormous (~1010) to run computationally, the researchers deploy a semi-analytic approach which uses their collective properties, in particular the number density of stars and their velocity dispersion to estimate the rate of encounters.

What they found is summarized in Figure 3. Life on Earth took more than a billion years to form, with more complex beings evolving more than 3 billion years later. Here, the authors plot how many stars in the bulge face different numbers of encounters within a timespan of a billion years. Even a single encounter can potentially inhibit formation of life on a habitable planet. They find that 8 in 10 stars in the Milky Way bulge face at least one encounter within a distance of 1000 A.U. per billion years. About a half of them have as many as 35 such encounters in this timeframe. A little under 40 percent of stars even come as close as 100 A.U. to each other, almost bringing them into the parking lots of our Yankee stadium model. 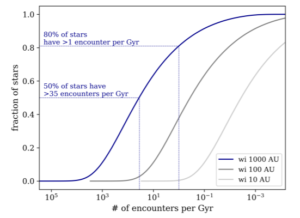 Figure 3. Distribution of the fraction of stars in the bulge facing different numbers of encounters in a timespan of 1 billion years. The 3 curves represent encounters within 1000, 100 and 10 A.U., successively posing a greater threat to any planetary systems that exist around them.

Knowing all this, if you’re a good astronomer, you might want to direct your life-searching efforts to another place, while finding solace in the fact that a lack of interaction is actually good for life in general.